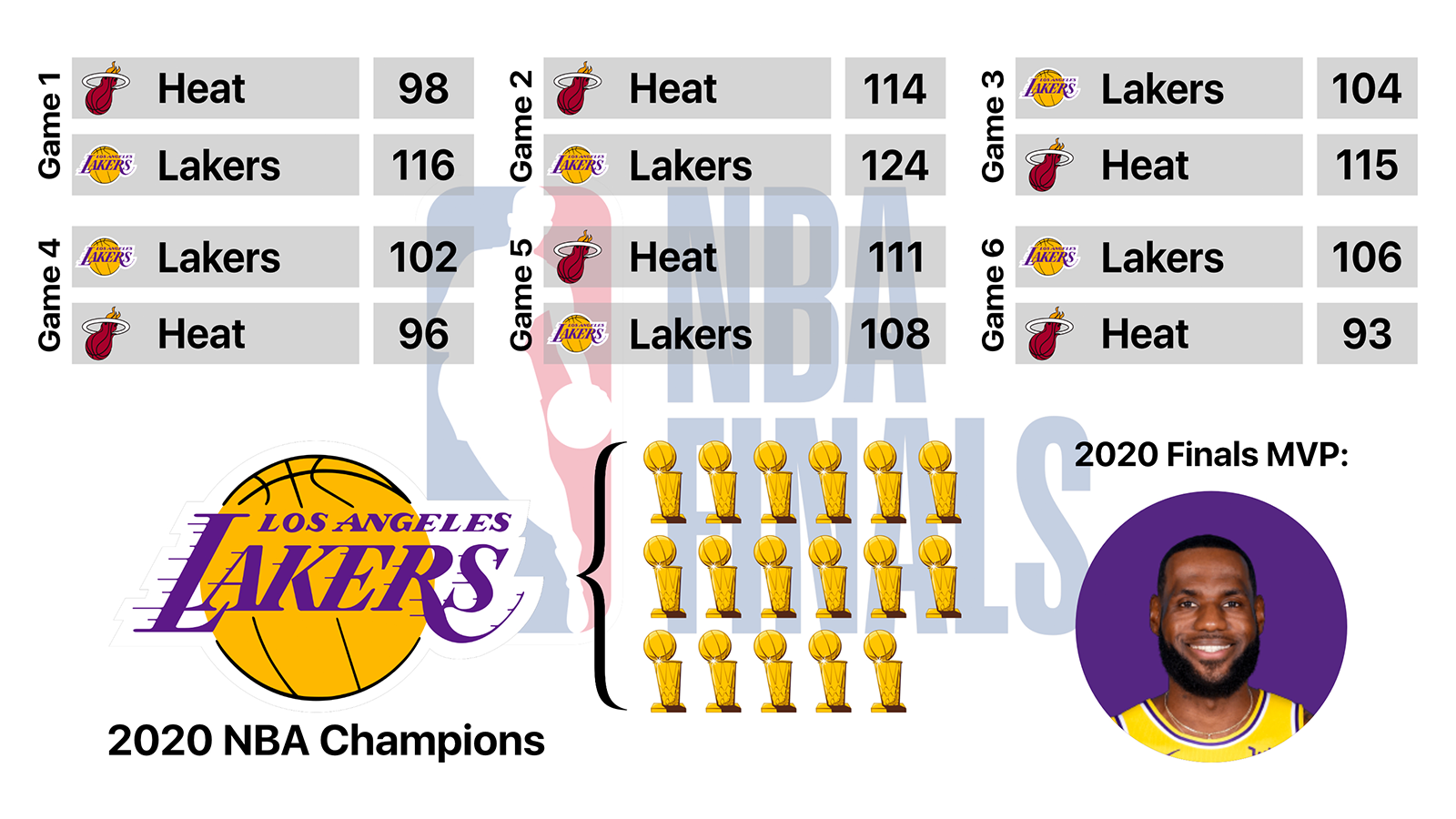 After watching the NBA Finals this year, I am ashamed to say that I even thought for a second that the Heat had a chance to win the title. Lebron and Anthony Davis truly looked like the two best players in the league. While the injuries to Goran Dragic and Bam Adebayo hindered the Heat from establishing themselves early in the series, it seems as though Lebron’s determination would never have allowed the Heat to come close.

After starting off Game 1 with a 13-point lead, the Heat were quickly outdone by the Lakers’s surprising shooting performance at the beginning of the game (68.4% from three). Although the Lakers went cold near the end of the game, there was nothing Jimmy Butler and the Heat could have done at that point. The second game was more of the same. Although the Heat’s performance from the free-throw line outdid the Lakers’, Lebron and AD combined for 65 points and 64.4% shooting and overwhelmed Miami. Additionally, Anthony Davis became only the fifth player in NBA history to score 30 points in each of his first two NBA Finals games. Just when it looked like the Lakers were going to run away with the title, Jimmy Butler led Miami with 40 points on 70% shooting – the only such game in NBA Finals history. Perhaps most impressive is that Jimmy Butler scored or assisted on 73 points, and he is only the second player in NBA history to do so.

After three games, the series looked pretty close at 2 games to 1. In Game 4, Kentavious Caldwell-Pope redeemed himself after a lackluster performance throughout the playoffs (to put it mildly) with 15 points and two big buckets towards the end of the game. The Heat, on the other hand, struggled as only two players (Robinson and Adebayo) made half of their shots. After Game 4, LA was just one game away from the ring; however, they would have to get through Jimmy Butler first. In Game 5, Butler finished with a 35-point triple-double, his second of the series. In addition to Jimmy’s historic accomplishment, Miami had twice as many double-digit scorers as the Lakers, which was how they overcame Lebron’s 40-point performance. In Game 5, Jimmy’s heroism proved to be less-than-enough. Lebron outshone Butler with a 28-point triple double, his 28th in the postseason. The most surprising performance of the night was Rajon Rondo coming off the bench with 19 points on 72% shooting.

Jimmy Butler’s performance was unforgettable, but he unfortunately had to face off against the best duo in the league. The fact that anyone thought that the Lakers were going to lose and that the Clippers were the favorite is absolutely insane. The Lebron/Davis combo is unstoppable, much more so than the Leonard/Pandemic P (Paul George) combo. Also, after watching this series, it’s a bit harder to completely drone out the MJ v. Lebron debate, as I have always done in the past. One of the main pieces of evidence – rings – is looking a little too close for the comfort of Jordan fans. Jordan won 6 NBA Finals (and never lost in the Finals, by the way), compared to Lebron’s now 4 rings. Will he ever reach 6? Will the Lebron/AD combo stick together like the Scottie/MJ combo? These are all questions that will be answered in the coming years, and I can’t wait to see.