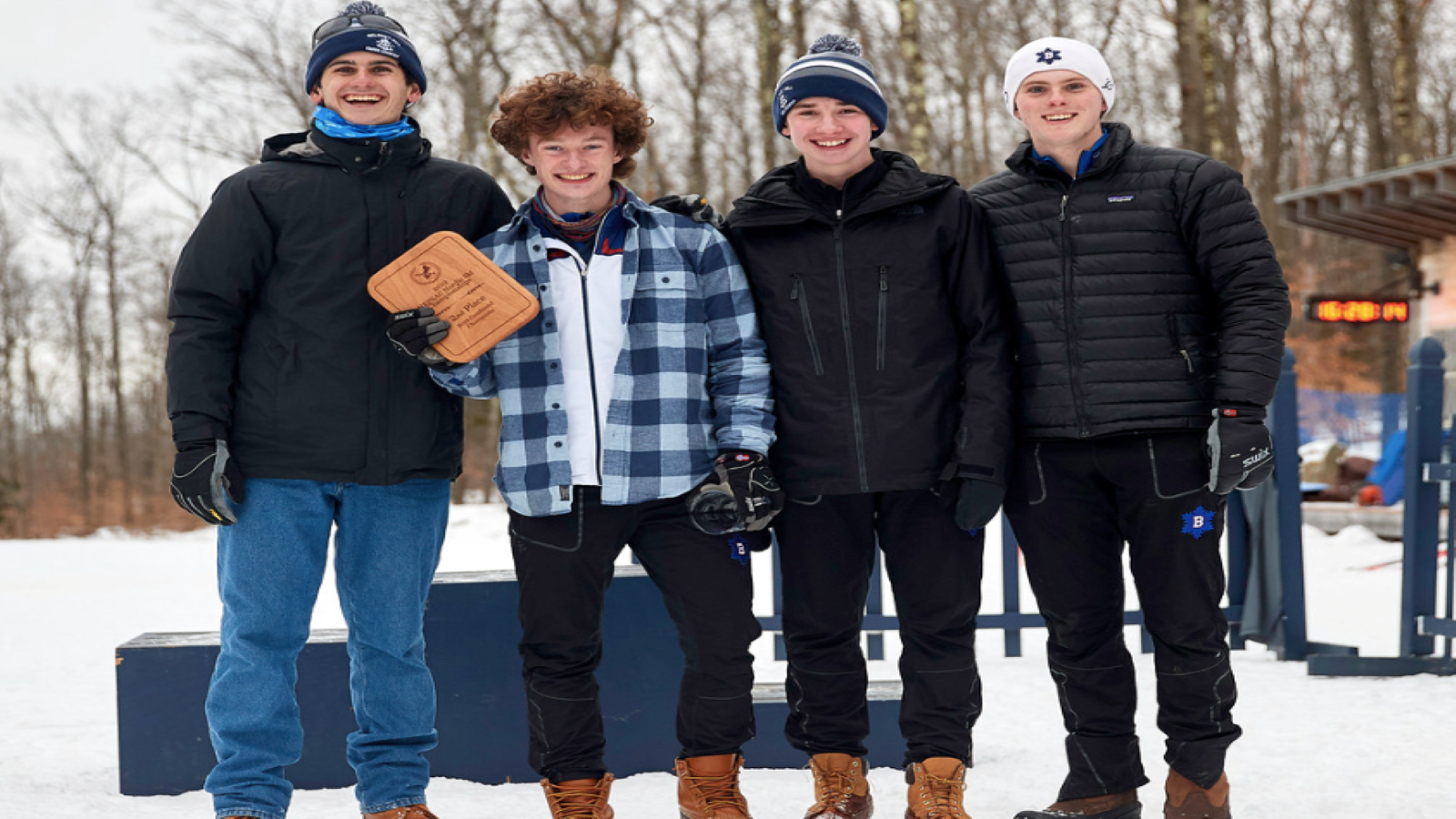 Following what was undoubtedly the best year for Nordic Skiing in recent memory, this year’s team hopes to soar to even greater heights. Last year, the team secured a first-place finish in the Lakes Region championship and second-place in the NEPSAC, both for the first time in the team’s history. This year, coach Courtney, DeCaprio, and Kirby hope to lead the team once again to a Lakes Region championship and to secure the team’s first-ever NEPSAC championship. The team lost only one scoring senior to the graduating class last year, with James Eysenbach having gone on to ski as a walk-on at Bowdoin. Aidan McGaugh has returned for his second year as the captain of the team, and after finishing third overall in the NEPSAC championship as a Junior, he is hoping to win it all this year. Captain Charlie Donahue is excited to return to the snow for a 6th year, having practiced hard over the summer on his roller skis. Along with them is junior Christiaan Eikeboom, who finished 11th in the ISL last year. The 4th place spot is up for grabs, with a number of talented skiers vying for it. Looking farther into the future, the ski team has recently had an influx of younger skiers, such as Tim Hebard ‘23, Brian Lee ‘24, John Luehrman ‘24, Will Walton ‘25, Davis Woolbert ‘25, who can hopefully carry the team from its few-year hot streak into a full-fledged dynasty.