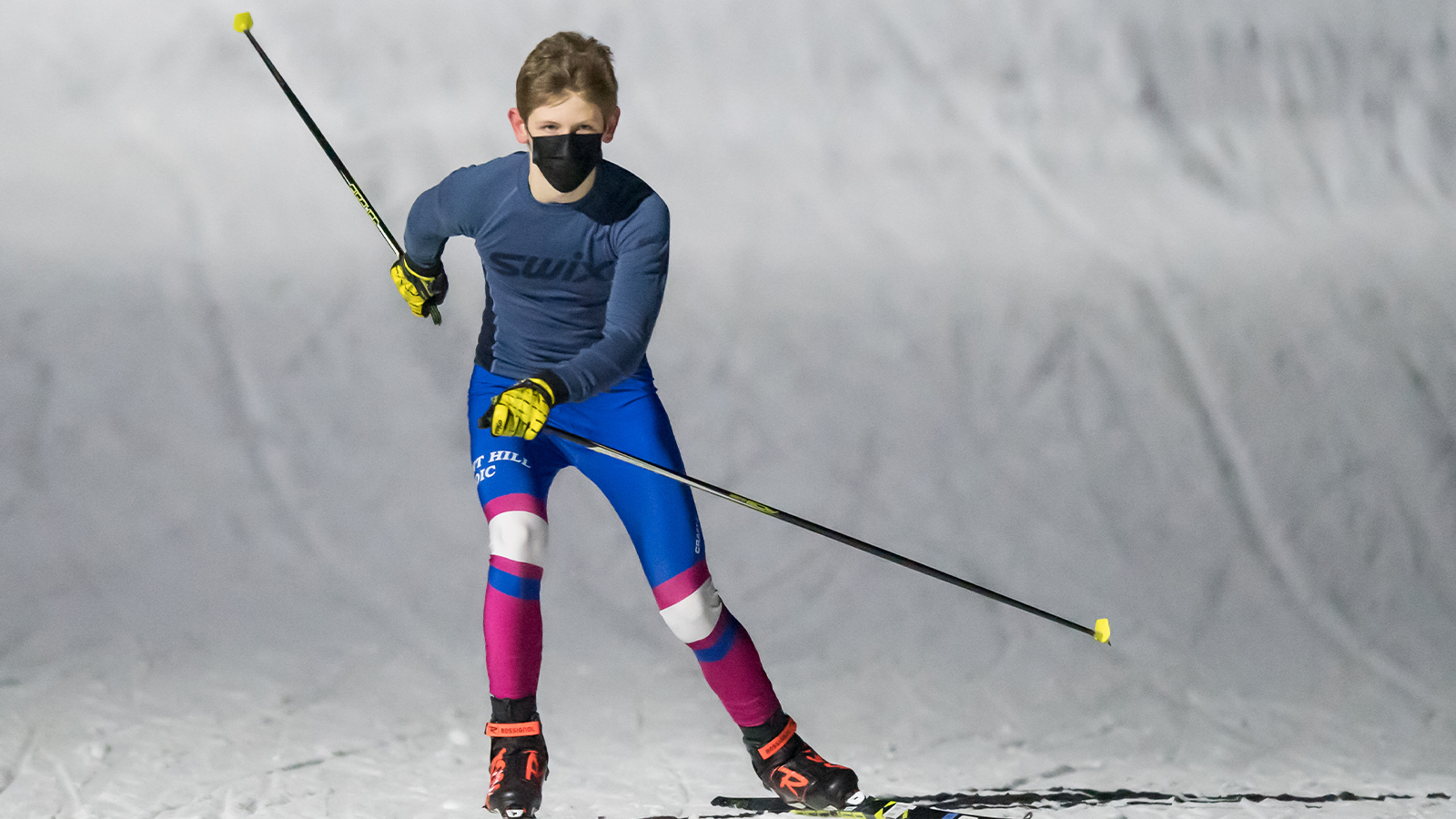 As the weather warms and snow continues to melt, Nordic skiing, along with the rest of the winter sports, has come to an end. However, during the 2020-2021 season, the skiers made great progress in developing their skills despite the restrictions of the pandemic. Nordic skiing was minimally affected by COVID, with practices held typically four to five times a week. Though racing opportunities were few and far between as the team was unable to travel up north to battle against New Hampshire and Vermont schools, coaches Ahearne and DeCaprio still found ways to organize competition. The team’s first race was against Rivers, with a 5 km course around the 1 km loop. Skiers were released in 15-second intervals to follow social distancing protocols and ensure their safety, sent to brave the steep uphills, icy downhills, winding turns, and the slalom.

The entire Rivers team had been released before Belmont Hill, providing the skiers with additional motivation to pursue and overtake them. In the end, Belmont Hill had placed 5 skiers before the first Rivers skier had even finished, and the first Lakes Region win was added to the record, with a perfect score of 10-26. Following the Rivers race, the Nordic team participated in the Eastern State cup, with captain Christiaan Eikeboom ’21 placing high among tough competition. An opportunity for a classic race, a variant style of nordic skiing, organized by the EMBK league was also offered to the team. Will Walton ’25 and Howard Huang ’22 placed first and third respectively.

Along with formal races, the team also participated in smaller-scale scrimmages, one of which was a 1.5 km relay against the Rivers School where Belmont Hill again was victorious.

Coach DeCaprio was grateful that the team could have a somewhat normal season, stating, “I’m glad we were able to have scrimmages against Rivers and practice every day. We got lots of time on the snow.” Coach Ahearne shared this sentiment and complimented the team’s adaptability, adding, “This season presented our team with significant challenges – from travel restrictions to the lack of snow for the entire month of January, to having far fewer races than a “normal” season would present. Rather than dwelling on the harsh realities that we could not control, however, this team recognized an opportunity to make this season their own. Led by our fabulous seniors, the skiers impressed me each day with their patience, resilience, and positivity. We had a lot of fun this winter–even when we only had 0.5 km of snow to work with –and I am so proud of the team for making the most of the circumstances.”

Under the leadership of captains Eikeboom and Wells, the Nordic team had a largely successful season, and they hope for future Lakes Region and NEPSAC wins in the 2021-2022 season.