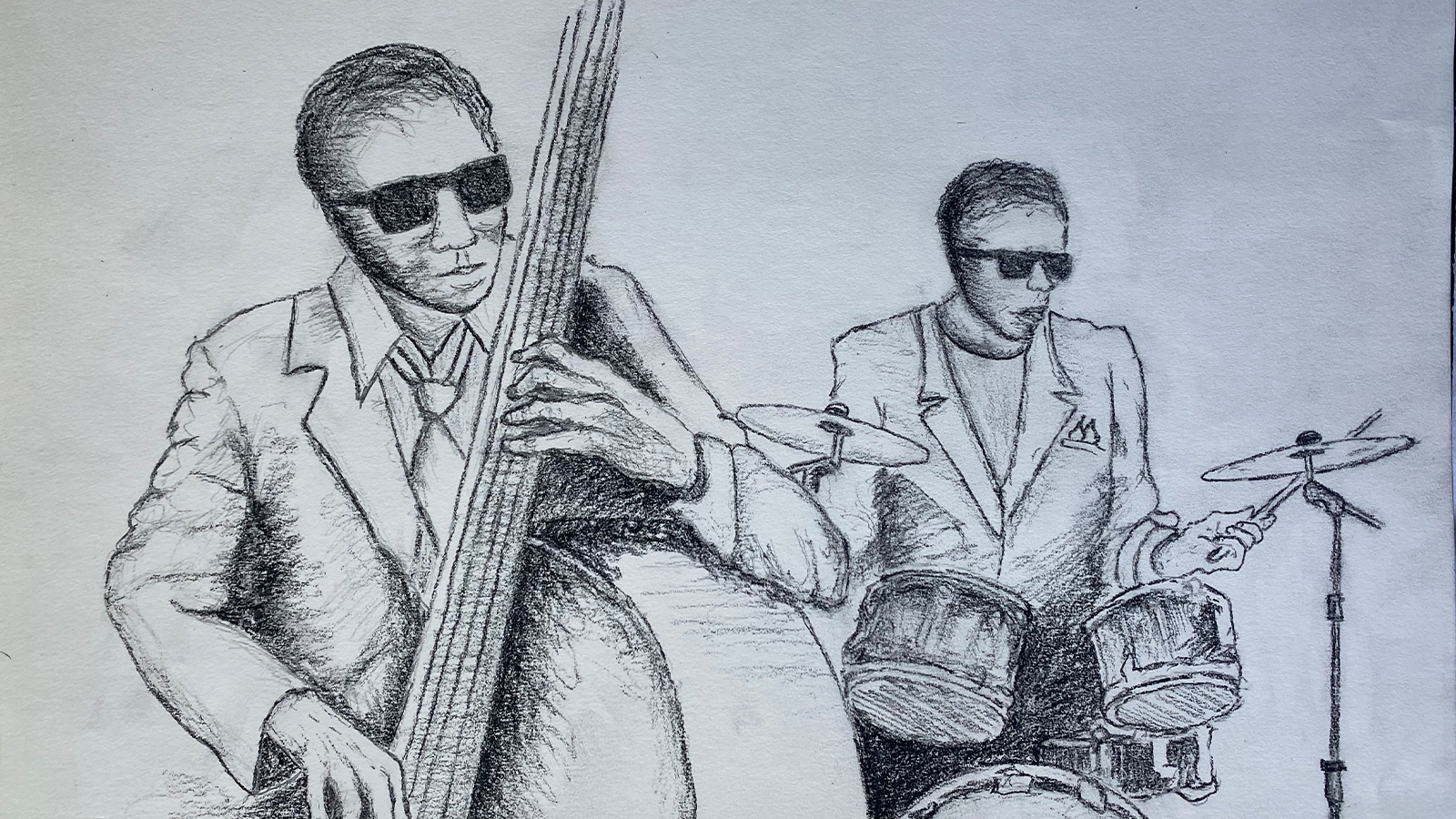 2019-2020 has truly been a remarkable school year for the music ensembles at Belmont Hill. We were lucky this year to not only have Jazz Bands and an Orchestra, but also a Jazz Combo, a group that is not put together every year. The groups, led by their departing senior musicians, all performed multiple times throughout the year, both virtually and to a live audience.

The Upper School Jazz Ensemble thrived this year, with a very large group full of avid musicians. The group was led by seniors Charlie Stevenson, Tim Brown, Artemy Ivanov, and Chip Lincoln. Charlie Stevenson on bass and Chip Lincoln on piano were the backbone of the rhythm section, and Tim Brown on Tenor Sax and Artemy Ivanov on Alto Sax provided the melodies. The group performed at the fall concert and the winter concert as well as the recent virtual spring performing arts night.

The Jazz Combo had a great year, with many of the members who also played in the Jazz Ensemble. Tim Brown and Charlie Stevenson also played in the combo, with Rhocar Constant playing piano for the band. The combo is a smaller group that plays more specialized jazz tunes.

This year’s orchestra did not have any seniors but has a bright future due to its promising younger musicians. The group also played in multiple concerts throughout the year including the fall, winter, and spring concerts.

Disappointingly, the annual jazz night had to be canceled due to the COVID-19 pandemic. This event is typically a very special night as it represents the culmination of the jazz groups’ work over the course of the year. However, the music groups were able to come together to create a virtual spring concert that included both solo and group performances. The musicians each filmed themselves playing their part, and the pieces were then edited together by Mr. Fiori to create full-band performances.

The Jazz Ensemble performed two pieces. The first was One by One by Wayne Shorter, which included a bass solo from Charlie Stevenson. The second was In a Sentimental Mood by Duke Ellington, arranged by Mr. Fiori. The Orchestra also came out in full swing, playing a Mozart Overture and the theme of HBO’s Game of Thrones.

The graduating Class of 2020 was very decorated in regards to the performing arts. They will be missed, and younger musicians have very large shoes to fill in the coming years.