Class of 2020 Excites in the Kraft Theater

Class of 2020 Excites in the Kraft Theater 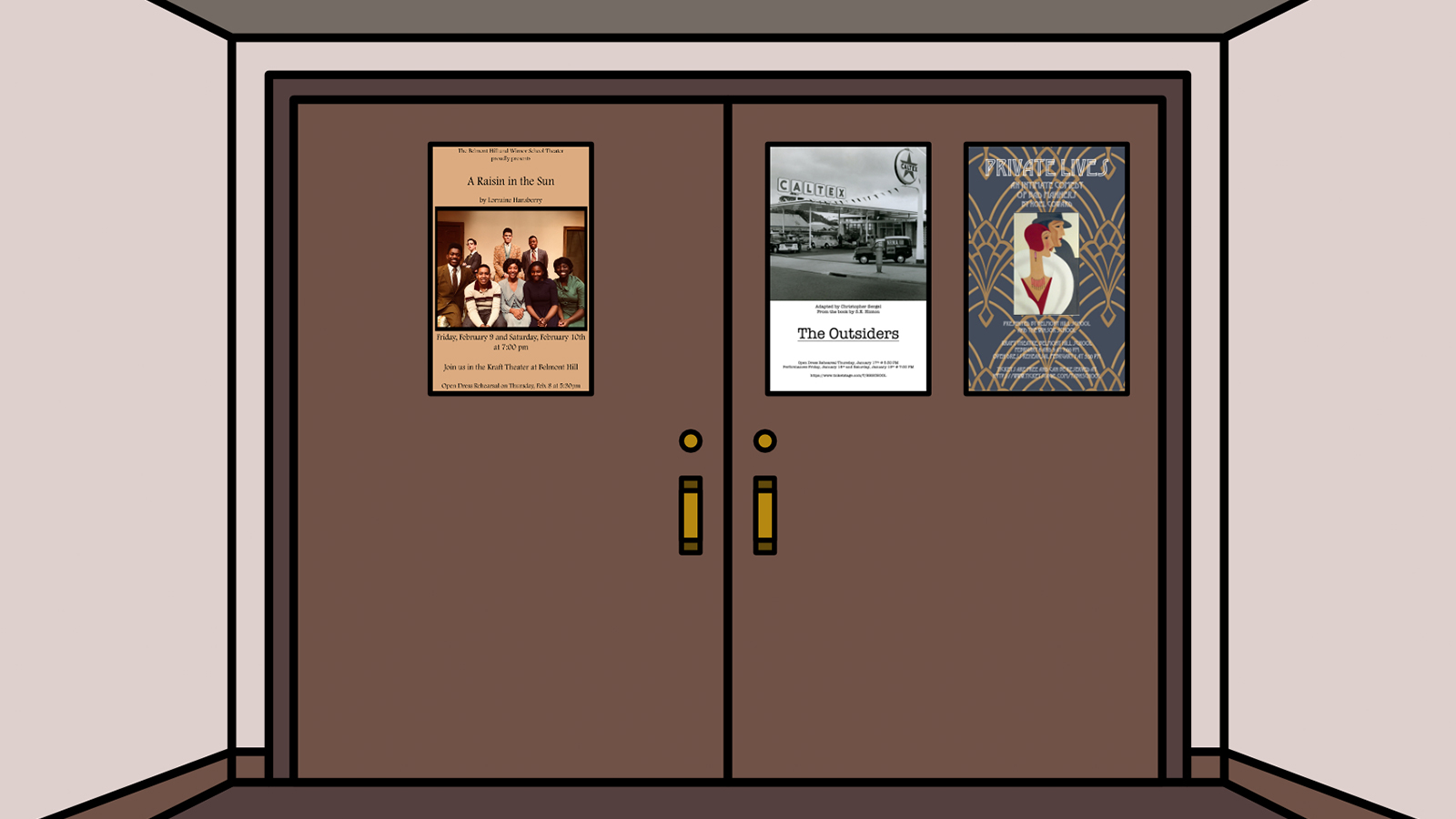 Although the curtains of the Kraft Theater closed early this year, it would be unjust not to pay homage to the graduating seniors who have contributed so much to the Belmont Hill Theater program. Whether these students were in the booth, on the stage, or behind the curtain, their time and effort have made an impression on the Belmont Hill community.

Brady Chitkara, Jack Henehan, Harrison Hill, Stephen Pellegrino, Ryan Bradley, Aidan McGaugh, and Aidan Donnelly all lent their acting abilities to middle school productions. Special notice goes to Jack Henehan for his particularly poignant role as Peter Van Daan in The Diary of Anne Frank, as well as his hysterical work as Sir Charles Baskerville and Mr. Barrymore in Sherlock Holmes: The Hound of the Baskervilles. One of Mr. DiResta’s favorite scenes from the latter involved both of Peter’s characters conversing, an interaction that left the audience in stitches. In middle school, Quinn Richards, Declan McDonough, Jack Olton, Charlie Mullaney, and Rowan Bradlee made significant technical contributions to the theater program. Though their middle school days are far behind them, their effort is commended still.

We honor those whose theatrical careers extended into the Upper School: Tim Brown, Renny Gong, James Markis, and Holden Present in starring roles and Brian Wilkins for tech. Tim Brown has proven to be a thoughtful actor, playing dual roles as George Murchison and Bobo in A Raisin in the Sun. Mr. DiResta says of his performance, “The painful reality of George Murchison was a very difficult role, but one which Tim painstakingly developed, impressed greatly.” Tim’s efforts in contributing to the live theater-film hybrid The Outsiders are also recognized. Mr. Duarte applauds Tim’s work, stating, “Tim Brown was an excellent creative collaborator in the filming of The Outsiders film. He brought a great deal of passion not only to the acting in the piece but in its technical and creative creation.” Another performer of particular note is Renny Gong, who has contributed to multiple projects, which include being my co-star in productions of Private Lives and All in the Timing, as well as representing Belmont Hill last year in Dana Hall’s production of A Chorus Line. I can say personally that Renny has been a delight to work with, and his enthusiasm will be missed. Mr. DiResta shares a similar feeling, telling me, “Renny’s work as Elyot [in Private Lives] brought wonderful humor and some of the more insufferable pieces of human nature to life.” Some of the more unique contributions in the Upper School came from Elias Hyde and Jack Tahan. Elias was responsible for designing several of the posters for our shows while Jack proved an immense help to Mrs. Kaplan in set construction. Though all of these departing seniors will be missed, their work in the theater will not be forgotten. They’re sure to break a leg in whatever the next stage of their life may bring.