Playlist of the Issue: February, 2019

Playlist of the Issue: February, 2019 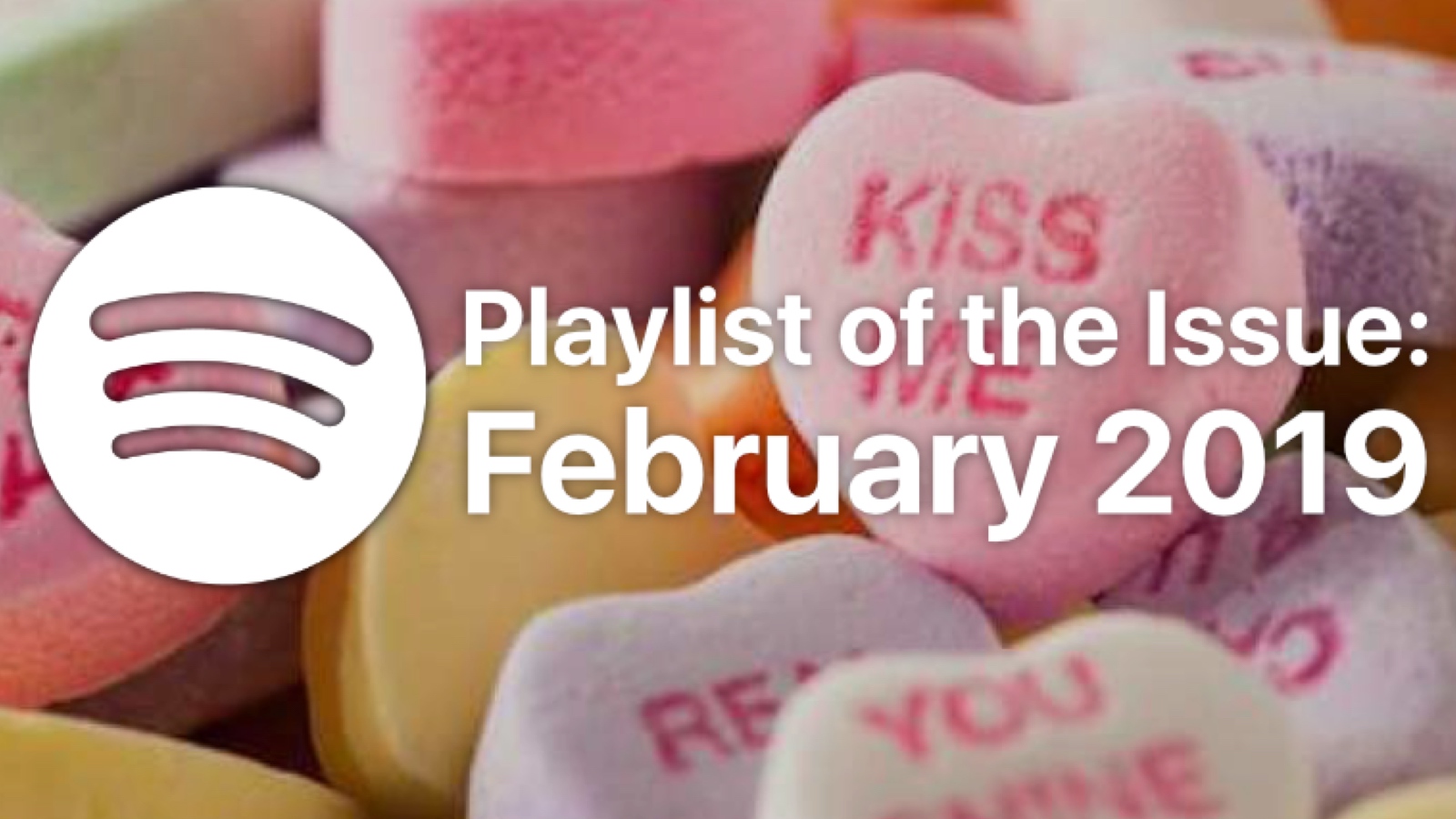 Tom Brady is feeling himself. Not only is the goat in his ninth Super Bowl and *fingers crossed* on the way to his sixth championship ring, but he doesn’t plan on retiring anytime soon. Featured in a video posted by Brady after beating the Chiefs, “Bad Boy For Life” by Diddy perfectly captures his “king of the world” mentality.

In “Love Someone,” Lukas Graham reminds listeners to cherish those you love. Recently re-released as a “Spotify Single” featuring Sabina Ddumba, the song transforms from a heartfelt solo to a powerful duet that will leave listeners rushing to their loved ones.

The collab between Calvin Harris and Rag’n’Bone Man is a pleasant surprise for fans familiar with the two artists. Rag’n’Bone Man’s deep voice, which is often heard on more somber tracks, somehow fits with pop chart regular Calvin Harris’s beats. Together, the unlikely duo produced a catchy, feel-good song that breaks the mold of what runs on repeat on FM radio.

X Ambassadors deliver a pop-rock rallying cry for people determined to succeed in spite of setbacks with “BOOM.” The song especially makes use of changing dynamics, building from low murmuring and bass plucking to defiant singing and guitar shredding.

Although Meek Mill released his latest album, Championships, way back in November 2018, his recent appearance on SNL reminded me how great the album is. From party anthems like “Uptown Vibes” to pre-game pump ups like “Going Bad,” it features many great tracks, but what spoke to me, listening through the album again, was its namesake song, “Championships.” With booming beats and stunning background vocals behind Meek’s bars, “Championships” will help Belmont Hill’s winter athletes find the right headspace as their championship seasons approach.

I’m very hit-or-miss with Frank Ocean. Sometimes, his songs are too slow, while other times Ocean’s tracks should be raking in the Grammy trophies. However, “Swim Good” is a combination of R&B and Pop, one of Ocean’s more popular collaborations. The beat is relatively catchy, and Ocean’s unique voice adds to a musical masterpiece. Give this man a Grammy!

Let it All Work Out – Lil Wayne

Throwing it back slightly to Lil Wayne’s recent album, Tha Carter V, “Let it All Work Out” is a true testament to Wayne’s softer side. Since it’s the final song on the album, the message of the lyrics is simple: Let all your problems work out. Carter truly impressed me on this album, and “Let It All Work Out” is one of his more underrated masterpieces.

Will J. Cole ever stop dropping extremely talented singles? The answer, hopefully, is never. I’m pretty biased to Cole, however; yet this new single displays his quick and catchy tempo. Nothing will top his 2014 album Forest Hills Drive, but “MIDDLE CHILD” could be a glimpse into his future works. Never change, J. Cole.

Have you ever heard the lyrical verse: “Late December back in ‘63, what a very special time for me,” but couldn’t put the verse to a song title? Me neither. However, I recently discovered the name of this song and the verse has been repeating in my head for the past couple of days. A lesser-known band, The Four Seasons produced a few good tracks in the 20th Century. Nonetheless, “December, 1963” will be a timeless song.

It’s not unusual for J. Cole to be featured twice in this column. He only had a minuscule part in “Pretty Little Fears”, but his verse was nothing but powerful. Still, credit is deserved to 6LACK (pronounced “Black”) who produced a solid album as mentioned before. “Pretty Little Fears” is a slower R&B track where both 6LACK and J. Cole shine.