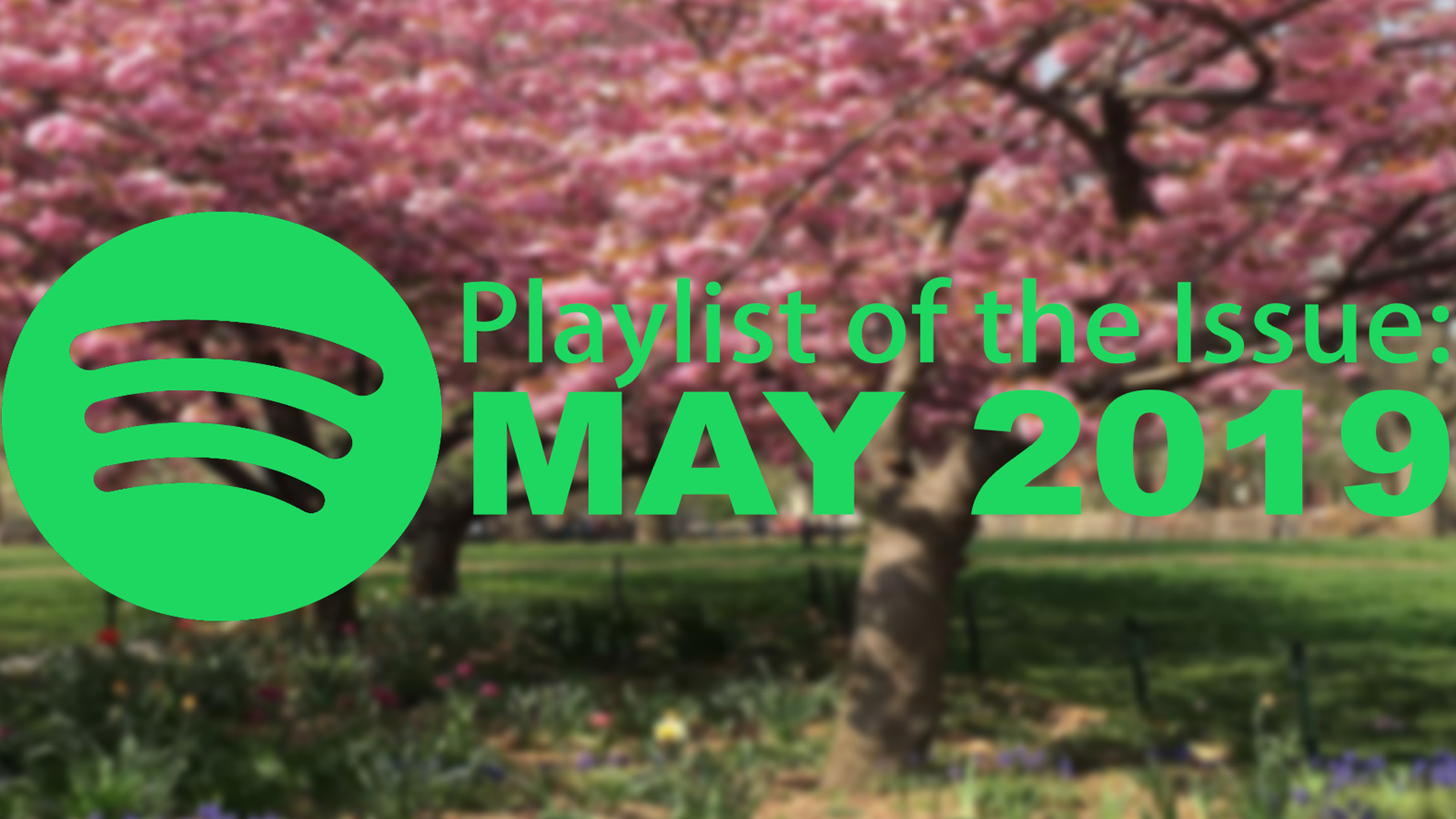 i love you – Billie Eilish

Billie Eilish redefines pop music with her debut album “WHEN WE ALL FALL ASLEEP, WHERE DO WE GO?” On “i love you,” the second to last song on the album, Billie’s voice rings powerful yet breathy, employing her signature ability to sing high, big notes like she’s whispering it. The ascending line of the chorus feels transcendent and potent, holding the listener entranced to her voice. I have not stopped listening to Billie’s new album since its debut.

In light of Kanye’s recent journey to perform gospel versions of his released music as well as new music at what is being called “Sunday Service,” I have been yearning for the release of Kanye’s next album “Yandhi.” In an effort to satisfy recent cravings for Kanye’s gospel-sounding music, I have turned again and again to the revolutionary “Ultralight Beam.” Its smooth, overflowing bass and powerful soulful melodies beg to be played with a really good speaker. The outro of the song, with the choir harmonizing, “Faith, more, safe, war!” guarantees chills with every listen.

Dominic Fike half-raps, half-sings about staying out late and seizing the moment on this feel-good song. When it comes up in my playlists, I always feel an inexplicable urge to get up and dance. Probably my most played song this week, it is pure joy.

Not only is the beat and flow on STAR absolutely fire, the lyrics are varied and full of allusions, making the song engaging and a treat to listen to. In fact the first line of the song gets right into it, “I might go Interstellar // I feel like Matthew McConaughey,” referencing McConaughey’s lead role in Interstellar. In fact, in just the first verse, the song name-drops characters such as Jason Bourne, Jason Statham, Liam Neeson, Gunnar Hansen, Bruce Campbell, Tobin Bell, Anthony Hopkins, Molly Shannon, Seabiscuit, John Wick, Chris Paul, Blake Griffin, Robert Horry, and Obama. A rap-centered, gay “boy-band”, BROCKHAMPTON is truly one of its kind, and deserving of attention.

“A Cappella”, like it’s name suggests, is done completely A Cappella. Daniel Caesar elegantly layers his beautiful, mellow voice on the song to create a transformative, almost religious, experience. At just 1 minute 28 seconds, the song is considerably shorter than most songs and leaves the listener longing for more. He sings about God, and emphasizes the importance of staying strong in one’s faith: “If we lift our voices high // Evil forces pass us by // And our cause will never die.” This genuinely divine song was my first introduction to Daniel Caesar, and since then, he’s been one of my favorite artists. If you listen to just one song on this playlist, make sure it is this one.

If you enjoyed Marshmello and Bastille’s earlier hit single, Happier, you are sure to love this song.  Personally, I have to come to love the melodic chemistry between Marshmello and Bastille, and, quite honestly, Grip is my favorite EDM song now.  A deserving follow-up to their past success, Grip infuses Marshmello’s electric beats with Bastille’s distinguished vocals to create a textbook-written EDM single.  Although the song is overall structured rather simply, the melody is catchy, and the beat drop hits hard. If you are ever in the need for some energy, Grip is sure to get your blood pumping.

Often lost within NAV’s more “popular” songs, Freshman List is everything you like in a typical NAV song.  Offering a catchy beat and a subtle yet appreciable harmony, the song is sure to earn a place on your playlist.  In the song, NAV sings of his disdain toward the XXL Freshman List, a list notable for including the top up-and-comers in today’s rap game. After refusing to appear on the XXL Freshman List, NAV asserts in his lyrics that he is still the “rookie of the year”.  Expressing some animosity in his typically soft beats, NAV’s Freshman List is a gem that should not be overlooked.

I recently re-heard the song in the fan favorite movie, Bumblebee, and let me say: it’s a banger.  The chart-topping 1986 single cultivates a pleasant almost disco-like atmosphere. With a mixture of vibrant instruments, such as the 1980s-famous synthesizer, the song’s melody is sure to get you into groovy feel.  Perfect for car drives in the summer, if older songs are your thing, give Higher Love a listen.

This song’s for all the Mumford & Sons fans out there.  Although Mumford & Sons have had a noticeable drop in popularity over the last few years, their new song, Guiding Light, will most definitely reinvigorate their lost fans.  Utilizing their unique selection of instruments, Mumford & Sons balance their notorious alternative style with a more modern pop presence to produce a vibrant melody. Regardless of how you feel about Mumford & Sons, give Guiding Light a chance, and don’t sleep on Mumford & Sons.

Okay, this is my one real “mainstream” song of the list, but Pure Water deserves some credit.  An unusual collab with Migos and Mustard, the duo works magic on their trending hit single. The beat is catchy, and the melodic riff is quite electrifying.  Although the verses can be rather repetitive like all other rap songs, if you’re in the mood, Pure Water will serve to get you hyped.