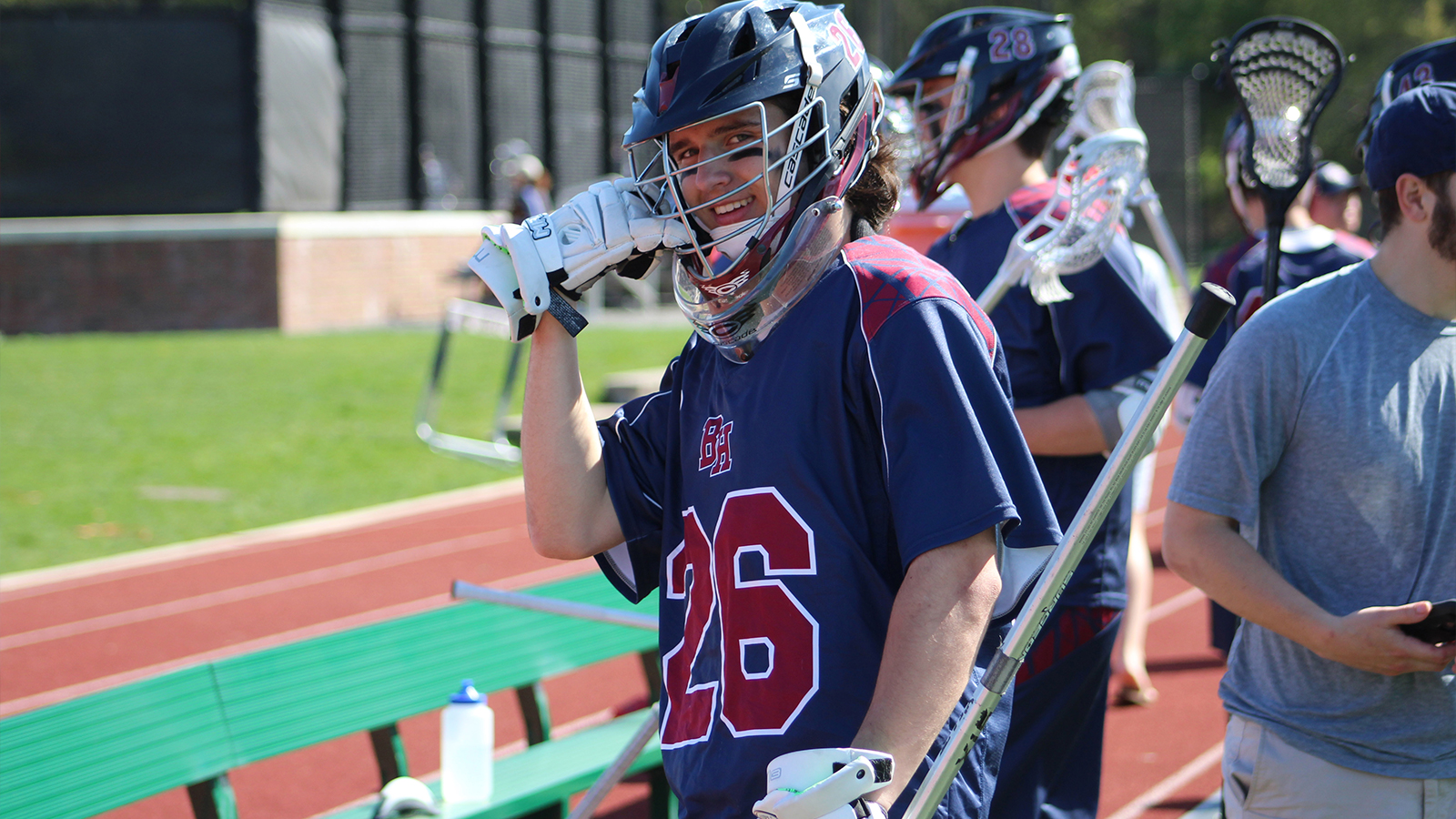 As the school year comes to an end, sadly, one of Belmont Hill’s top lacrosse players and skiers departs as well. Quinn Richards ’20 has been a lacrosse player ever since joining Belmont Hill in Form II and is also one of the captains for this year’s varsity team. Also a member of Varsity Alpine Skiing, he was voted in as captain two years in a row. To review his overall athletic experience at Belmont Hill, I asked Quinn to reminisce about his experience and highlights throughout his years.

When asked about his best experience in Belmont Hill athletics, he responded that being named MVP of the lacrosse team his junior year was his highlight. He said this honor meant a lot as he was able to prove himself after backing up Danny Hincks in his sophomore year. Quinn said that his most inspirational coach throughout his Belmont Hill experience would be Coach Sullivan (Varsity Lacrosse Head Coach) who responded that Quinn, “led and backstopped a defense that allowed an ISL low 5.2 goals per game and saved almost 70% of the shots that he faced”. When asked, Quinn said that Coach Sullivan “always saw my potential and pushed me to be the best goalie and leader I could be. I would not have my success in lacrosse without him.” Due to COVID-19, Quinn was disappointed to not be able to play this year as captain, but stated that the team was “an amazing group of guys” and that he “would have had a lot of fun leading them this year.”

On the other side of the field, Quinn has been captain of the varsity alpine skiing team for two years. Quinn has enjoyed the ski program’s rare combination of the Middle and Upper School. He says that over his five years, he has been able to build relationships across the forms and in the last two years as captain, Quinn has felt fortunate to be able to lead a wide variety of kids which he says taught him “about what it means to be a captain and a leader”.

Quinn will be attending the United States Air Force Academy (USAF) as a lacrosse recruit. He talked about his recruitment process as having ups and downs but was thrilled to receive a call from the Air Force Academy coach on July 1st, 2018. After visiting the school, he knew that USAF was the place he wanted to be because the “USAF will give me the opportunity to compete for a National Championship while representing my country, and I don’t think it gets much better than that.”

“Belmont Hill has shaped me into the person I am today and for that I will always be thankful. I’m really going to miss it while I’m at the Academy next year,” Quinn responded about his overall Belmont Hill experience. To round out Quinn’s impact on the lacrosse program and Belmont Hill, Coach Sullivan stated, “Quinn has had a remarkable career at Belmont Hill in the classroom, on the slopes, and on the lacrosse field. Quinn’s junior year in net was the very best by a goalie in the almost 40-year history of the lacrosse program. I was so looking forward to his senior year and his hard work and leadership on what was going to be an outstanding team. I look forward to following his career at the USAF.”

The Panel wishes Quinn the best of luck in his future at USAF and we look forward to seeing what he accomplishes.