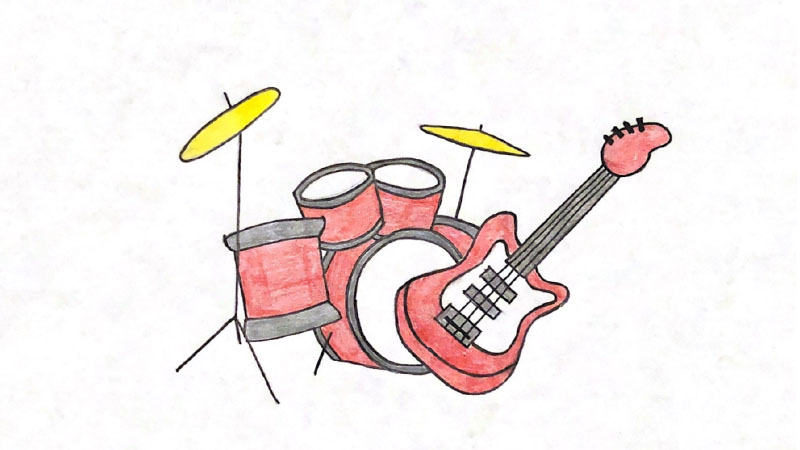 Along with other musical groups, the Rock Band has returned for the first time in two years. The Rock Band is unique among the school’s musical groups, being one of the only student-led groups, and has an interesting group dynamic as a result. The band’s leader, Charles Geddes ’22, believes that the student-led dynamic of the band contributes to a democratic and natural atmosphere where all of the members feel free to express their opinions and enjoy themselves. Additionally, the relatively small group size of seven musicians allows the group to communicate closely and for each member provide a substantial contribution. The group consists of three guitarists, a keyboard player, a drummer, a bassist, and a singer, so despite the small group size, they have the numbers to play many of the most popular rock songs. Even with the small group size and student-led structure, the group has been able to maintain a high level of productivity, as they are currently rehearsing two songs for the upcoming Coffee House. The school is looking forward to seeing this talented group of musicians play in their performances this year, and the band welcomes anyone to stop by and see how they can help!