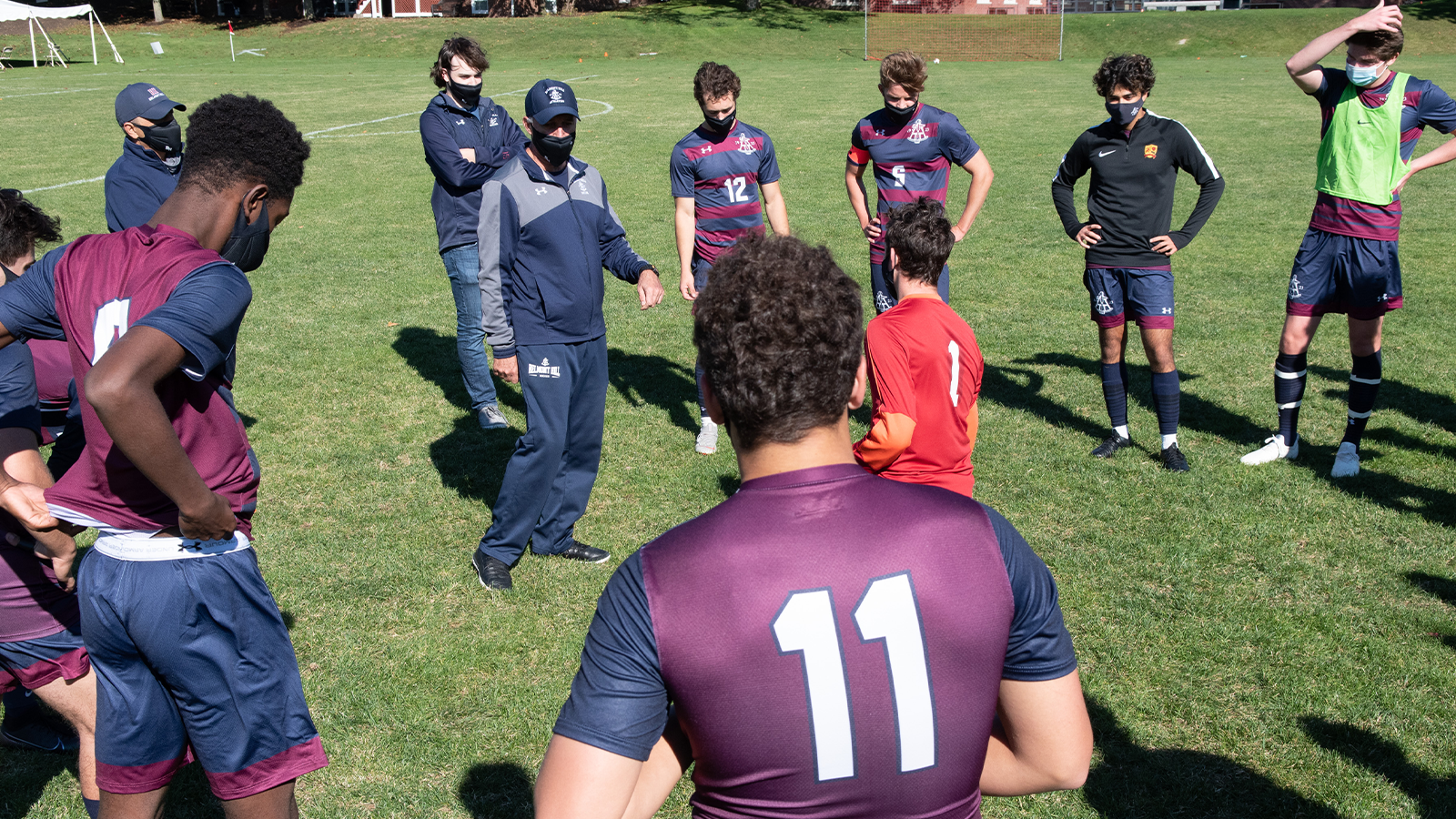 Belmont Hill’s Varsity soccer team had a strong season this fall, despite the challenging circumstances that make team sports of any kind a daunting task. Like all teams on campus, they only practiced two days a week, and they were also subject to statewide regulations that prohibited heading the ball and mandated masks. Additionally, the team was limited to only four games this year, far fewer than the twenty-plus games in a typical season. Even so, the team made the best of the situation and finished with a 2-1-1 record. The team triumphed over Nobles with a late goal to put the team up 2-1, and also beat St. Sebastians, both impressive accomplishments. Additionally, they tied a solid Rivers team.

The team was led by a tight-knit group of seniors and captained by Erick Silva and Will Dean, who led the team on and off the field. Coach Montoya praised the two of them by saying that they, “lead out on the field by being great players, but they are boys of good character, and the rest of the team looks up to them.” Along with the captains, the team benefited from the contributions of numerous seniors, including Mateen Nickpour-Reyes, Matthew Britt-Webb, Jayson Firmin, Alex Atalla, Chris O’Connell, Charlie Penzone and Riley Shafer. These outgoing seniors were instrumental in the team’s success over the past three seasons, and the younger members of the team will have large shoes to fill in coming years.

Despite the pandemic that threatened to cancel the season, Belmont Hill’s Varsity soccer team thrived and had a successful season. The team has multiple sophomores and juniors who will step up to leadership roles next fall, and the team hopes for another championship season. Coach Montoya and Coach Bracken are proud of the way the team has performed this year, and they will look to continue their run with new players in the coming years.