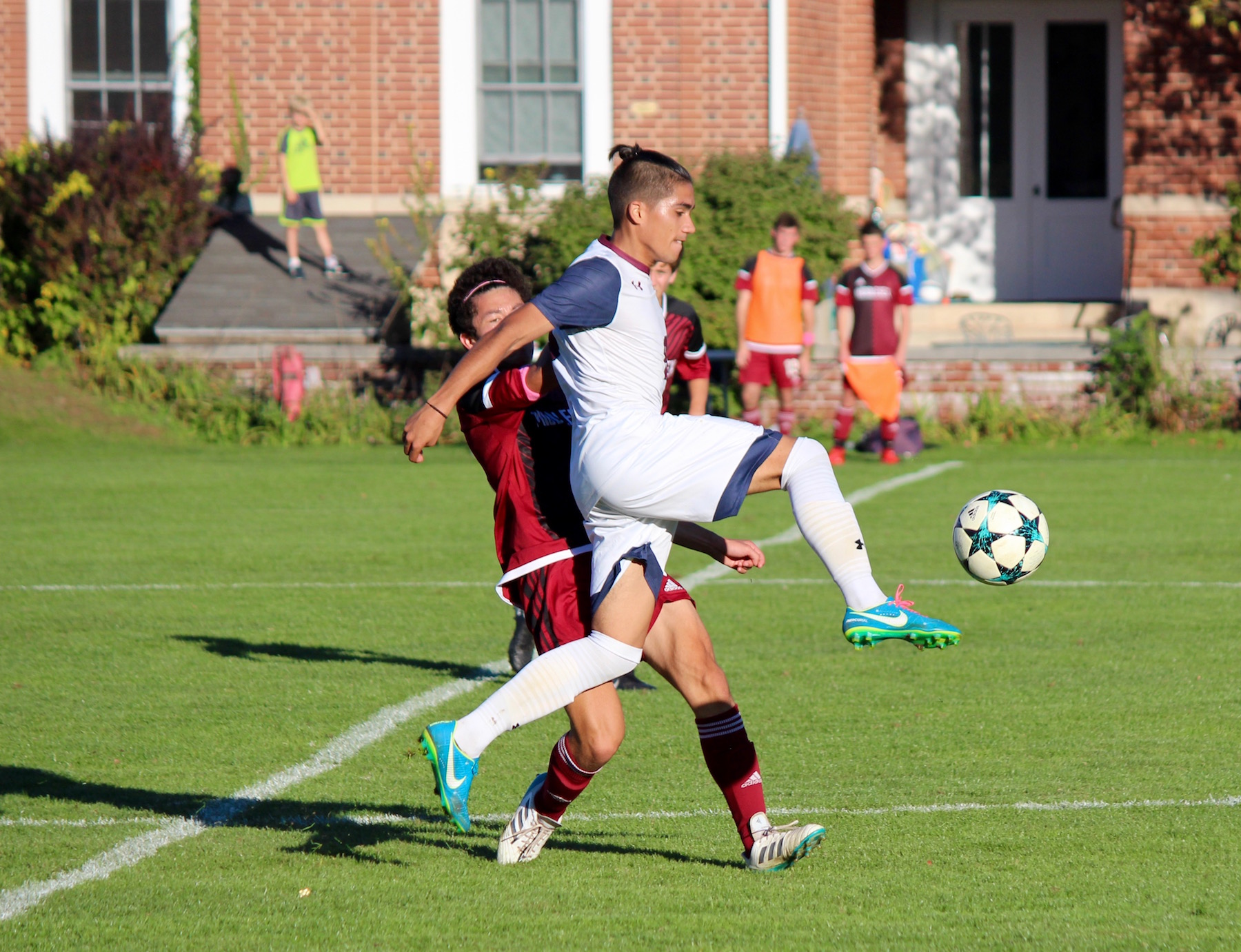 The Belmont Hill Soccer team is nearing the final stretch of regular season play, as there are a mere 5 ISL games remaining. With a league record of 11-2-2, the team sits in second place, behind only Brooks by two points. Saturday October 28th marked perhaps the most important match of the year, as the team defeated Milton Academy by a score of 2-0, another ISL powerhouse and an A School; likely ensuring an invitation to play as one of eight schools in the Class A New England Soccer Tournament. After fighting to a draw against Roxbury Latin and dominating Lawrence Academy in a 6-0 rout, the team finishes with matches against St. Mark’s and Governor’s Academy. Matthew Goncalves ‘20 and Leighton Dolan ‘19 both sit in the top ten on the ISL leaderboard in points, with Matthew in Third and Leighton tied for eighth. Belmont Hill is the only team to have two players in the top ten. The team boasts a 32:10 goals for : goals against ratio, as goaltender James Cahill ‘20 has been a force in the net, compiling six shutouts over ten league games. Supported by a stout defense, including captains Jack Bell ‘18 and Brian Antonelli ‘18, Belmont Hill is one of only three ISL teams to allow 5 or fewer goals.

During a physical game against Brooks under the lights, many players on the team suffered injuries, allowing players who usually don’t see the field as much to step up. Oisin Treanor ‘18 was one of those players, as both starting forwards were injured for part of the game. Although the team did not win, it was crucial for other members of the team to step into a larger role.

Looking forward, the team hopes to make a run at the ISL title as well as to qualify for the New England Tournament for a third consecutive year. For the first time in many years, the ISL is open and ready for a new champion. Although Brooks remains in first place, they still have to play five games, some of which against tough competition, and anything can happen. Belmont Hill’s goal is to do all that they can control: win out in the ISL. After early exits in recent years, the goal is to make it to the semi-finals, and hopefully win it all in the finals. Teams such as Worcester Academy, Berkshire, and Northfield Mount Hermon prove to be consistent competition, but Belmont Hill, when healthy and on its game, is seemingly unbeatable.

Belmont Hill’s 2017 soccer season, although it has faced some adversity, has been a great ride so far, and the team will strive for excellence in the final few weeks, with the finish line fast approaching. As the coaches and captains have repeatedly mentioned, this is our year; Belmont Hill soccer will not go down without a fight, and looks to finish off the season with as much strength and force as possible.