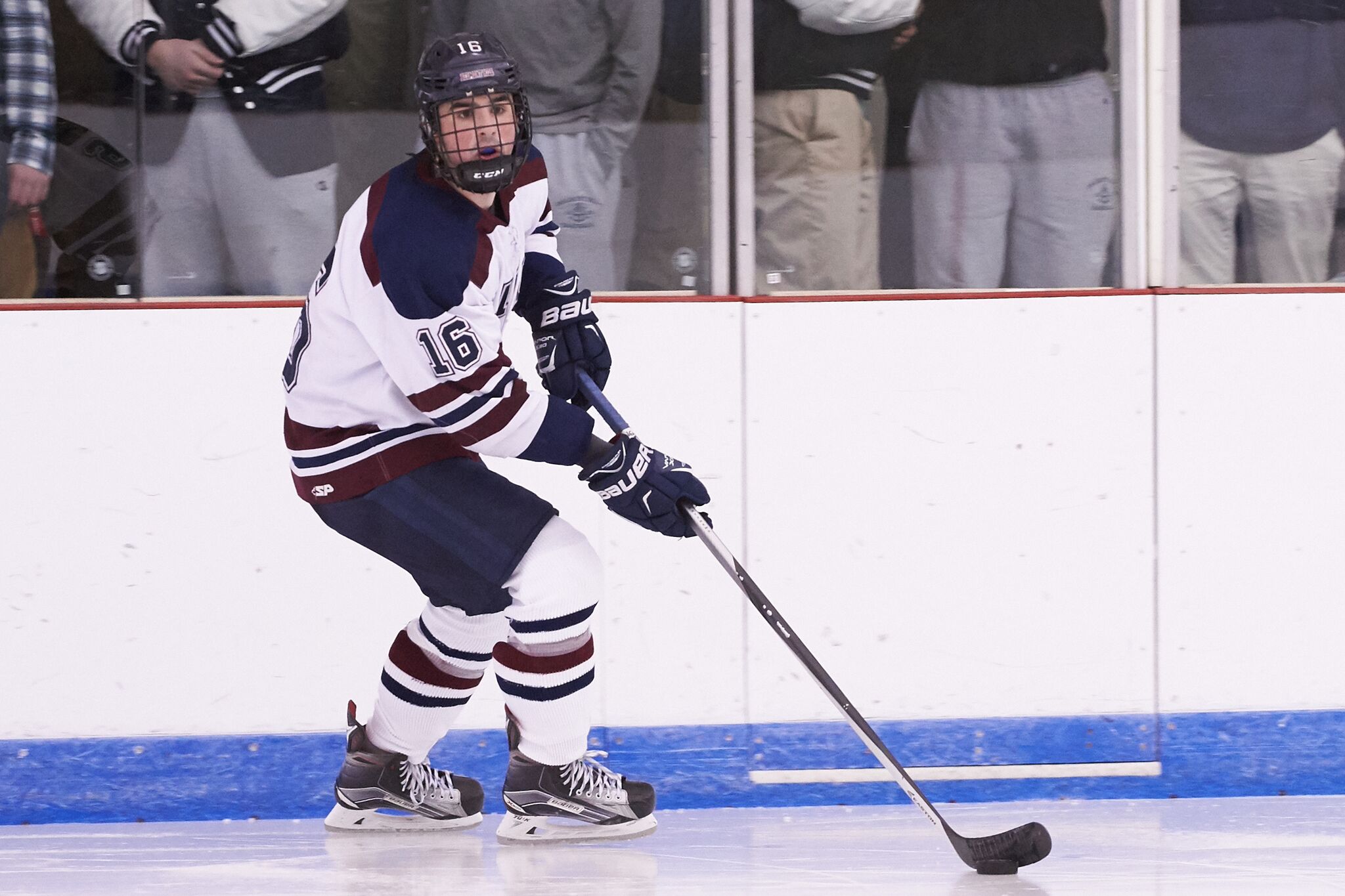 Hockey captain Brian Matthews ‘16 has made incredible strides this season as a starting defenseman, totaling an impressive seven goals and seven assists on a team that has faced both success and challenge from a perennially strong league, earning a record of 11-5-4. A four-year veteran for the team and versatile two-way player, Matthews has played outstandingly well on both sides of the ice while powering through a hip injury. “He’s a great leader who contributes well to the offense and is responsible in the defense zone,” says co-captain David Giunta ‘16. “It’s been great playing alongside him for all these years.” A versatile athlete, Brian has also stood out as a defenseman and face-off specialist on the lacrosse team.

Brian commends the strong work ethic of the group and recognizes the triumphant efforts of new and returning players after several talented seniors graduated last year: “We’ve had a lot of new guys step up and fill difficult roles, which has been huge for us as a team.” Brian also notes that the team’s physicality has seen major improvement from last year, saying, “we’re never shying away from the physical aspect of the game.”

“He leads with both words and example and works incredibly hard – always the first guy on the ice, last guy off. He’s so passionate – he competes so hard,” lauds Coach McCarthy. “He’s playing through injury, which I think is just absolutely remarkable. I think it speaks volumes about his character about his passion and about how much he cares for Belmont Hill’s success and how proud he is to be a member of the Belmont Hill Varsity Hockey team. I think that is the greatest statement I can make about Brian.”

Brian has won an ISL championship, appeared in one New England championship final, and hopes to add another banner or two before the end of the season.

“In the second half of the season, there’s a different feeling in the locker room,” Brian remarks. “It’s easy to tell everyone is pulling on the same rope, ready to make a final push for the ISL and New England Championships.”  After he graduates this spring, Brian will play two years of junior hockey before attending and playing at Yale University.