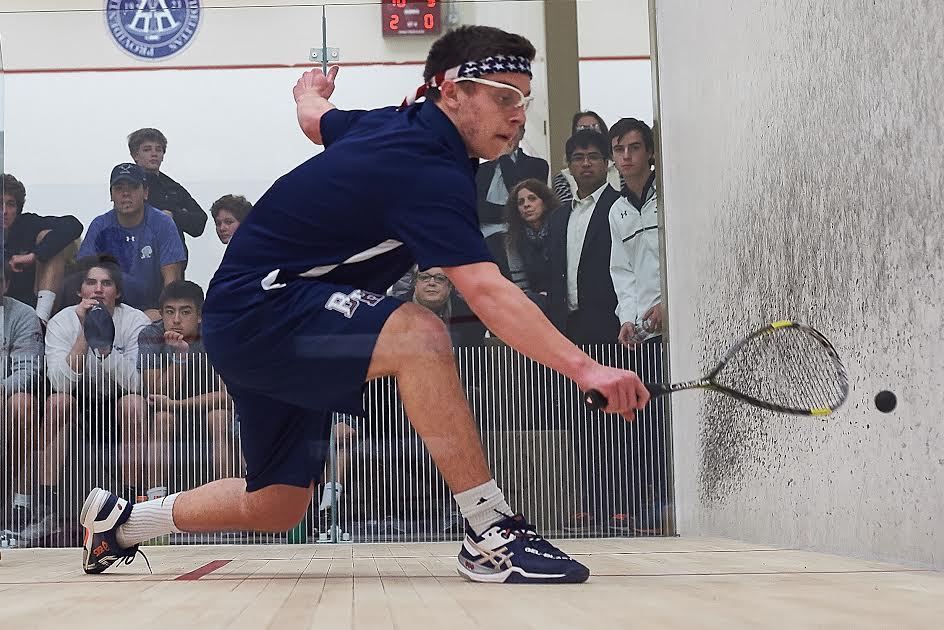 The squash team wrapped up a remarkable season in a strong fashion. On February 11th, both the Varsity and JV teams travelled down to Philadelphia to compete in High School Nationals. The Varsity team competed valiantly; however, they lost to Haverford in the semifinals of the tournament. Nevertheless, the team came back strong and defeated Avon Old Farms to place 3rd place overall in the country. The JV team also had a strong showing, competing in Division V, they made it all the way to the finals but lost in a tough finals to the University School team. After proving that the team was a top national competitor, the Varsity returned to ISL competition to clinch an ISL title defeating St. Paul’s, Brooks, and Milton 7-0, 5-2, and 7-0, respectively. The New England tournament was the final competition of the year for the team. This tournament marked the last time that the seniors: Timmy Brownell, Blake Gilbert-Bono, and Thomas Wolpow, would represent the Belmont Hill squash team. Held at Deerfield, the top seven players each competed in an individual bracket of other players at their position on the team. After the last matches have been completed, how well each member of the team finished determines the team’s final position. Overall, Belmont Hill demonstrated the depth of the team with all seven players placing in the top five of their bracket and the team finishing 2nd overall. Jack Bell and James Bell both won their bracket at positions 3 and 5, upsetting top seeded Brunswick players in the finals. Blake Gilbert-Bono, Thomas Wolpow, and John Paul Champa all came in second. Timmy Brownell, having just resumed play after an injury, placed fourth and Alex Kurtin placed 5th.

Throughout the season, the team persevered through injury and tough matches and their hard work came to fruition in their ISL championship and excellent results at both the New England and National Tournaments. With three seniors in the top seven graduating this year, this season will prove tough to follow up next year; however, with new talented players and hard work, the squash team is looking to improve upon the successes of this past year in the years to come.