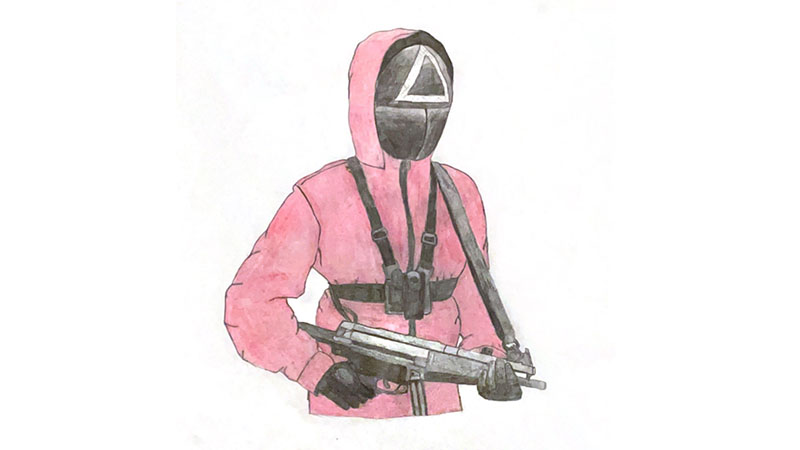 As many know, Squid Game is a Korean drama on Netflix. The show is based around the experiences of Korean individuals in their endeavors to pay off their debts, a task that involves them playing classical Korean children’s games with a fatal twist. Squid Game represents the intricacies of our society and how we view and treat those in debt. It focuses on the struggles of Seong Gi-Hun as he decides whether money is something worth risking his life for. The drama also demonstrates how money can undermine humanity, as the people participating in the games begin to lose all morality. Through the lies and tragedies in the show, we get a sense of a completely devastated society, in which everybody will do anything for their own survival.

The show is completely riveting, with an interesting plot and dynamic characters. Other than the first two episodes, I believe that Squid Game deserves top marks for entertainment, and I believe that many others would agree; its worldwide recognition allowed it to become the #1 show on Netflix in 90 different countries. I strongly recommend Squid Game, as its shock factor and investing storyline provide for an entertaining experience.