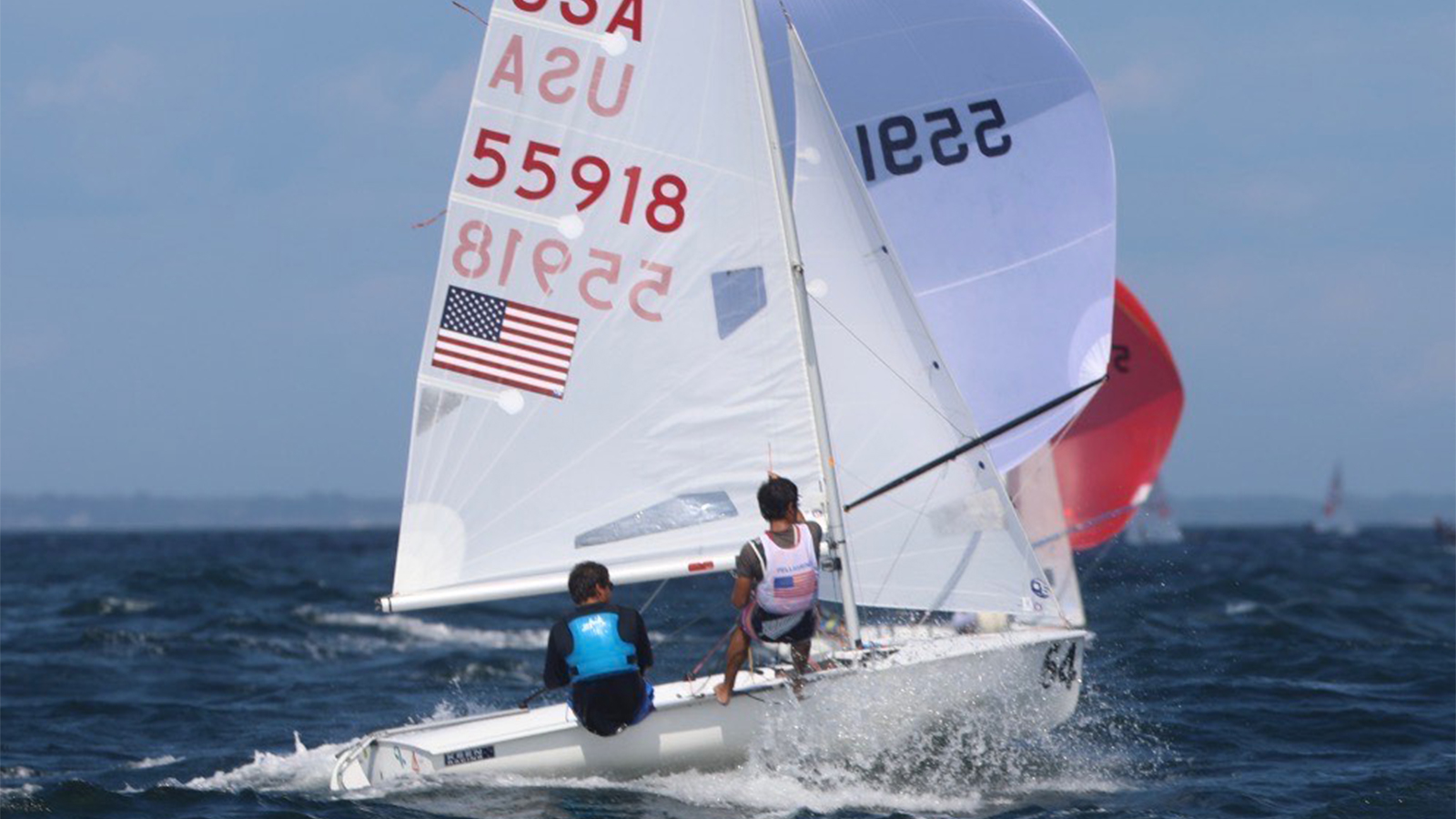 The calm water lapped across Stephen Pellegrino’s boat as he struggled to find footing after falling into 120th place. The non-existent wind was a stark difference from the previous three days. As Stephen looked at the multitude of boats in front of him, his final results at Nationals looked bleak. Though troubled by his unfavorable start, he focused on himself, believing that he could defeat insurmountable odds. He never looked back. In the ensuing hour, Stephen passed 112 boats, resulting in an 8th place finish, coming in at 13th place for the entire regatta.

From the beginning, Stephen was a prolific sailor. He began at the prestigious Wianno Yacht Club when he was six years old. Quickly, Stephen rose onto the race team and started taking the sport more seriously. At just eleven, he joined a competitive team, called FAST in Newport, paving the road to his next level sailing. Over the next few years, Stephen traveled across the country in his sailing.

After talking with the sailing team captain, Chris Champa ‘16, Stephen was elated to join the small but lively Belmont Hill sailing team. From the beginning, he established himself as a humorous and uplifting member of the team. Although the Belmont Hill sailing team did not produce significant results through his middle school years, Stephen proved himself a valuable asset for the team as well. In the Second Form Stephen joined the competitive 420 sailing team named LISOT. During the summers, he continued to sail at Wianno Yacht Club. In his time on LISOT, Stephen attained great results on the national level. At Nationals in 2018, Stephen earned 13th place of 300 boats. He recalls the event saying, “Throughout a four-day race, people forget their fundamentals, and start getting tired, but I stayed focused.” He came in 9th place at the Hyannis regatta out of 200 boats as well.

Stephen’s last race as a Belmont Hill sailor was one of his best and favorite on the team. They were racing at the Massachusetts State Championship, which the team had never won before. Overcoming the shifty wind of the Charles River, during the first day, the Belmont Hill team took the lead into first place. The second day took a turn from the beginning with the wind picking up, and Belmont Hill started falling from its lead. With two races left, they had slipped into third place. However, reminiscing on the regatta, Stephen says, “We kept our heads up, focusing on the small technical things, we knew we could win.” His words coming to fruition, the Belmont Hill team regained the lead, winning the state championship.

Stephen was more than a great sailor to our team, as he always found a way to gather everyone together and encourage us to perform our best. He was consistently there to teach the newer sailors on the team and led us to several successful wins. On the long rides to races, Stephen created joy throughout the bus. As I sailed with him more, Stephen’s character unfolded itself as a leader, but more importantly, a helping hand and a friend. Stephen will continue to sail around the Cape and the Country after Belmont Hill. Others may remember Stephen for helping lead the Belmont Hill Sailing team to its first Massachusetts and New Hampshire State Championship, but we will never forget his kindness and humility.