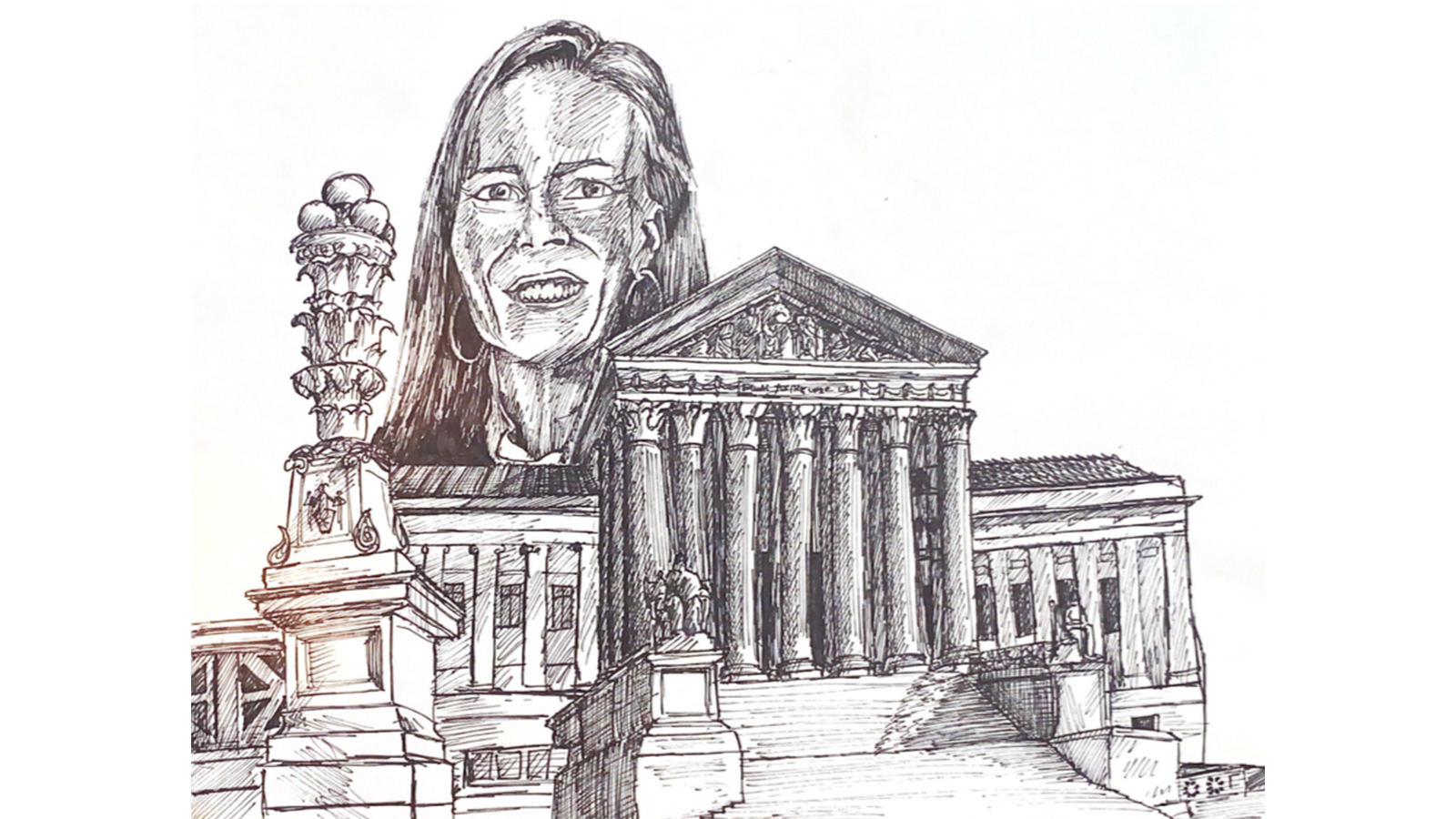 With less than three weeks to the election and millions of ballots already cast through early voting, the Republican Senate Majority is pushing to place Judge Amy Coney Barrett of the Seventh Circuit Court of Appeals on the Supreme Court. Although the move is constitutional, it displays clear hypocrisy on the side of the Republicans and should not continue so close to an election in which the balance of power in both the Senate and White House is at stake. In 2016, Republicans refused to vote on President Obama’s nominee to fill the late Justice Scalia’s seat, Merrick Garland, and set the precedent that a justice should not be confirmed in an election year. While Senate Majority Leader Mitch McConnell (R-KY) is currently trying to claim that it is different this year because both the White House and Senate are controlled by Republicans, in 2016, he explicitly stated that Supreme Court vacancies should be decided by the presidential election, saying, “The American people should have a voice in the selection of their next Supreme Court justice. Therefore, this vacancy should not be filled until we have a new president.” Fourteen other current Republican senators made similar statements at the time, with Senator Lindsay Graham (R-SC) going as far as to say, “If there’s a Republican President… and a vacancy occurs in the last year… you can say, Lindsay Graham said let’s let the next President, whoever that may be, make that nomination, and you could use my words against me and you’d be absolutely right.” Still, this should not be surprising, as some Republicans have already demonstrated in the past that they do not care about the voice of the American people when filling a Supreme Court vacancy. In a closed-door meeting in 2016, Senator Richard Burr (R-NC) stated that “If Hillary Clinton becomes president, I’m gonna do everything I can do to make sure that four years from now, we’ve still got an opening on the Supreme Court.”

While Republican precedent is enough reason to delay the confirmation until after the election or inauguration, Barrett’s comments about her religious views make her unfit for the Supreme Court. There is nothing wrong with being religious as a justice, but Barrett has shown that her religion may interfere with her work on the court. In a 2006 commencement address at Notre Dame, Barrett stated, “your legal career is but a means to an end … that end is building the kingdom of God,” not exactly the belief in separation between Church and State that one would hope for from a Supreme Court nominee.

Barrett’s confirmation would have a huge impact on the country, shifting the balance of the Supreme Court from a 5-4 conservative majority to a 6-3 conservative majority. Not only would this endanger the Affordable Care Act, which insures 20 million Americans, abortion rights, and LGBTQ+ rights, all cases that have decided by one vote in recent years, but it could also impact the upcoming election. President Trump has repeatedly attacked mail-in ballots, even though Christopher Wray, the Trump-appointed FBI director, has said there is no evidence of mail-in voting fraud. These attacks mean that the election could very well be decided in a Supreme Court with three Trump-appointed justices. Trump has declared, “We need nine justices. You need that. With the unsolicited millions of ballots that they’re sending, it’s a scam. It’s a hoax … So you’re gonna need nine justices up there. I think it’s going to be very important because what they are doing is a hoax with the ballot.” It bears repeating that there is no evidence that the mail-in ballots the president is referring to are either a hoax or a scam. The Heritage Foundation, a conservative think tank, has found only 208 cases of mail-in voting fraud dating back to 1988, an average of just 6.5 per year. Vice President Pence has said, “there is a possibility that election issues may come before the Supreme Court in the days following the election … All the more reason why we should have nine justices on the Supreme Court to be able to resolve any issues that may arise then or on any other matter.” Clearly, Republicans, including the two most important members of the party, are ready for an election that will be decided in the courts.

For all of these reasons—Republican hypocrisy and precedent, Barrett’s past comments on religion and law, and shifting the balance of the court at such a consequential time—Amy Coney Barrett must not be confirmed to the Supreme Court.

Opinions on the Attack of the Capital

How Belmont Hill could change after the pandemic