The Decline of Legacy Admissions

The Decline of Legacy Admissions 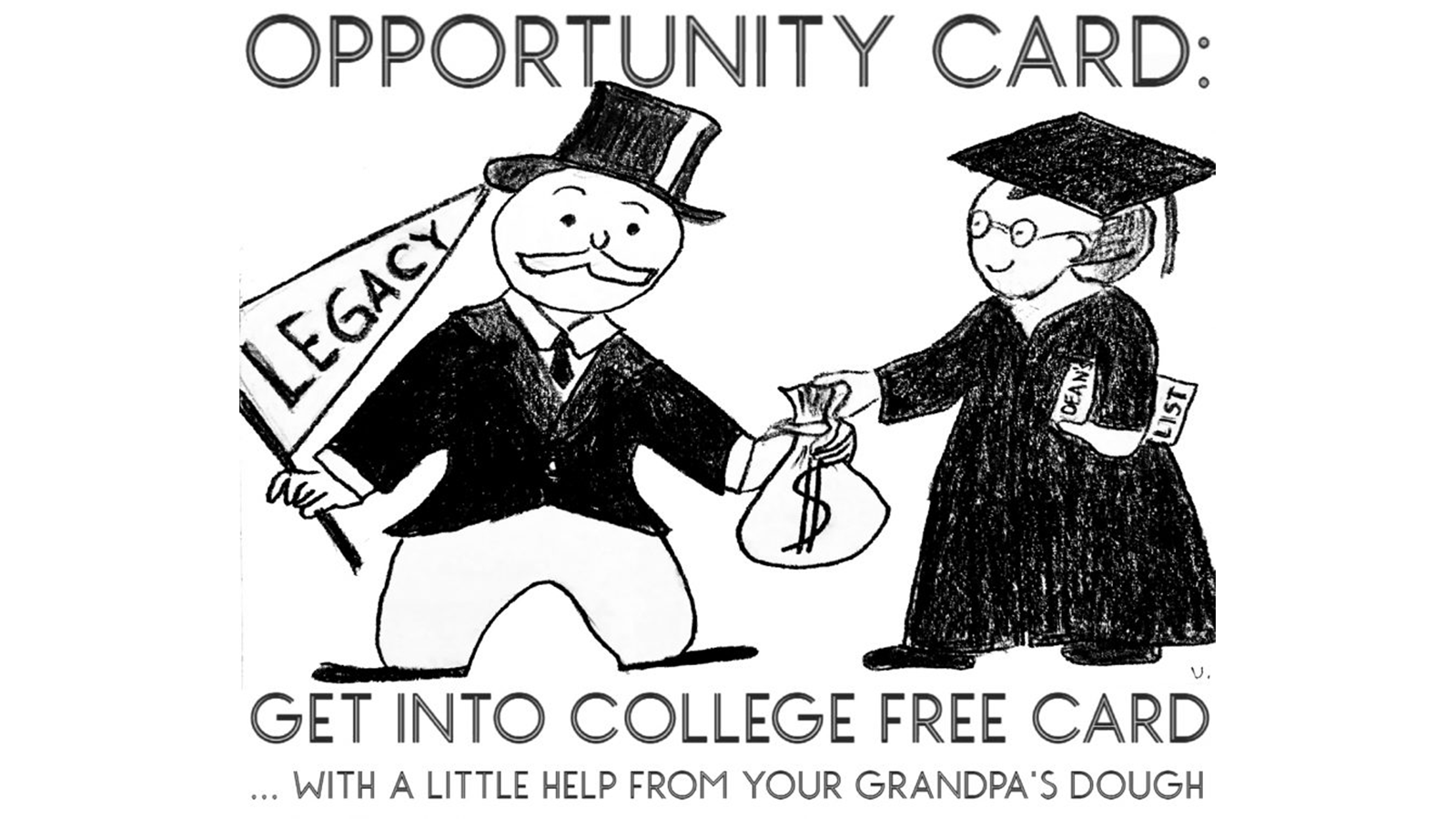 For many seniors across the country, the college admissions process is well underway. The stress, turmoil, and excitement associated with this process are universal, but the circumstances under which individual students are admitted are very distinct. For most students, their admission is based on a combination of essays, grades, extracurriculars, and maybe test scores, but for others, admission can be granted based on one factor above all: legacy.

Within Ivy League schools, students whose parents, grandparents, or other relatives attended the same school make up between 10-16 percent of the student body. This discrepancy is most visible in the admissions process where Harvard, for example, has an acceptance rate of 33.6% for legacy students, as opposed to 5.9% for non-legacies. Is this practice really fair to similarly talented students who lack an alumni parent? We think not.

Legacy admissions offer a boost to colleges in academics and their finances. Colleges have defended their legacy admission program with the fact that children of alumni tend to be more well-prepared applicants in comparison to non-legacies. A Harvard spokeswoman claims that an applicant’s legacy status “is one factor among many in the admissions process.” But with statistics that put a legacy at a decisive 25% advantage over other applicants, this one factor clearly adds a strong inequity to the admissions process.

So why is legacy not a practice of the past? Many schools also claim that legacy students are necessary to keep alumni donations and open up space for financial aid and scholarships to students who cannot afford a high-priced education. However, a 2010 study from the U.S News and World Report found that “there is no well-accepted systematic empirical analysis that establishes a causal relationship between legacy preferences and alumni giving behavior.” The study also found that the high amount of alumni donations from top universities is instead determined by the annual average income of a graduate of the prospective college.

The concept of legacies not only affects the legacy students themselves, but also all prospective students. With everyone competing for a fixed number of spots, some students are often rejected solely because they are up against prospective legacy students. This practice also has a major effect on the diversity of many top institutions. In a survey conducted by The Daily Princetonian, Princeton University’s newspaper, 15.8% of students who responded were legacies, and among those, 36.84 % disclosed an annual household income above $500K. This diversity does not only apply to socioeconomic class, however. Legacy students are often overwhelmingly white, and this process of preferential treatment actively contributes to the racial prejudices seen at many top universities.

But some legacy programs are declining. On October 20 of this year, Amherst College announced an end to the admissions preference that they have previously given legacies. Additionally, graduates of top colleges are leading a new boycott, urging its fellow alums to “Leave Your Legacy” and no longer donate to their alma maters unless their legacy programs are disbanded.

Ultimately, the end of legacy in college admissions is a  moral argument. Colleges must look past the few benefits and realize that it is time to give other applicants a fair shot at elite institutions. Natasha Warikoo, a professor of sociology at Tufts University, has studied views on college admissions, specifically pertaining to legacies. She states, “I think there’s a growing movement among the wealthy in this country to recognize the undue privileges that they have.” If alumni themselves continue to push for racial and economic equality in society and their alma mater’s admission process, they will be able to change the trajectory of legacy applicants in institutions.

Currently, legacy applicants leave others at a disadvantage by leaving fewers spots for less economically privelaged and non-white students. By removing this part of the application, colleges would be able to build a more diverse student body while offering everyone an equal opportunity. As movements such as “Leave Your Legacy” emerge, the legacy advantage in college admissions should become a practice of the past within the coming decades.