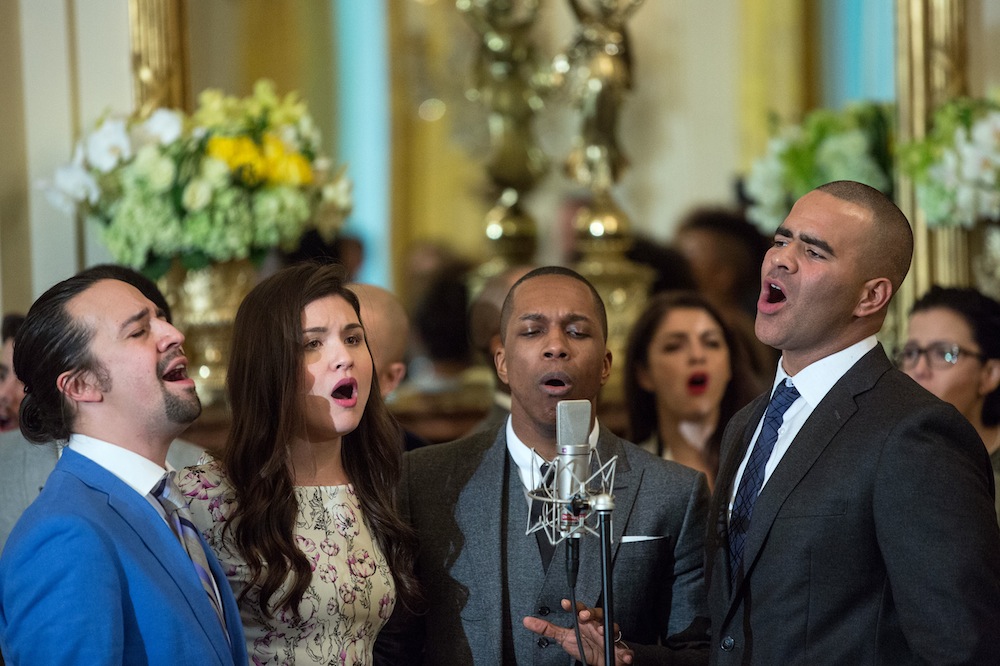 On August 6, 2015, Hamilton: The Musical first debuted at the Richard Rodgers Theatre on Broadway. Its premiere was an evening full of budding optimism, joy, and accomplishment. Celebrating after the premiere, the show’s core of creator Lin-Manuel Miranda, orchestrator Alex Lacamoire, director Thomas Kail, and producer Jeffrey Seller maintained elevated, but realistic expectations, hoping their unique play could impact Broadway for at least a few seasons. However, in merely a few weeks, their short-sighted expectations had been long forgotten. Today, after 15 months on Broadway, it is clear Hamilton has traversed uncharted territory with its journey from a small off-Broadway production at the Public Theater to an artistic masterpiece of this century.

Creator, writer, composer, and lead actor Lin-Manuel Miranda’s remarkable rise has paralleled that of his successful show’s. Now a recognized genius, Miranda’s mastery of language, lyric, and music has become a highly sought-after talent. Miranda, having stepped away from his role as Alexander Hamilton this past July, has continued to share his brilliance with the world. Hosting Saturday Night Live, leading a relentless campaign to increase voter participation in the 2016 election, and writing music for the Disney film Moana have been a few of the activities in which he has been recently involved. Most importantly, Lin-Manuel Miranda has spent the past few months finalizing “The Hamilton Mixtape,” set to be released on December 2nd and available for pre-order as of November 4th.

There are simply too many exciting combinations to preview in one article. Busta Rhymes will rap on “My Shot,” Jimmy Fallon and the Roots will perform “You’ll Be Back,” John Legend will sing “History Has its Eyes on You,” Alicia Keys will cover “That Would Be Enough,” and Usher will sing “Wait For It,” an interesting and equally-talented replacement for Leslie Odom Jr. (actor for Aaron Burr in the actual show). Expanding on Cabinet Battles #1 and #2 in the original cast album, Miranda also plans on including a rap battle about the American institution of slavery and its legacy. Hamilton apparently raps, “This is the stain on our soul/ and democracy/ A land of the free? No, it’s not, it’s hypocrisy/ To subjugate, dehumanize a race, call ’em property/ And say that we are powerless to stop it, can you not foresee?” In a recent interview with Complex Magazine, Lin-Manuel revealed he was especially excited about Chance the Rapper’s contribution on the song “Dear Theodosia.”

Intertwining the brand name of well-established billboard stars with American history and Broadway theater should prove to be an exciting affair. With the original cast album already having made an impressive Billboard debut last fall, after a year of positive press and hype, it’s probable that come December 2nd, songs from “The Hamilton Mixtape” will begin a lengthy reign on top charts, hit playlists, and radio stations. In addition to standard audio format, Tariq Trotter teased last month that fans could expect “The Hamilton Mixtape” to be performed live at least once. A ticket to this epic show with Lin-Manuel, hit rappers, and original cast members would be the only ticket in the world more difficult to get than a ticket to the actual Broadway play itself.