A Review of Tiger King

A Review of Tiger King 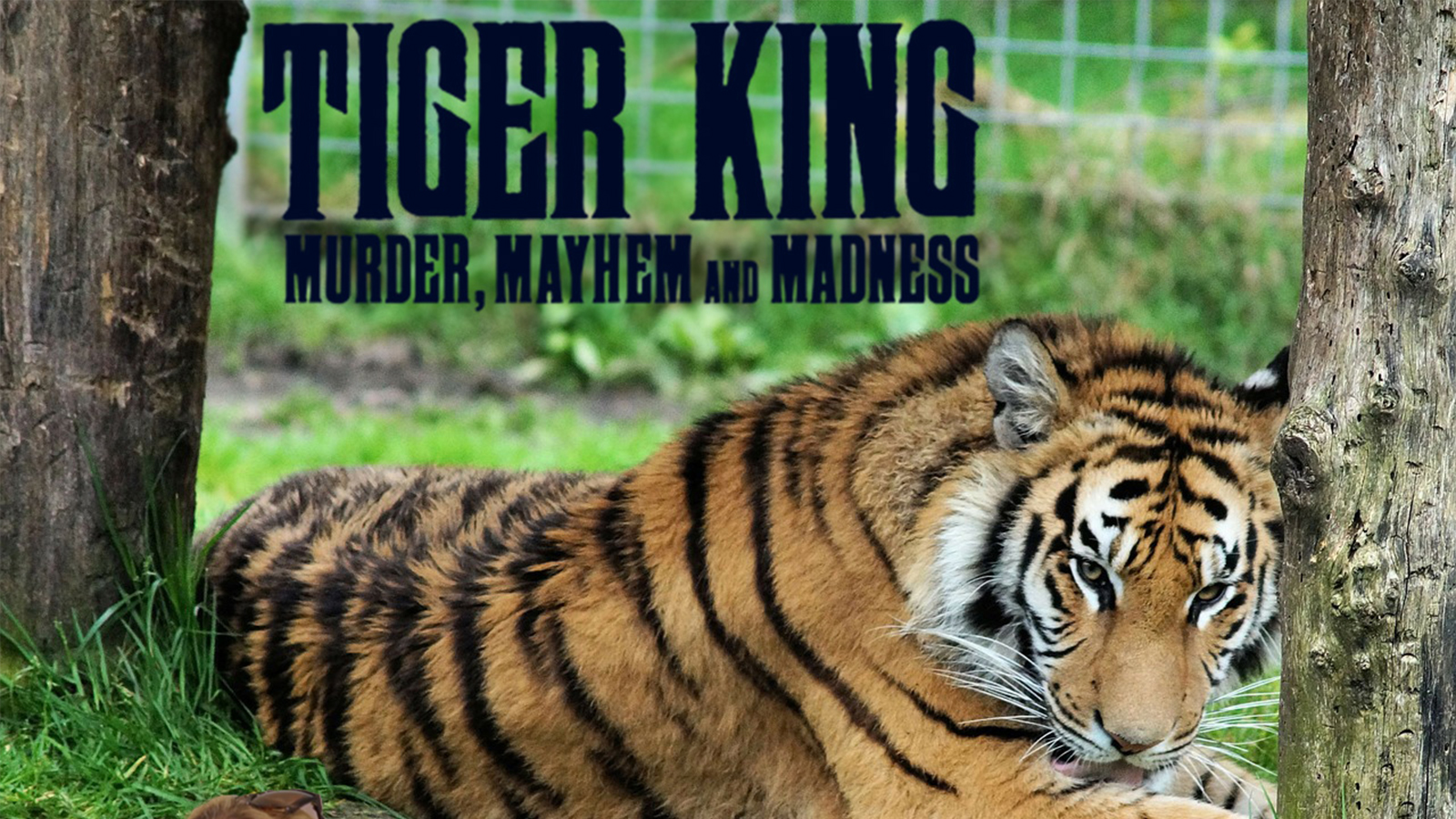 Prior to its release, I had no knowledge of Tiger King. In fact, the only exposure I ever had to the docuseries’ now-infamous titular character, Joe Exotic, was his brief appearance on an episode of Last Week Tonight with John Oliver in late 2016. It wasn’t until a week or so after the show’s March 20th launch that I was introduced. It didn’t disappoint.

The show follows the life of Joe Exotic, the self-professing “gay, gun-carrying redneck with a mullet.” Joe is quite aptly referred to as the “Tiger King” due to his impressive collection of tigers, and other exotic animals, all of which he kept at his Greater Wynnewood Zoo. We learn of his rivalry with animal rights activist Carole Baskin, who may or may not have killed her husband. While this concept alone is tantalizing, combined with a presidential campaign, polygamist cultists, and a murderer-for-hire plot, the insanity that is Tiger King begins to form.

Where Tiger King succeeds is its ability to present a multitude of information, storylines, and bombshells while maintaining its rapid pace. The show continually cycles through various interviewees depending on their relevance to the narrative at the given time. Every time a new name shows up on the screen, you understand why they are there. What’s astounding is that every participant in the show is instantly iconic. If someone is in front of the camera, they have almost certainly done something idiotic or despicable enough to deserve a title card. The joy of Tiger King comes from getting to know the inhabitants of an unfamiliar corner of the world. The “big cat” community boasts several colorful and deplorable characters. While it is concerning that people like the cast of Tiger King exist, I’m glad their actions warranted this delightful series.

Tiger King’s winding plot and unexpected revelations were more than enough to keep me entertained during these uncertain times. Despite its seemingly silly premise, the show shocked, humored, and frankly, enlightened me. Tiger King’s entertaining antics and clean presentation certify the show as an extraordinarily bingeable and lavishly fun watch.