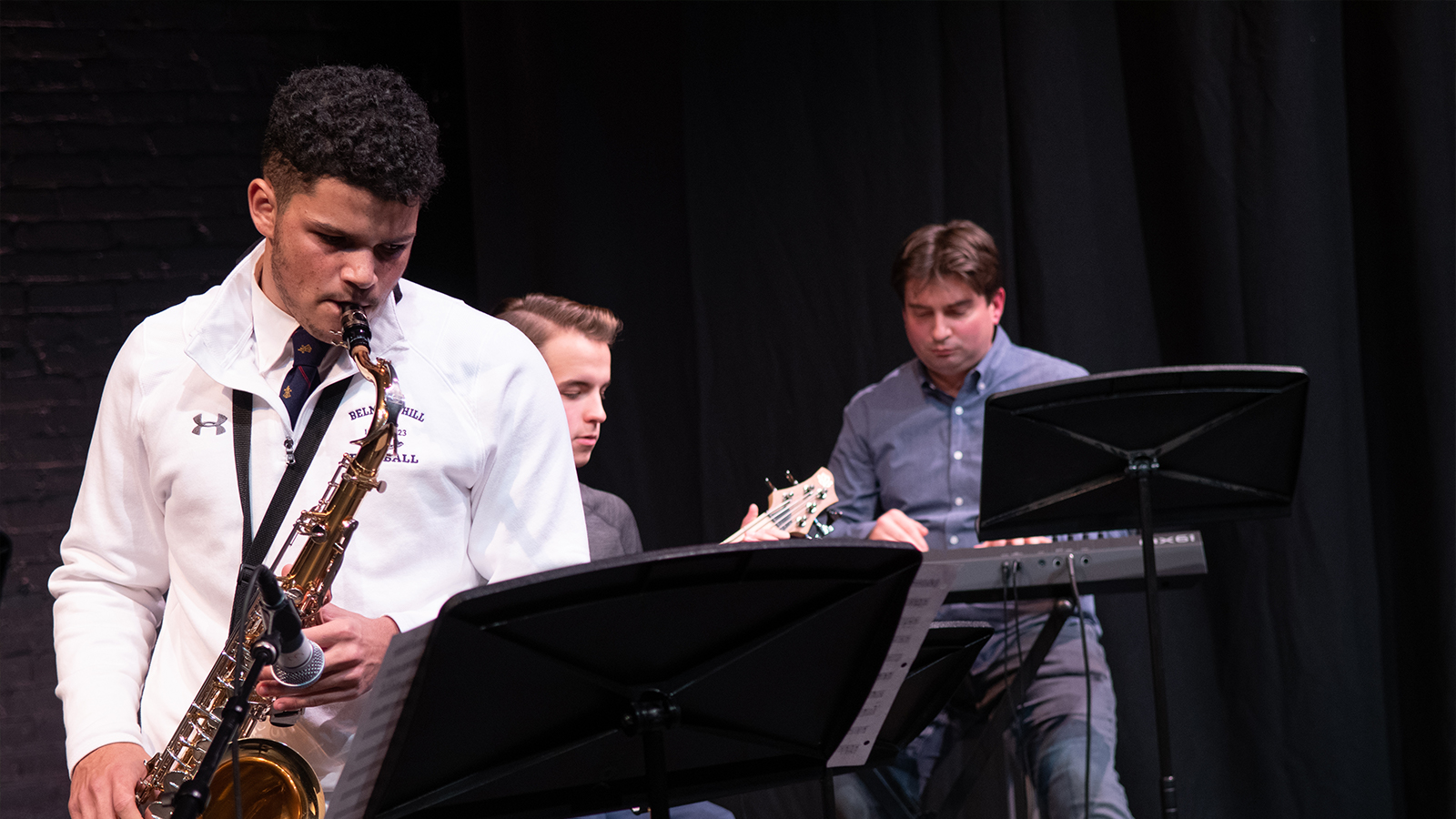 When I informed Tim Brown that he was chosen for the artist of the issue and asked him to provide a summary of his artistic career at Belmont Hill, he quickly responded with “Uhh… ok.” He then answered with exactly one sentence, and I thanked him for his time. I saw this interaction as the embodiment of Tim’s personality as an artist and a person; his humble and straight-to-the-point nature doesn’t come anywhere close to doing him justice.

I know this from personal experience. My first interaction with Tim as an artist came at some point during my time with the Middle School Rock Band. I first saw Tim when he walked in on one of the rock band’s practices toting his big, beautiful saxophone; all I knew at that moment was that he was recruited from the Jazz Ensemble to bring some life to our lackluster band and that my instrument was looking rather small in comparison. Contrary to my initial beliefs, Tim proved to be incredibly friendly and cooperative; although he was in two music groups at the school, he was never late to a meeting and quietly ended up being the driving force of the band. In accordance with my initial beliefs, Tim was an incredible saxophonist. Even in middle school, he handled that piece of brass with a certain skill and precision that rivals the more recent performances of legendary Headmaster Schnieder.

Tim was destined for greater things. After Middle School Rock Band had run its course, he left for the theater. Tim was involved in four plays; for two, Tim acted as stage manager, again displaying his quiet leadership as an artist. In the other two, Tim was an actor, and I had the privilege to see him go to work in early 2018 when I sat in on Belmont Hill and Winsor’s production of A Raisin in the Sun. I was not expecting Tim to be there, and when he came out later in the play sporting a fedora and a dapper checkered suit, I was astonished. His acting skills were on par with his saxophone skills, and he made the production incredibly memorable, which contributed to A Raisin in the Sun becoming my favorite Belmont Hill play. If all this isn’t enough, Tim was also a star in digital video classes, where he continued to develop his already well-established videography skills. The Panel hopes to recognize formally all of Tim’s artistic contributions over his six years at Belmont Hill.