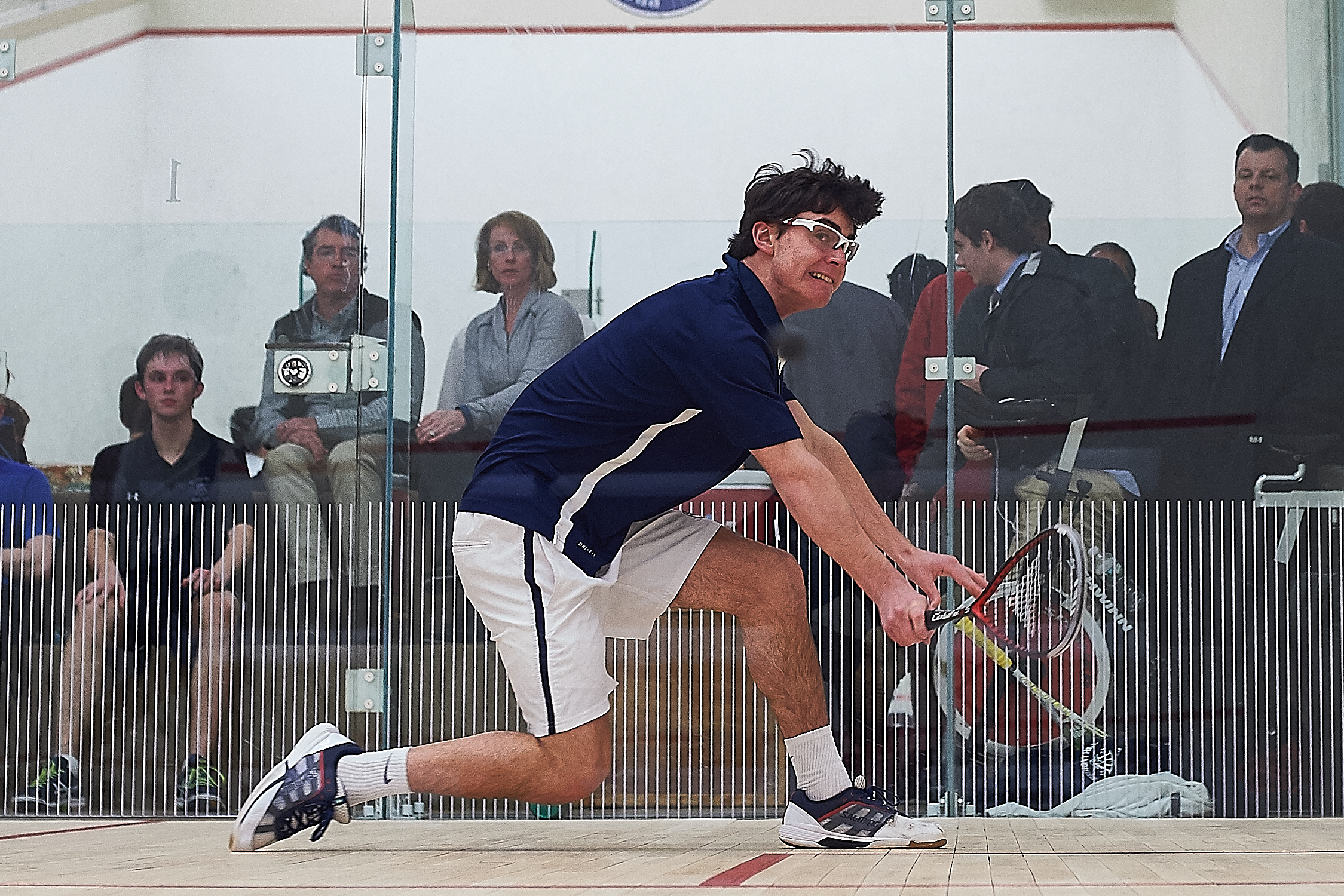 The Belmont Hill Varsity and JV squash teams are off to an excellent start this season.  However, the team has suffered a few setbacks early in the season. Injuries have plagued both Timmy Brownell and James Bell, each of whom had to sit out the first half of the season; however, both are on the mend and are expected to return by High School Nationals, the biggest event of the year. Even without two of the top seven players, which forces the majority of both the Varsity and JV players to compete two seeds higher than normal, the squash team has dominated the competition so far, with a 7-0 Varsity record and a 7-1 record for the JV squad. Two of the Varsity’s most notable wins came against St. Georges and Nobles, in which the team earned 5-2 and 4-3 victories, respectively. Against Nobles, the Belmont Hill team demonstrated the depth of their ladder when the bottom four players secured wins to defeat Nobles, a top competitor in the ISL. Robert Williamson ‘17 and Douglas Conigliaro ‘21 have proven themselves to be strong additions to the team, filling the void of the two injured players incredibly well at positions 6 and 7, respectively, with neither of them having dropped a match so far this season. The team is training hard and looking forward to the upcoming High School Nationals and the match against Brooks to finish out an already successful season in a strong manner.