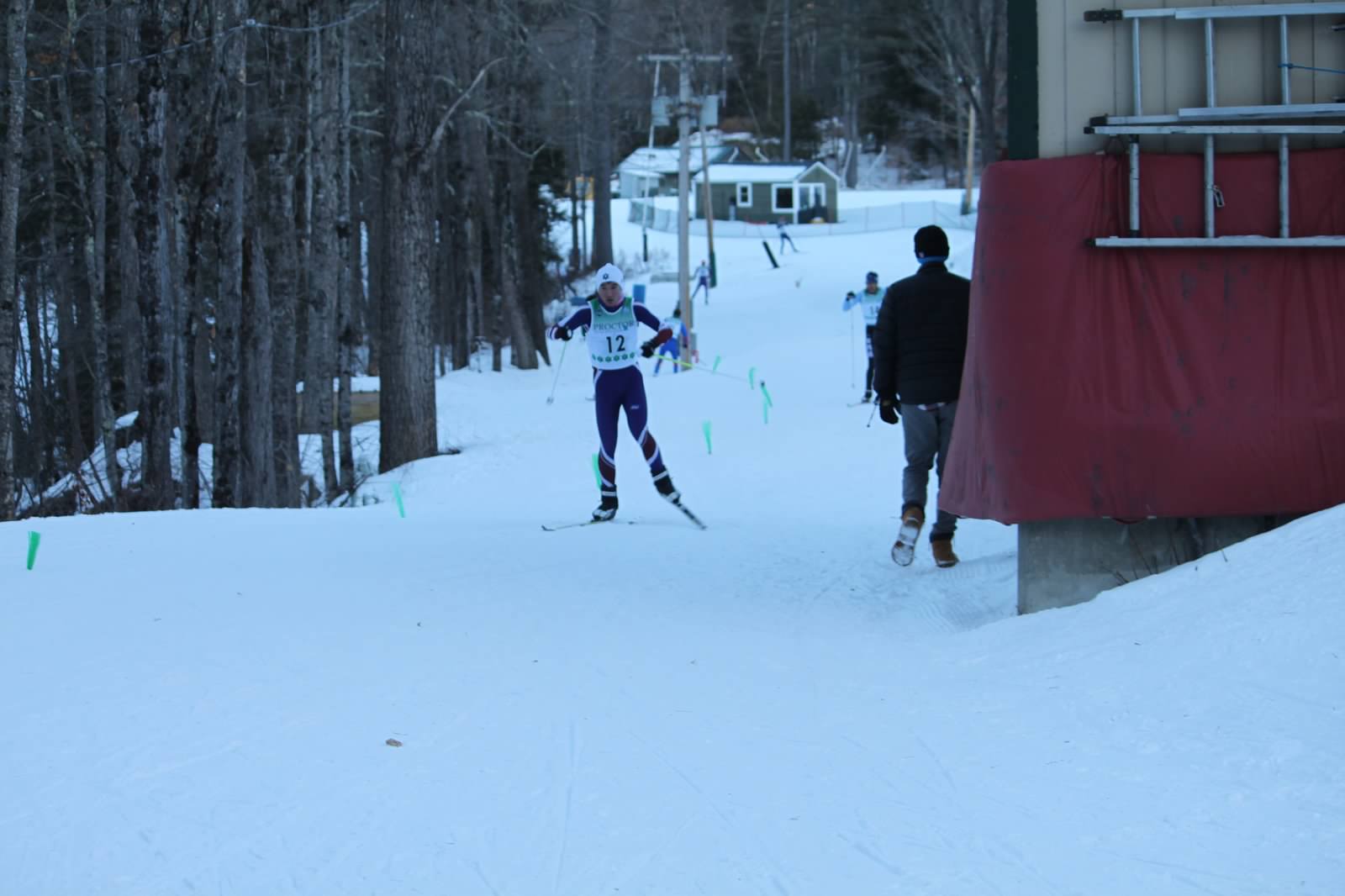 The Varsity Nordic Skiing team has come prepared to win races under the command of new head coach Mr. Courtney. With most of the skiers coming off of a tough cross country season, the fitness level is outstanding and the team’s morale is high. With fire in their eyes, the captains, William Weiter and Henry Swain, led the team through the streets of Arlington and Concord on roller-skis during the absence of snow. Coach Courtney commented on the team, saying that he believed the pure cardiovascular fitness of the team was some of the best he has seen in recent years. Although the lack of snow proves problematic to the sport, the team took their annual trip to the AMC Joe Dodge Lodge in Jackson, NH, to get some quality training on the hills surrounding Mount Washington. Coming off the hard weekend of training, the Varsity Nordic Ski team went up north to Proctor for their debut race to challenge some of the best skiers in the nation, and against the likes of Dublin School, St. Paul’s, Holderness, and the Lakes Region schools. William Weiter showed off his skill as he led the team to a solid 6th place finish, with Henry Swain, Ben Pradko, and Cam Hall giving it their all on the groomed snow of the Lakes Region. Although a small team, the Nordic Ski squad has a strong senior presence in William Galligan, Ethan McILhenny, Jack Richards, and the two captains. Although snow is scarce as we approach the tail end of winter, the Nordic Ski team is practicing hard on the man made snow of Weston Ski Track and hopes to carry on the great legacy of Belmont Hill’s Varsity Nordic Ski Team.