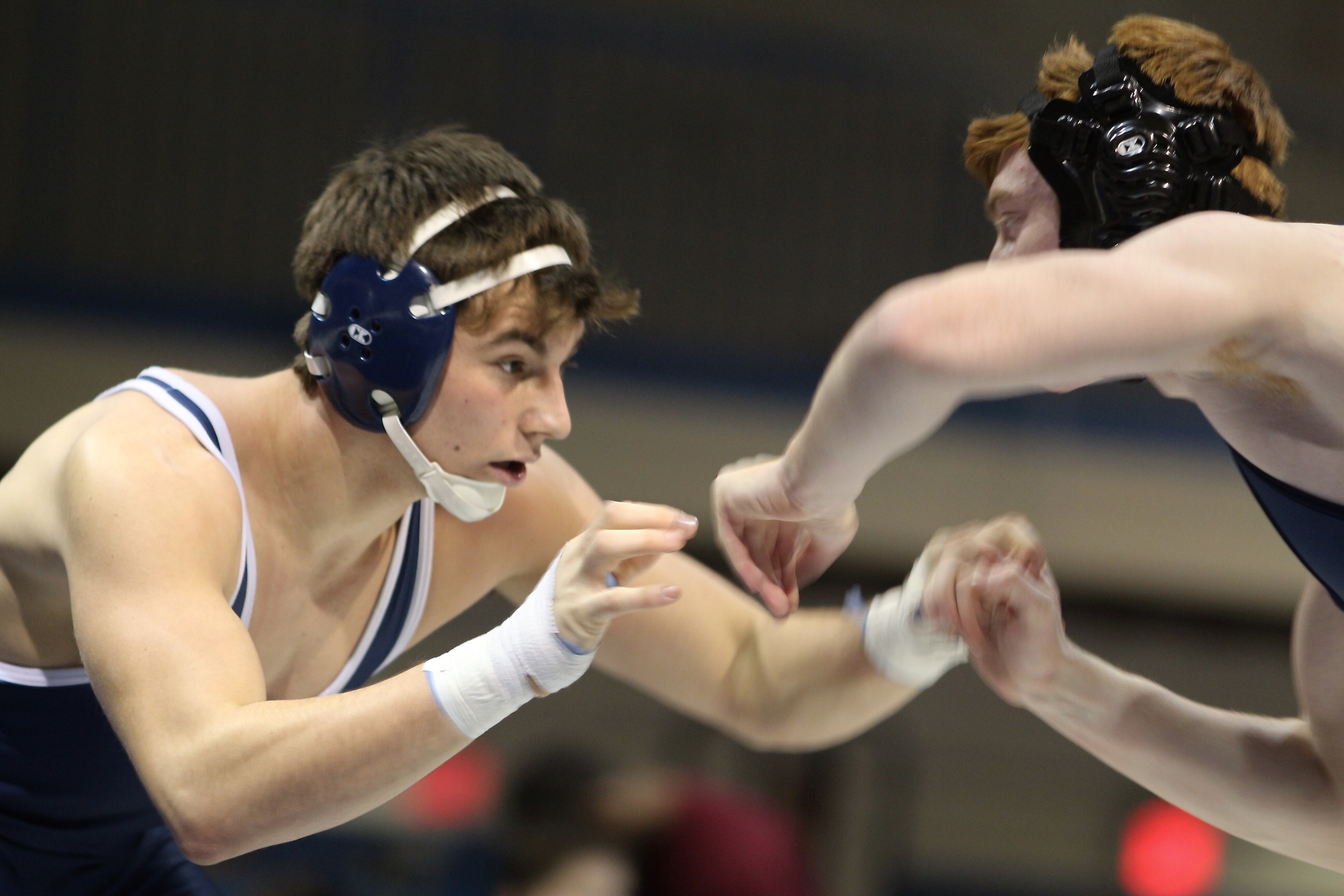 If you haven’t hopped on the wrestling bandwagon yet, shame on you. After a successful weekend up at Tabor, with dual meet victories against Avon Old Farms, Long Island Lutheran, and perennial New England powerhouses Phillips Exeter Academy and Northfield Mount Hermon, the Varsity wrestling team is firing on all cylinders as they approach the Graves Kelsey and New England Prep tournaments. Captains DJ Demetri, Sean Rayment, and Pete Tedesco continue to carve a path of destruction across all of New England.  Returning All-American Phil Conigliaro has hardly been scored on all season, and new additions to the team, Mike Glauninger, Luca Pontone, and Colin Vallis–all three of them freshmen–are among the team’s strongest starters. Returning starters such as Alex Afeyan, coming off an impressive win against the Exeter heavyweight, and Ryan Williams have continued to make huge strides as well and will certainly make some noise at the Graves-Kelsey and New England tournaments. The team is now looking to close out an undefeated regular season and secure ISL Dual Meet Championship with only matches against Nobles, Sebs, Brooks, and St. Mark’s remaining. If you haven’t made it out to a match yet, I implore you to do so, because this team both is unbelievably exciting to see in action and is looking to make a statement as they begin to look forward to the postseason. It has been nothing but pure dominance all season long, and no team on campus has worked harder to earn it than the wrestling team. With a healthy roster, Belmont Hill Varsity wrestling is undoubtedly the top dog in the ISL and perhaps in all of New England.  The toughness, focus, and intensity of this team is unmatched at Belmont Hill, and you should expect big things from them in the next few weeks.