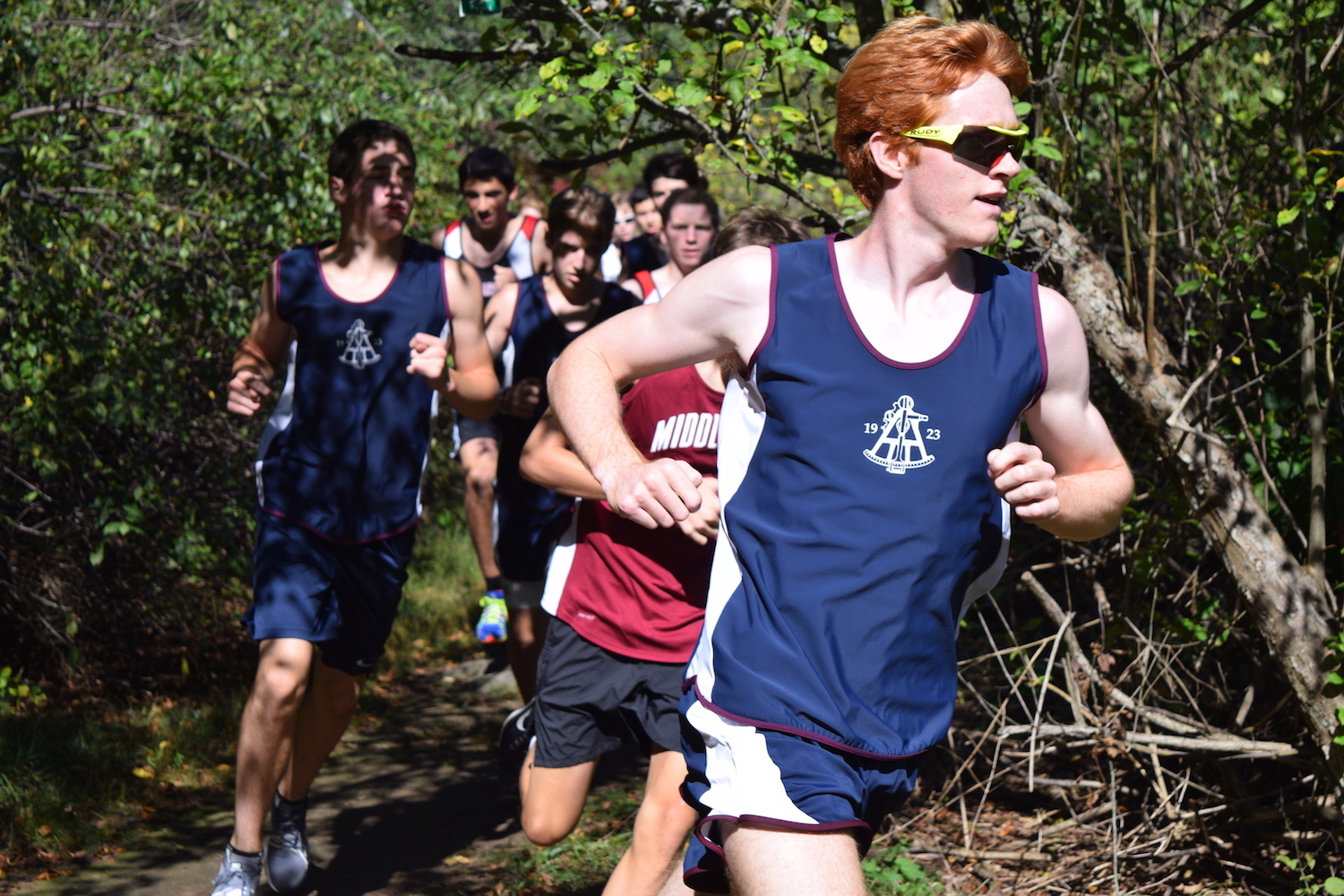 Following their victory at the ISL Championships at Groton last fall, the Cross Country team has high hopes for the upcoming season. The team looks like a strong contender to win ISLs in back-to-back seasons, an accomplishment that has never been achieved in the history of the program. Despite a strong squad this year, the addition of Tabor to the ISL may present the team with a number of challenges, as they also have a very strong XC program. However, the athletes and coaches alike remain confident of a strong showing. Following several weeks of demanding training, the team traveled to Nobles for a charity run. On September 16th, the team kicked the season off with a dominant victory over Lawrence Academy at Rock Meadow, Belmont Hill’s home course. The next week, Belmont Hill took on Nobles, St. Sebs, and Middlesex at Homecoming. In yet another illustration of the team’s dedication this fall, Belmont Hill swept the meet, achieving wins against every other

school by about 30 points each. Most recently, the team took on Buckingham Browne & Nichols at the old home course, Fresh Pond, and capped off another astounding victory in which nearly every runner obtained a personal record time. Led by senior captains Quin McGaugh ‘18 and John Pappo ‘18, as well as Form II sensation, James Donahue ‘22, the team has a very strong, competitive top three runners. In addition to having a strong top three, the team has exceptional depth at both the Varsity and JVlevels, such as John High ‘19, Matthew Smith ‘19 and Island School breakout star Colin Braun ‘19. A handful of runners, including Nick Daley ‘19 and Matt Goguen ‘19, round out the top seven.

In addition to the top varsity runners, the team has shown promising talent in the B and C groups. Led by Thomas McEvoy, Will McCormack, and veteran Arnav Prasad, the Ocelots have made sure to put up quick times following the Varsity guys. Looking ahead to the ISL and New England championships, the team hopes to take home the trophy once again come November. However, new ISL addition Tabor Academy and Thayer Academy boast strong, fast rosters, which will certainly contend tenaciously with Belmont Hill’s guys for both titles. In order to maximize the fitness and stamina of the team so that Belmont Hill will come out on top at the championship meet, the coaches have crafted an intense and grueling training regimen, which entails speed, hill, and distance workouts. With the excellent coaching staff, fit runners, and sustained conditioning, Belmont Hill is one of the top contenders for the ISL title again.