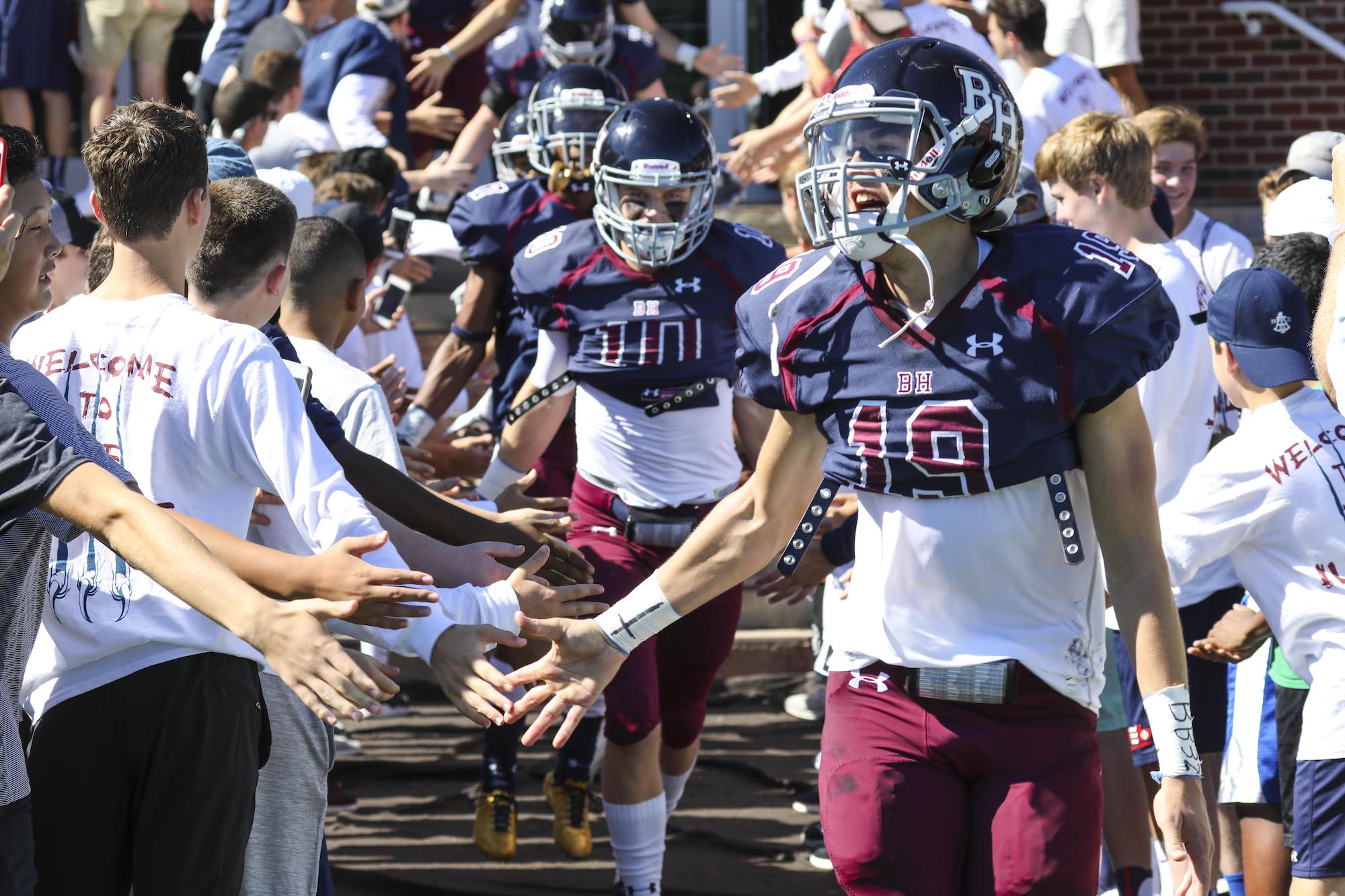 It’s already early October on the hill, and Varsity Football’s season is in full swing. The season started out with three scrimmages, the first of which against Middlesex on September 9th. This was followed by another scrimmage with rival St. Sebastian’s later that week. Finally, the preseason came to a close against Milton Academy soon after. With captains Jake Bobo ‘18, Justin O’Neil-Riley ‘19, and Jake Haase ‘18 at the helm, the 2017 season looks promising.

One of the most outstanding plays of the game was an incredible one-handed catch, made by senior running back Isaiah Collins. (Some even say coach Anam cracked a smile, but these are just rumors).

Later in the preseason, Belmont Hill faced St. Sebastian’s in a scrimmage, a more daunting match. Even though the weather was sweltering, the Belmont Hill Varsity managed to stay cool. Driving the ball down the field with consistency, and keeping St.Sebastian’s from doing the same, it was apparent which team showed up more prepared. Overall, the scrimmage was electric, and the team is looking forward to facing St.Sebastian’s once again on November 3rd on our home field.

Varsity played for the first time on its home field this season against Milton. Milton is notorious for having a vicious defensive line, but Belmont Hill came out flying, thanks to one outstanding offensive charge after another. Down 14-7 at the half, the team regrouped in the tennis courts and stormed the field five minutes later more energetic than ever. Milton was stopped in their tracks in the second half, while BH put up seven more points on the scoreboard. In the end, it was a 14-14 draw, but an auspicious start. The punt fumble served as perhaps the game’s greatest highlight. After having an unsuccessful offensive drive, Belmont Hill was forced to punt from its own end zone. Luckily for the Hill, a Milton player, accidentally fumbled the ball. This, of course, meant it was a live ball and was immediately recovered by one of the three Belmont Hill players surrounding him. Brodie Rayment ‘19, gave Belmont an extra 40 yards and a whole new offensive drive.

Despite the team’s many successes in pre-season, Coach Butler has reminded the team many times that 2017 brings a new season and a new challenge. The rings of last year are a thing of the past. On Saturday, September 23, the Varsity Football team played its first real game of the season, defeating Roxbury Latin 35-0. This performance prompted an article to be written about the team in the Boston Globe. Unfortunately, the following Friday, our boys suffered a tough, 21-0 loss against BB&N. We will look to rebound next weekend against Tabor Academy.