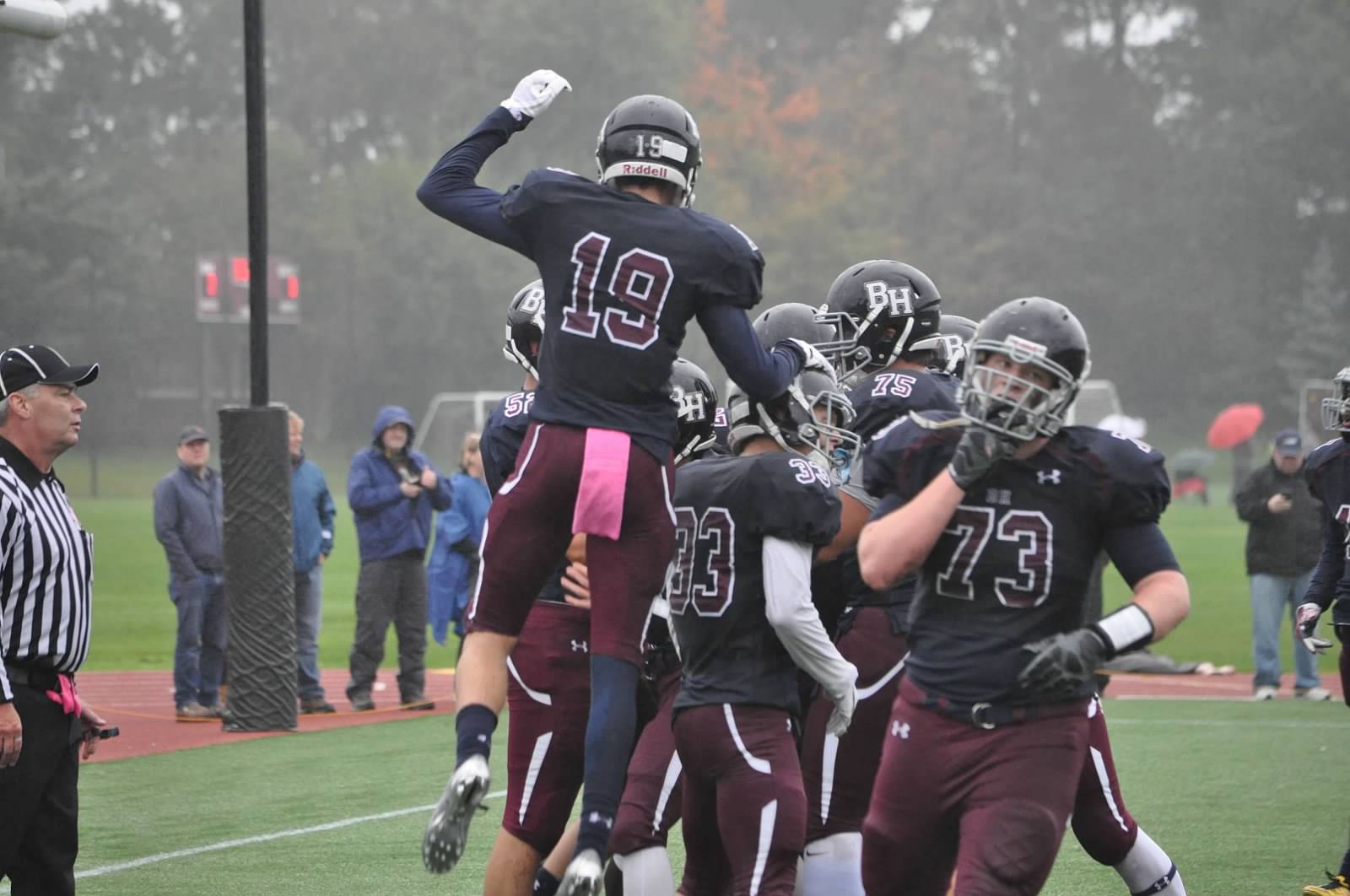 The varsity football team kicked off their season with scrimmages over the past two weekends against Middlesex Academy and Milton Academy. Led by senior captains Zach Geddes, Ray Hunt, Nate Miller, and Peter Tamasi, the team looks to bounce back this year after a difficult one-win season last year.

Following multiple weeks of long and grueling preseason practices, the team squared off against Middlesex in its first contest of the new season. In the scrimmage, Belmont Hill came out flying, putting up strong numbers against a historically weak Middlesex team. The team did not fare so well in the second scrimmage against a tougher Milton team.  Putting up one touchdown to Milton’s four, the offense struggled to gain momentum against Milton’s stout secondary and sturdy defensive line. In spite of the score, the team looked and played generally well, especially against a top-tier Milton team.

Following a difficult 38-21 loss to New Hampton in last year’s season opener, Coach Butler and company made the two-hour trip to New Hampshire in hopes of avenging last year’s loss and setting the tone for the entire season.

Despite some key players hobbled by injuries, the team’s captains remain confident that this season will be different from the last one. “I feel we have a much-improved team from last year,” says senior captain and quarterback Zach Geddes. “We’re looking to rebound and make Belmont Hill Football great again.” With a core of proven veterans and promising freshman and sophomores, Geddes’s team is positioned to perform outstandingly on both sides of the ball.

The tone was set, and the team made a statement with its 48-13 win over New Hampton in their season opener. The team will return home for its home opener in a rivalry game against BB&N on October 1.