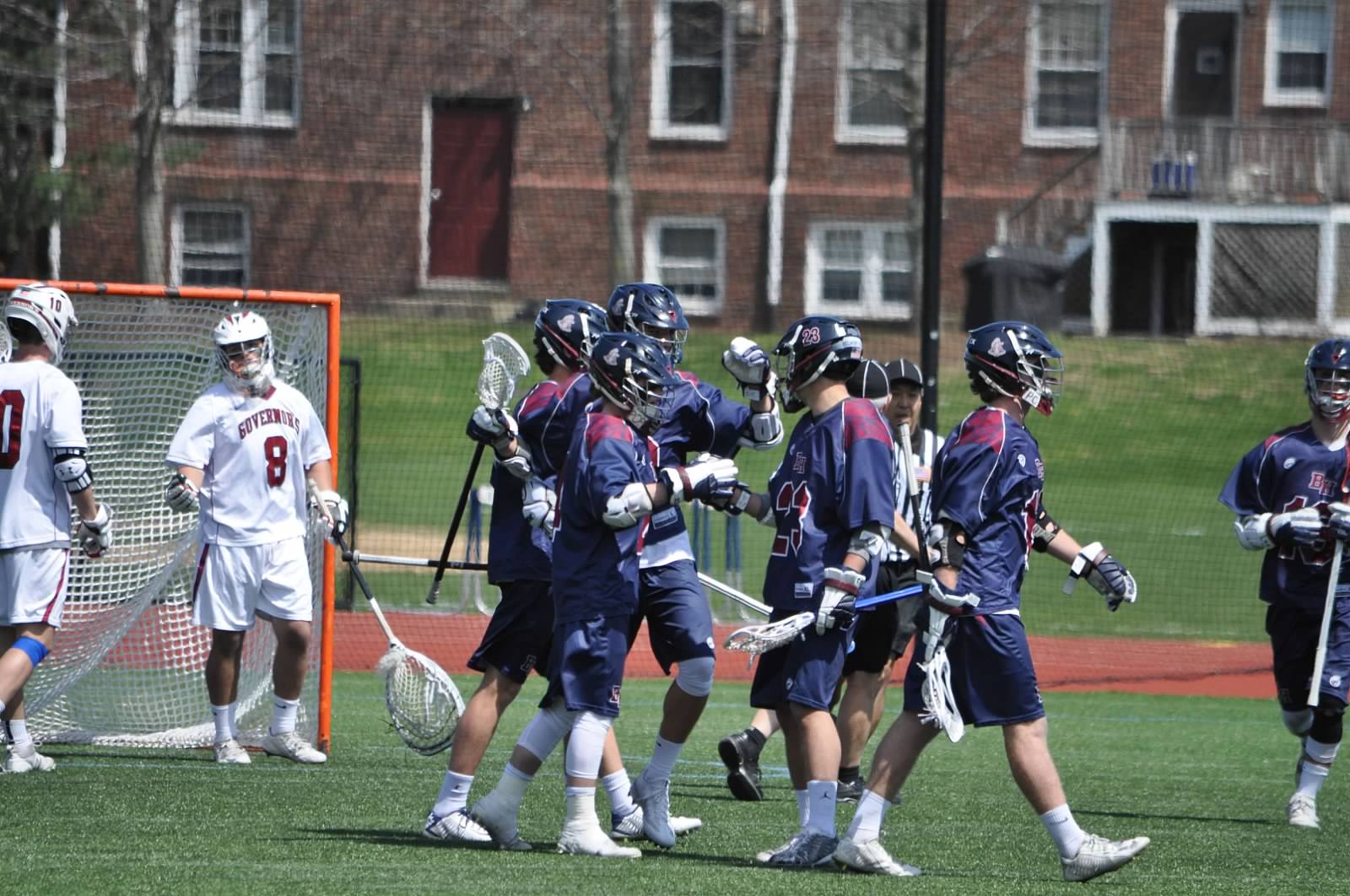 As Christian O’Neill ‘17 sprinted around the left side of the crease, fourteen years of inability rested on his shoulders. Belmont Hill, despite being the winningest boys’ lacrosse program in the ISL, had failed to beat Governor’s Academy on its home field since 2003. As O’Neill rolled to the inside of his towering defenseman, he had a clear lane to the cage and, with a crafty stick fake, he caused the goalie to jump, leaving the low corner open for him to bury those fourteen years of defeat. O’Neill scored again before midfielder Joe Goguen ‘19 added a second quarter tally to give BH a 3-0 lead going into half.

The lead remained due to stellar defense, especially by junior goalie Danny Hincks, who made save after save, flustering the Red Dogs’ offense until the third quarter. Governor’s rattled off two goals before Will Stonestreet ‘17 answered with an difficult shot to the bottom left corner. Belmont Hill went on a 4-1 run to finish the game and end the curse of our home

field. This early test for Belmont Hill was a key victory on the road to an ISL Title. As faceoff midfielder Mike Armstrong ‘17 said, “It’s fun. I enjoy it.” That quote sums up the mentality of this year’s team: play fast and hard. As Coach Sullivan always says, “We are going to go out there, and it’s going to be a track meet and a fist fight.” Coming off three ISL championships in four years, this year’s senior class has big shoes to fill, but they have exhibited tremendous leadership and poise on and off the field. So far, the team is 6-1 in league play and looking forward to taking on huge opponents in Nobles and Rivers. Expectations for the season are high, and despite a close loss to St. Sebastian’s, the team is off to a strong start.