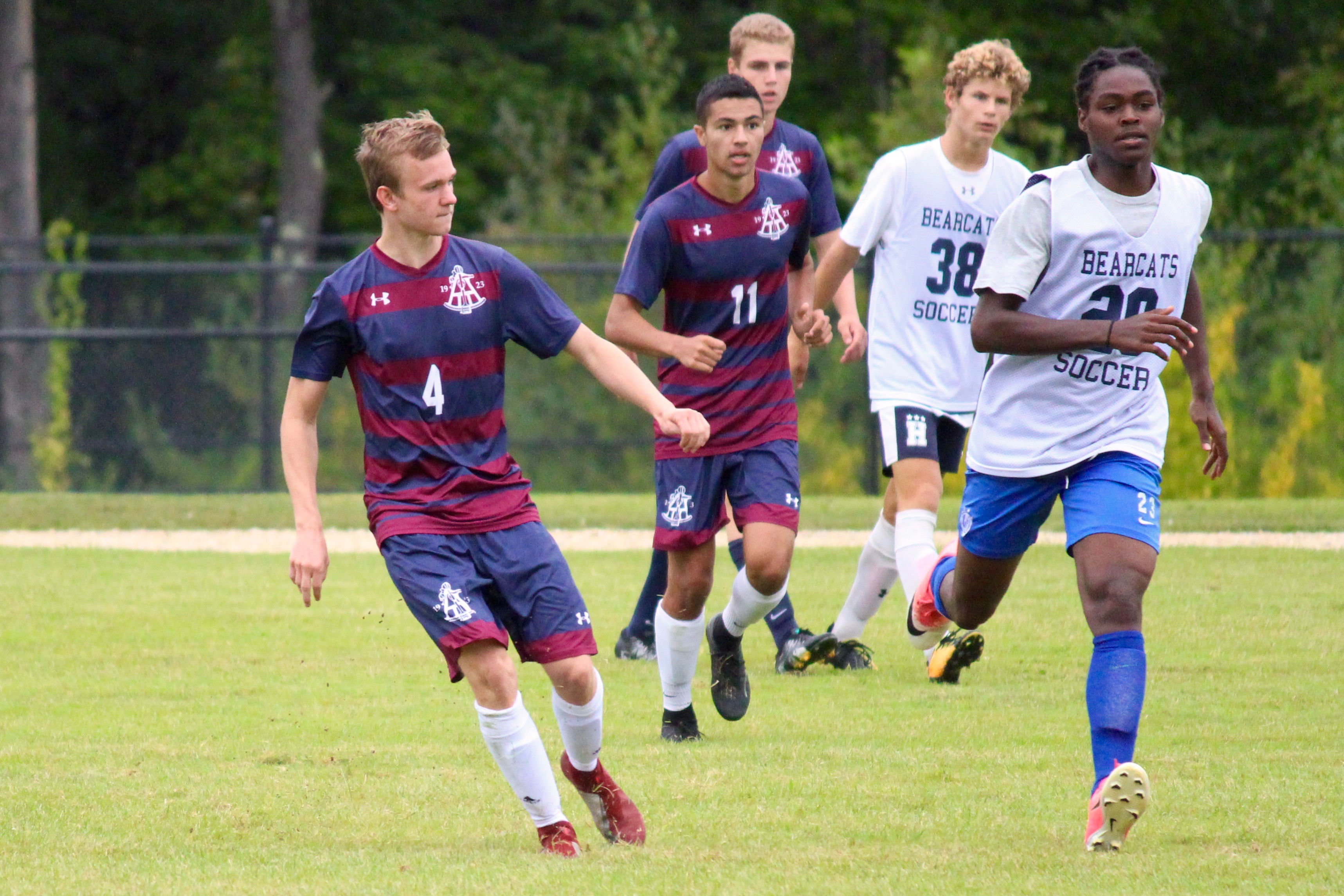 The beginning of the school year means different things to every Belmont Hill student. But to the 25 players of the varsity soccer team, bolstered by the addition of new students Erick Silva, Alex Atalla, and Matthew Britt-Webb, it means the beginning of the fight for the ISL title. Led by coaches Montoya, Holland, Khan, and Vasiliadis, the team has begun preparing to surpass last year’s 3rd place finish. A few weeks before school started, the squad spent some time at a soccer camp in Western Massachusetts improving their skills and establishing team morale. Bolstered by strong new additions, the team features a wide array of talent, including captains Michael Montanaro ‘20 and Leighton Dolan ‘19. During preseason, the team has worked on improving general fitness and team chemistry, while specifically focusing on enhancing first touches on the ball and free kicks. Speaking to the team’s goal for the season, Montanaro explained, “we want to build off the strong form of last year and, with another year of experience under our belts, finish off those close games against tough competition”. The preseason preparation included a few scrimmages before the team faced Bridgeton and Andover in their first regular season games. The team emerged victorious, winning 2-1 each time, both home and away. The team hosts BB&N next Saturday, which is sure to be an exciting match that you would not want to miss.