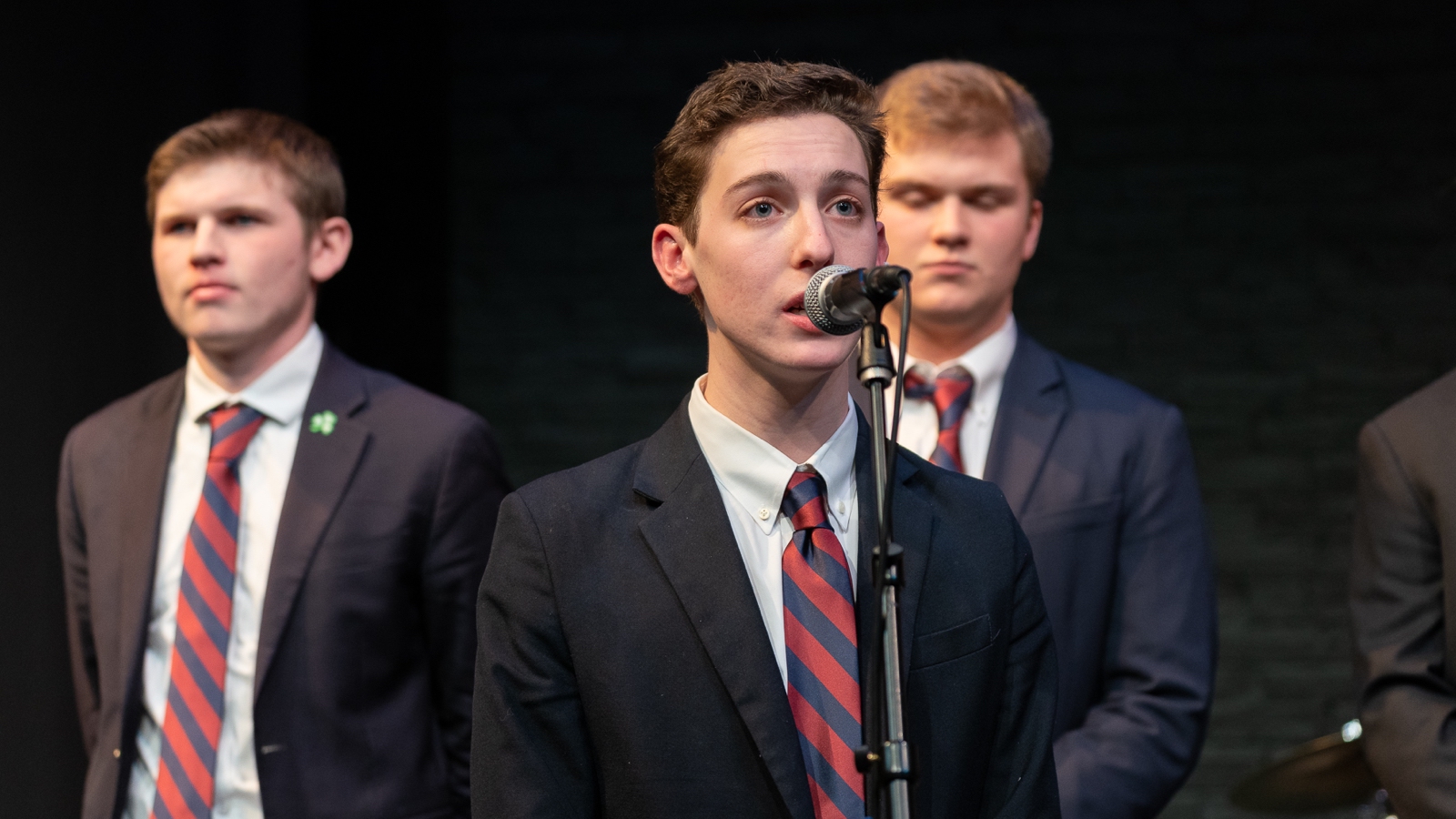 On the chilly evening of Thursday, February 20th, the Belmont Hill community delighted in a music-filled evening for the annual Winter Concert. Perhaps the last concert before the newly updated chapel is unveiled, musicians from all mediums and styles performed a variety of tunes in the Kraft Theater. With pieces ranging from jazz to classical to even country, performers attempted both household classics and complex songs, all of which left the large audience in awe after two spectacular hours.

To begin the night, the Middle School Jazz performed the classic tune by Quincy Jones, “Soul Bossa Nova.” Highlighted by a solo from alto saxophonist Daniel Xie, the Band filled the theater with a funky groove, proving to be a great start for the show. Next, the Jazz Combo, a small yet talented group, expanded on the Middle School’s start, performing the more traditional jazz tune “Take Five”, followed by Leon Russell’s “This Masquerade”. The final Jazz group to take the stage was the Upper School Jazz Ensemble, who began their performance with the New Orleans style jazz tune, “Hey Pocky Way”. Followed by a more soothing tune, a piece called “Sky Dive” by the famous trumpetists Freddie Hubbard, the band concluded their performance with a song by the fusion group Snarky Puppy, called “Thing of Gold”.

After these three stellar instrumental ensembles, Belmont Hill’s vocal group, the B-Flats, took the stage. After performing the comforting classic “Your Song” by Elton John, they then performed the recently popularized “Shallow” from A Star is Born, originally a duet between Lady Gaga and Bradley Cooper. After their spectacular rendering of these two classics, the B-Flats then performed a mash-up of the solos performed at the Winter Concert.

Finally, to commence their night, the B-Flats performed the gospel-styled tune “Jesus Promised” by the Chicago Mass Choir, before singing “I Have a Dream”, a song composed by Belmont Hill’s Mr. Patterson. To end the night, the orchestra, comprised of musicians from all forms, performed “La Rejouissance”, and then “Gabriel’s Theme”, a song highlighted by a solo from clarinetist Kevin Jiang.

Finally, the orchestra performed the widely known theme song from Game of Thrones, an exciting way to end the night.