Wrestling Looks to Extend its Streak

Wrestling Looks to Extend its Streak 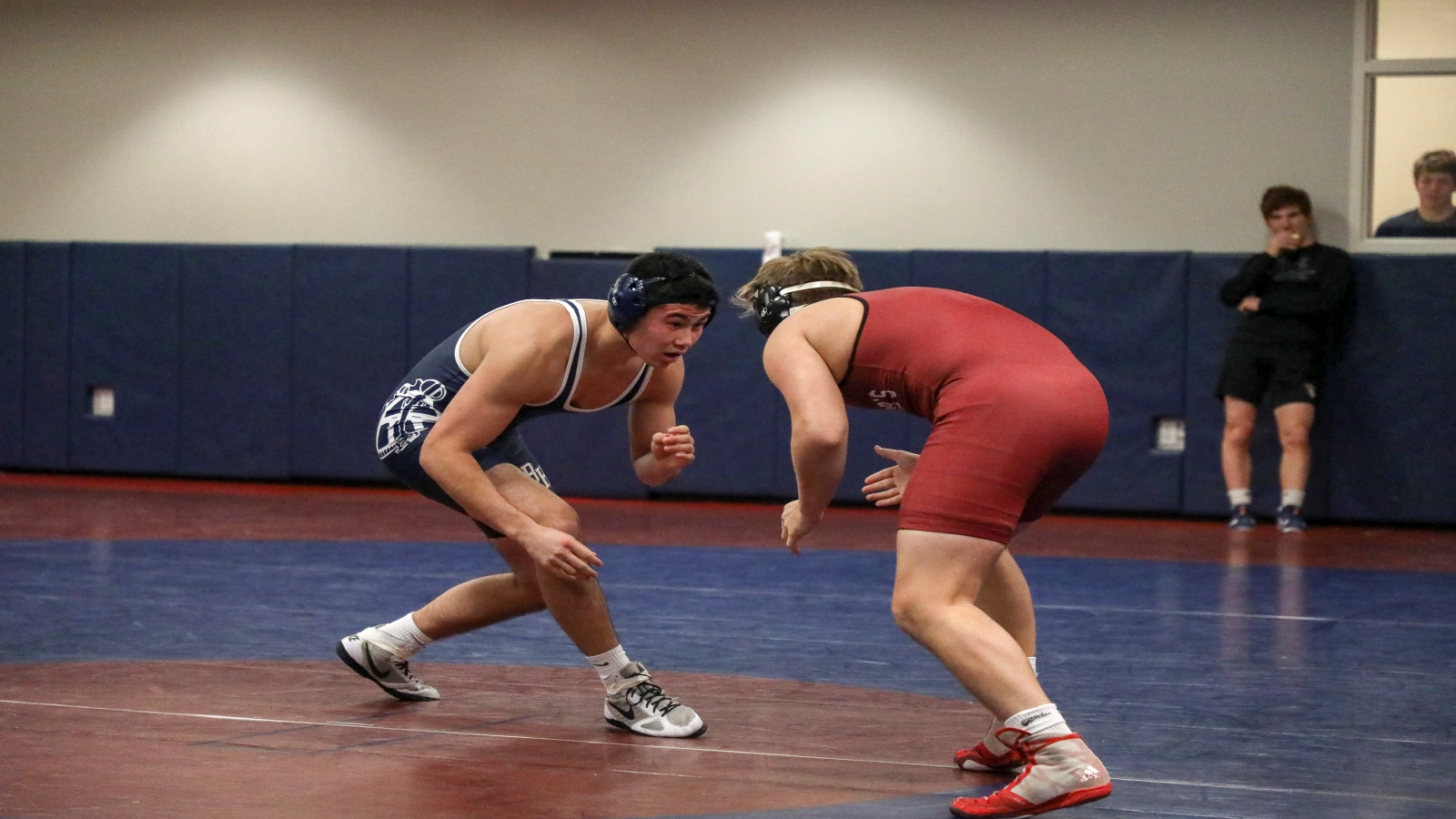 Over the past few years, the Belmont Hill Wrestling team has defined itself as one of the leading programs in New England. In the past four seasons alone, the team claimed the titles of ISL Dual Meet Champions and Graves Kelsey Tournament Champions four times, while also securing three New England Championships. Hot off the heels of last year’s championship season, captains Harrison Shapiro ‘20 and Hamza Shemsu ‘20 are eager to lead this year’s squad to similar results.

In mid-November, the team hit the ground running, both figuratively and literally (much to the grievance of certain wrestlers). Coach Donald Bradley, who has led the varsity team for thirty years, reflected to a room full of parents and athletes that he had never seen a wrestling team transition into the season so quickly.

As usual for the Belmont Hill program, the team is stacked with talent. The squad includes returning All-Americans such as Shapiro and Jimmy Harrington ‘22, members rising from the middle school team such as Cord Vallis ‘24, seniors who have wrestled for Belmont Hill since joining the team in seventh grade, and even a few new recruits such as Ruphael Getahun ‘20.

Over the weekend of the 7th, the team traveled to the Hopkins School in Connecticut to compete in the Rumble on the Hill tournament. With strong 3rd place finishes out of wrestlers such as Jason Wolf ‘20 as well as two individual champions, Aaron Stanger ‘24 at 106 and Jack Weldon ‘20 at 170, the team placed fourth overall. However, the team was not nearly in full strength at the tournament; a small portion of the team’s best competitors headed to the Germantown tournament in Pennsylvania to compete against some of the nation’s top talent. Shapiro, Harrington, and others wrestled against fierce opponents from Blair Academy and Northfield Mount Herman. The team also won their first four dual meets against Governor’s, Choate, Worcester, and Deerfield.

The upcoming season will be filled with challenges, including an unprecedented match against nationally acclaimed teams such as Blair Academy and the McDonogh School. However, Coaches Bradley, Leonardis, Davis, Kaplan, and Sullivan will ensure that their athletes train smart and hard to replicate the success to which the program has become accustomed.