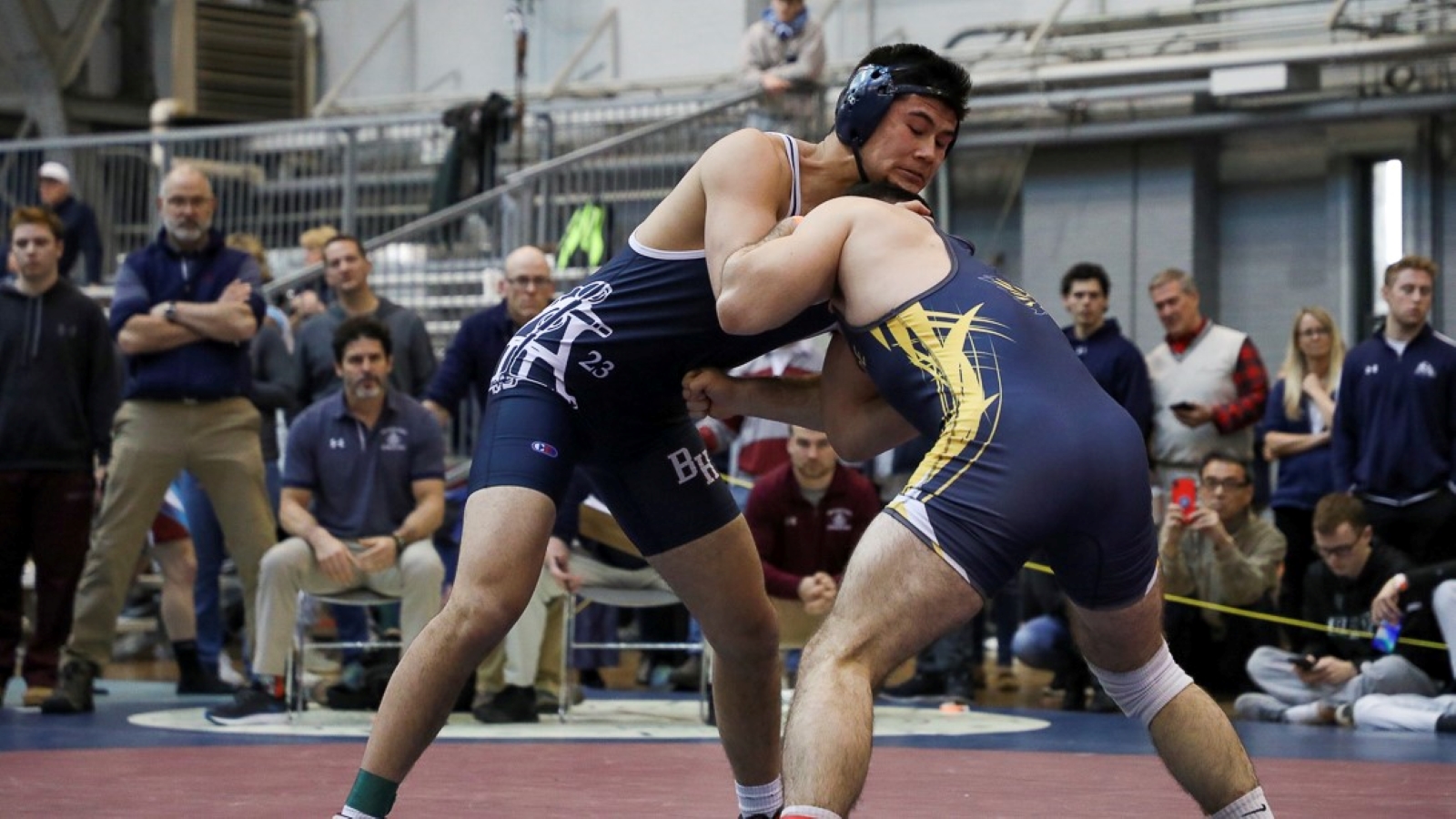 The Belmont Hill Varsity Wrestling team capped off a historic season with a New England Championship win over rivals such as Northfield Mount Hermon, Brunswick, and Greens Farms Academy. “After losing elite seniors like Phil, Luca, Colin, and Matt Smith, many people thought we would struggle to do well as a team,” captain Hamza Shemsu ‘20 noted, “but instead the whole lineup came ready to wrestle with the same intensity every day and showed everyone that Belmont Hill is still the team to beat.”

Belmont Hill had thirteen wrestlers at the competition, and every point mattered in the final round as they came out on top with 194.5 points to NMH’s 184 and Brunswick’s 180. The team had two champions in captain Harrison Shapiro ‘20 and Jimmy Harrington ‘22 as well as two second-place finishers in Freddy Pimental ‘23 and Adam Figler ‘22. Alex Gavronsky ‘23 landed third place, Hamza Shemsu and Kailen Richards ‘22 captured fourth, Jack Weldon ‘20 finished in seventh, and Daniel Bittner ‘22 secured eighth. Beyond being named champions, Harrison Shapiro and Jimmy Harrington were also named the Outstanding Wrestlers of the tournament.

Six Belmont Hill wrestlers went on to compete at the National Prep Tournament at Lehigh University in Pennsylvania. Vying against some of the best wrestlers in the nation, the team placed sixteenth overall with Jimmy Harrington at 5th place, Harrison Shapiro at 6th place, and Freddy Pimental at 7th place. All three wrestlers, having finished in the top eight, were named All-Americans; this is the second year in a row that Harrington and Shapiro have earned this honor.