XC Crosses the Finish Line on a Season of Growth

XC Crosses the Finish Line on a Season of Growth 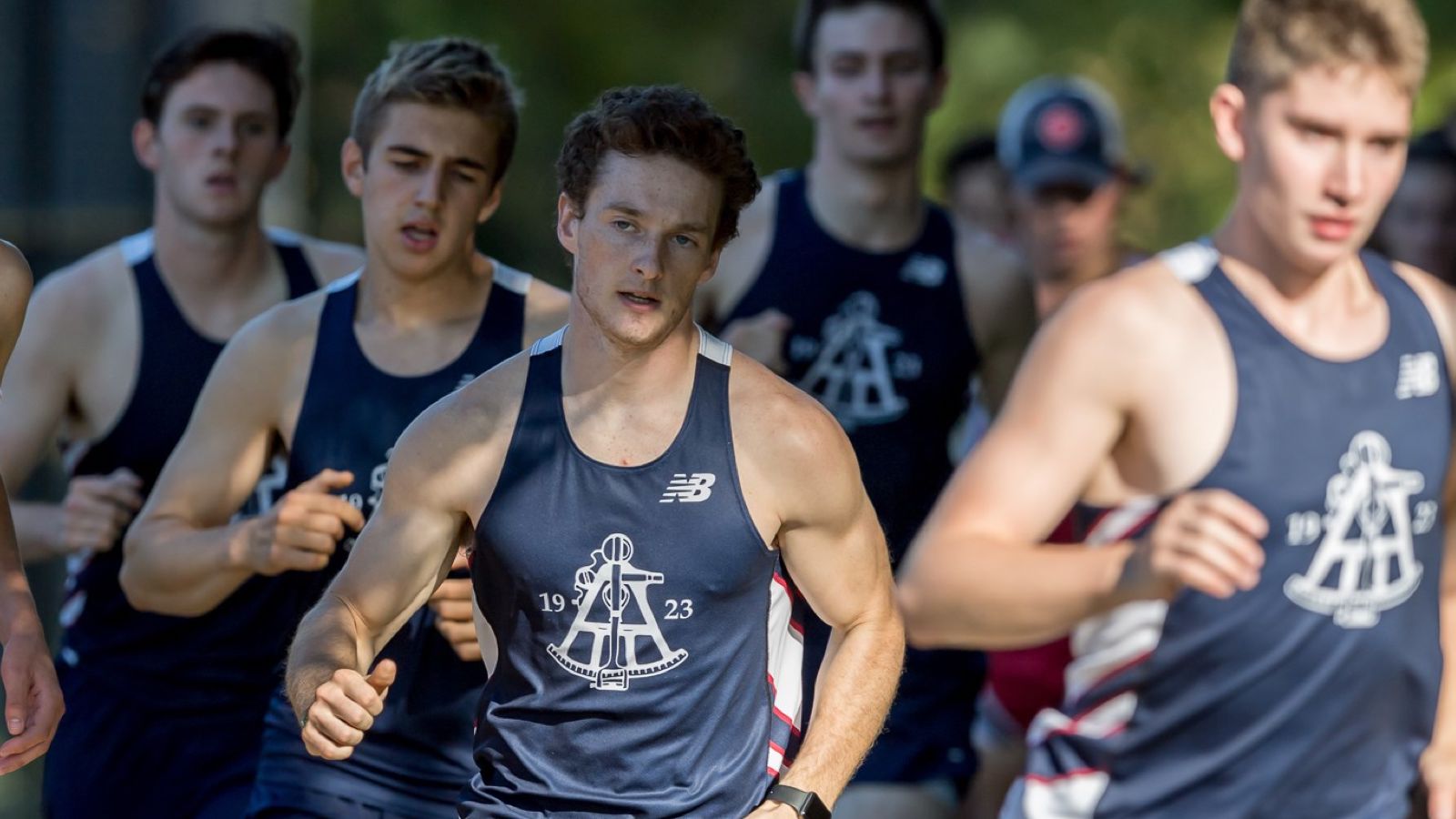 The cross country team’s season is coming to a close after over two months of training. The team, led by senior captains Charlie Donahue and Aidan McGaugh, has shown clear signs of improvement over the course of the season on both the varsity and junior varsity levels, and this improvement has been reflected by the runners’ times and the team scores.

After starting the season with a two and three record, the team raced their only home race of the season on the Rock Meadow course during homecoming, with both varsity and junior varsity beating St. Sebastian’s but losing to Nobles and Groton. The team then traveled to Roxbury Latin for their next race, where they lost to the hosts but beat Lawrence Academy. Despite the loss, the team’s score against RL had improved significantly from their race against them prior in the season. The next race took place at St. George’s, where the team won the junior varsity race and lost the varsity race. The following week, the team raced at Rivers, coming up with a win over BB&N but suffering losses against Rivers and Middlesex. The last dual race of the season took place at Milton Academy, and the team lost to the hosts and Tabor Academy but beat Brooks. At Milton, sophomore James Donahue won the varsity race and set a course record while doing so.

With the regular season complete, the team again traveled to St. Mark’s to compete for an ISL Championship against rival schools such as Roxbury Latin. The varsity and junior-varsity teams earned a ninth-place finish and an eight-place finish respectively, and James Donahue earned a medal at the event, running the seventh-fastest time in a field of 112 varsity runners and 365 total runners. The team’s last race was the Division 1 New England Championships at the Northfield Mount Hermon School. At the race, varsity finished in ninth place overall and junior varsity finished in eleventh. After his seventh-place finish the week before, James Donahue had another excellent race and finished in sixth place, making him the fastest sophomore at New Englands. Looking to next season, the team will be returning four of their seven varsity runners as well as many junior varsity runners, with the goal of winning an ISL Championship and maybe even a New England Championship.