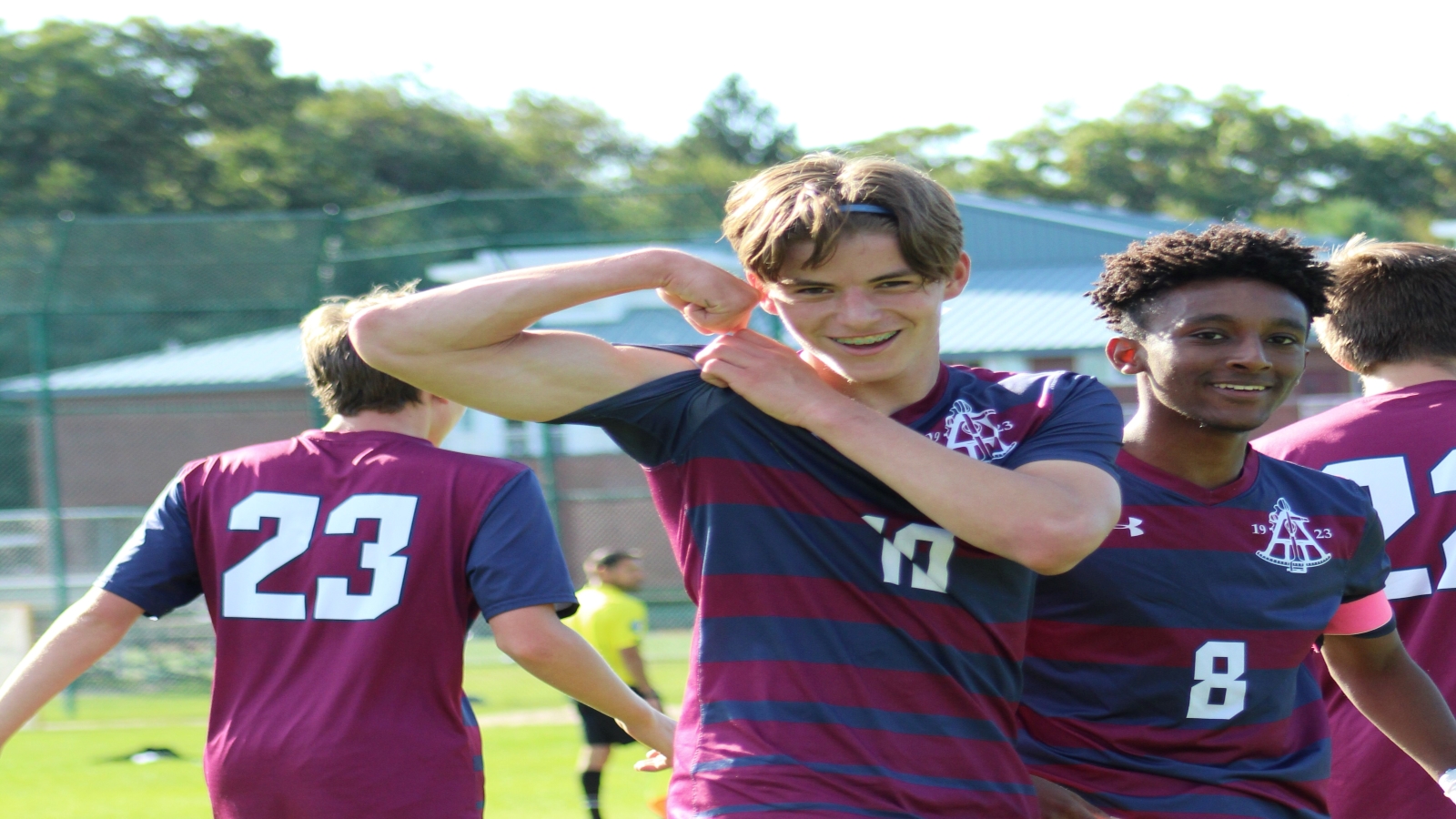 After a very respectable third place performance last season, the Varsity Soccer team is back with a vengeance. Although they graduated out a few integral characters (including Diego Pereira, Leighton Dolan, and Ben Ward), the team’s leadership has been well repleted. Hamza Shemzu ‘20 and Cole Matthews ‘20  helm the ship as senior captain

Coach Montoya and Holland return for their 25th and 8th year of coaching respectively. Together, they share an outstanding amount of expertise and knowledge of the game. Although Coach Kahn departed last season, Coach V adds tremendous value and expertise to the team. New additions will undoubtedly boast the team’s ISL aspirations.

This year in particular, the team has welcomed young talents into the fold, including Third Former Max Carboni ‘23. Since the season has already started, it is very clear that this squad is special. Matt Goncalves ‘20 has already accrued 10 goals and provided 2 assists in 6 games. The squad’s extraordinary chemistry was on display during this year’s Homecoming game against Tabor. Although down 1-0 in the first half hour, the team recovered well to earn a 2-1 win. Thanks to Jayson Firmin’s ‘21 incricate tap-in and Eric Silva’s ‘21 last- minute goal, the team boasts a 3-0 start, top of the league so far.

According to Tabor’s Coach,. after suffering a tough loss to our team, Matt is “one of the best strikers” he’s seen in the league during his tenure and admired the team’s “clutch performance”. This sensational squad will prove to be the team to beat after their extremely promising start to the 2019 season.