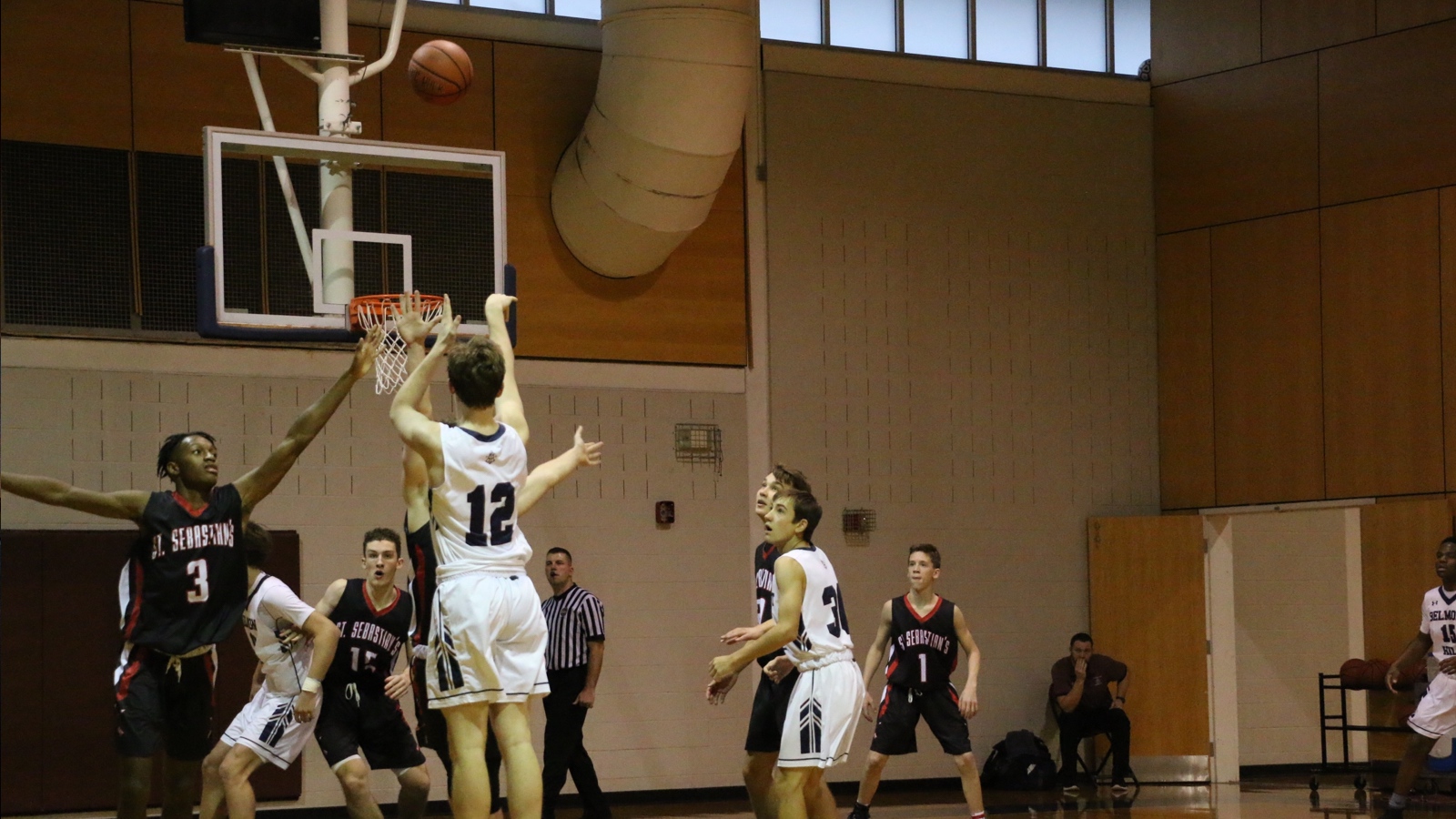 Senior Kevin Michael O’Boy, often known as KMO, has been a key player for the varsity basketball team for four years. As a captain this year, he has led them to a fairly successful season, given the departure of 10 seniors, four of whom started last year. After a rough start, with the team still grappling to find its identity and build chemistry, KMO led his team to a strong second half of the season and Belmont Hill was almost able to scrape their way back to .500 in the league, finishing with a 7-8 ISL record. KMO says that he had to transition his game this year as he became the centerpiece of an offense that in prior years included other dominant scorers – Jovan Jones ‘18, David Mitchell ‘18, and others. KMO says that he saw that he needed to be more aggressive this year: “at the start of the year I definitely struggled with this change but I became more comfortable with the role and had more success as the year went on.”

Beyond his play on the court, KMO proved valuable to the team as a leader. According to his teammate Tommy Smith ‘19, KMO was always the first one in the gym and the last one out, setting the tone for the rest of the team. Tommy adds that KMO has especially made an effort to teach the younger athletes on the team the work ethic required to compete at an elite level in the ISL.

KMO started playing basketball at a young age, “in first grade or even before.” Obviously, KMO has stuck with the sport and he says that he was drawn to basketball by “the speed and the pace of the game as well as the fact that there are so many moments in which you can impact the game.” By the time KMO came to Belmont Hill, he had established himself as a talented player, and during his six years at BH, his game has developed. When asked about his success in the past four years, he said, “I have been lucky to have great teammates for four years, and I was lucky to come at a time where the teams were good.” Specifically, KMO cites Quentin Harris ‘18 and Jovan Jones ‘18 as two older players who helped KMO develop into the player and teammate he is today by telling him “to keep shooting or keep my head up when things weren’t going my way.”

KMO has contributed to the success of the basketball team in all four years and was a starter for three. The team had remarkable success in KMO’s junior year (2017-18 season), when the team went to the semifinals of the NEPSAC, with an overall record of 21-4. This season, KMO is one of the scoring and rebounding leaders of the team, averaging 12 points and five rebounds a game. In his second to last game, KMO dropped 21 on the road against St. George’s, helping lead the team to victory against one of the best teams in the ISL. During the Brooks game on February 13th, KMO accomplished what very few athletes have; he joined the 1000 points club alongside six other BH alums. KMO credits his success in large part to coaches Murphy and Cofield, saying, “The coaches have helped me succeed as a player because they have always had faith in me, even through tough sections in my career.”

Next year, KMO will play in the NESCAC at Colby College, which is a top Division 3 school academically and athletically. KMO aspires to take his game to the next level in college. He says, “I am going to have to handle the ball a lot better at the next level and continue to get better on defense and get stronger.” KMO looks to contribute to the Colby team “by working hard and learning from the older guys and my coaches as well as being confident and making shots.”