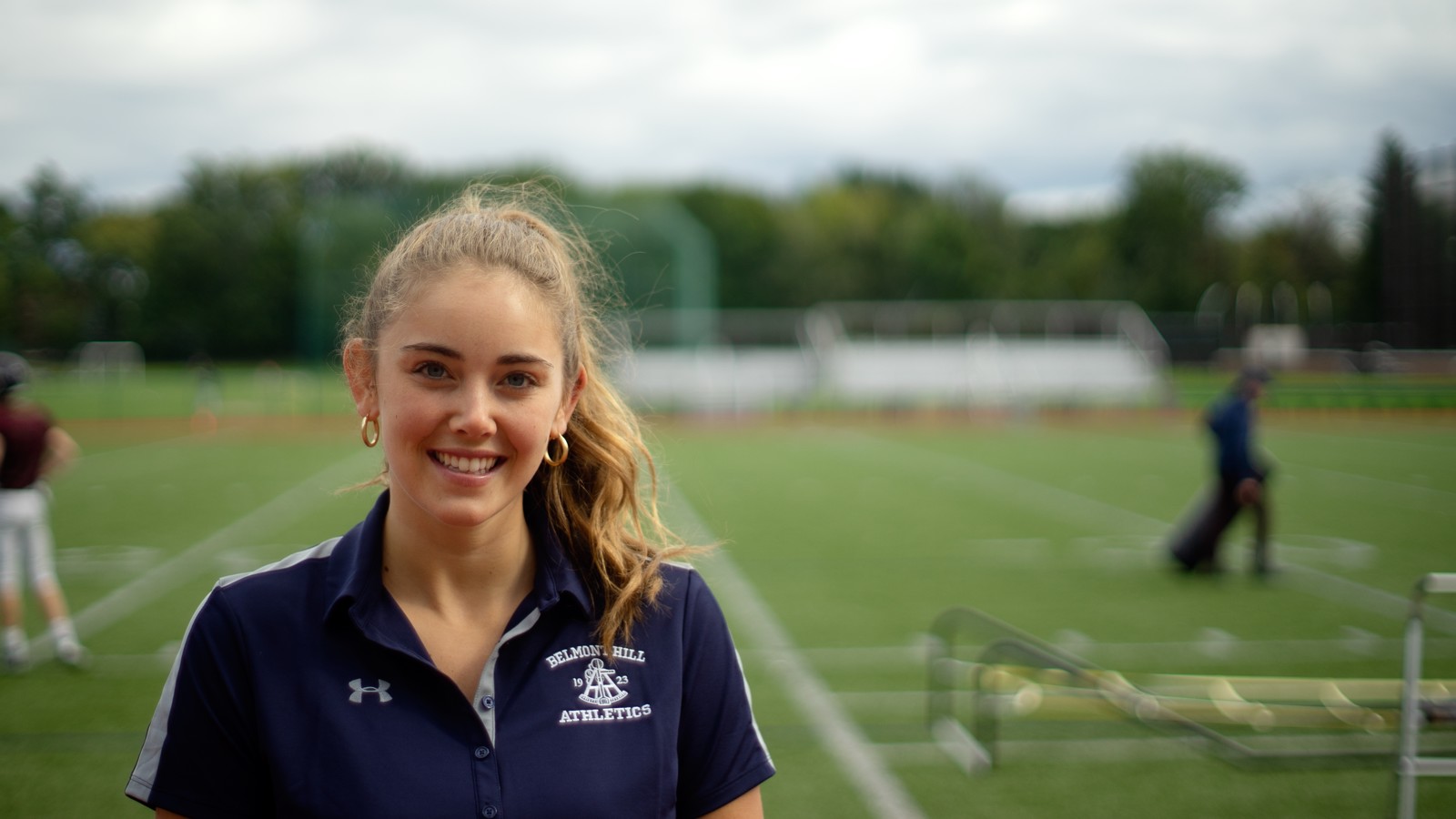 Ms. Ruys joins the Belmont Hill Athletics Department as an Assistant Athletic Trainer. Coming from the Boston College football team, she is accustomed to Belmont Hill’s fast-paced environment. Ms. Ruys attended high school in Connecticut, and she says her most memorable experience there was playing Powder Puff in her senior year. Her town took the sport seriously and had a ten-week season of practices: she played both tight end and D-end. In high school, she developed a strong relationship with her Athletic trainer, and it was then that she began considering a similar career.

Ms. Ruys was a Biology major at Suffolk University as well as a basketball player. There, she had a close relationship with the athletic trainer and interned a few times over her career. After graduating from Suffolk, she completed a Masters in Athletic Training at Bridgewater State University. She says that as an athletic trainer, she has the chance to make a difference mentoring students, get competitive athletes back on the field, and watch lots of sports.

While at BC, Ms. Ruys had the chance to travel with the team, watch countless football games (her favorite sport to watch), and work with great coaches, players, and other trainers. While she is excited for a change in pace, Belmont Hill will provide a familiar challenge and a whole new array of athletes and coaches. Ms. Ruys looks forward to learning everyone’s names and being a part of the tradition of athletic success at the school.