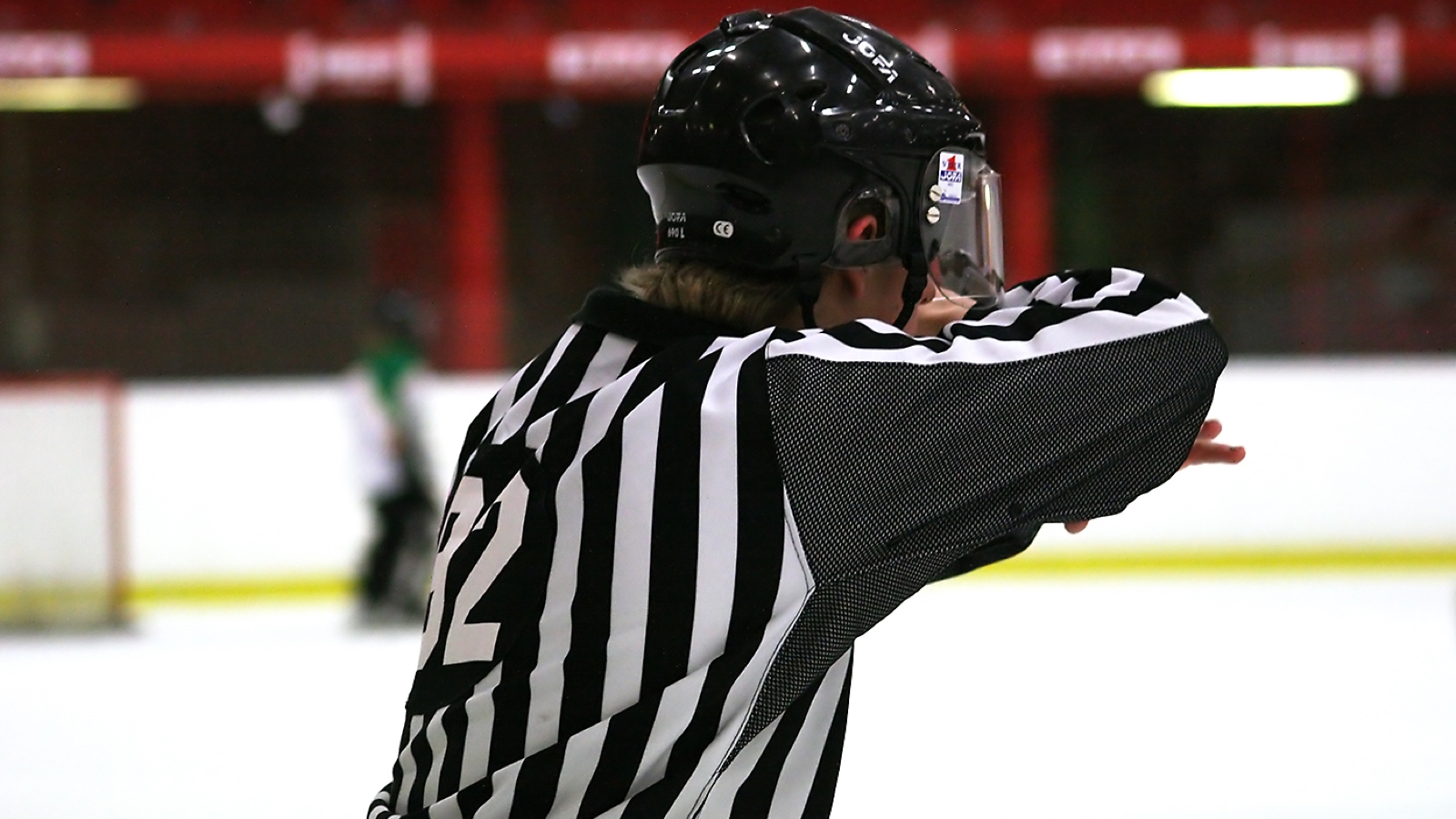 I am an ice hockey referee. This sentence has started many complicated conversations over the past four years of my life. To begin, I’d like to share an experience I had a few weeks ago.

“It was my sixth of eight games for the day. My partner was a loud, confident, but accurate official who knew his stuff and skated hard. It wasn’t until we called the first penalty that things got interesting.

My partner called the penalty, a textbook hooking call, and I skated to pick up the puck and mark the next faceoff location. Looking across at the benches, I noticed all three of the visitors’ coaches screaming loudly about the call. Behind me, I heard two kids on their team saying “that wasn’t a hook? He didn’t even fall down.” I knew then it was going to be a long game.

We ignored the hot-headed coaches, a common tactic used when we have nothing to explain to them, and continued with the game. But the head coach would not let it go. Just before the first period ended, he complained to my partner about a missed tripping call, asking “Are your eyes open ref?” To which my partner retorted “I think they are, we’ve called four penalties already. Why don’t you stick to “coaching” and I’ll stick to refereeing.”

I smiled as the guy stared dumbfounded back at him. But that coach wasn’t just yelling at us; he constantly told his players they were “playing like #&$%!” and were “sorry excuses for hockey players.”

About halfway through the third and final period, I started paying closer attention to the people in the stands. They too were screaming at the players, telling them how terrible they were, and how they should just get off the ice. Every time we called a penalty, no matter how blatant, they would scream “what the #&$%! ref, that’s not a penalty! What about the one earlier?” After reffing for four years, I’ve learned to ignore these parents, but I started to think how sorry I was for the state of the youth hockey game unfolding before me. There was no positive reinforcement. There was no “good job” or “nice pass.” There was only “suck less” and “be better next time,” and it seemed like everyone in the rink was not just okay with it, but participating.”

After the game ended, I began to question if there were any other times where it was acceptable to behave that way in a public space, I couldn’t think of any. Every person in that rink, especially the adults, was contributing to the negative competitive culture that is a reality in many youth sports. By acting in the way they did, they taught their kids that abusive behavior was socially acceptable. But what can I do as one teenage official? I found myself questioning why I was officiating, and how the game of hockey had led me to that rink and that moment. What was the point of working hard to officiate the best game possible if the sport was so wrought with negative messages and influences.

Here at Belmont Hill character and citizenship are central to our educational experience in all areas of school life. From early in their athletic careers, Belmont Hill players are taught to be courteous to officials, help them out, and be good representatives of the school. But how often do we see these traits promoted in other areas of our lives? To what extent is Belmont Hill’s commitment to sportsmanship an outlier? As athletes, coaches, spectators, parents and competitors, we must continue to consider our words and actions during games and competitions, especially outside of our school lives. For the sake of the game, we must try to hold ourselves to the highest standards, even when we are losing, even when we are upset, and even when an official makes the wrong call.