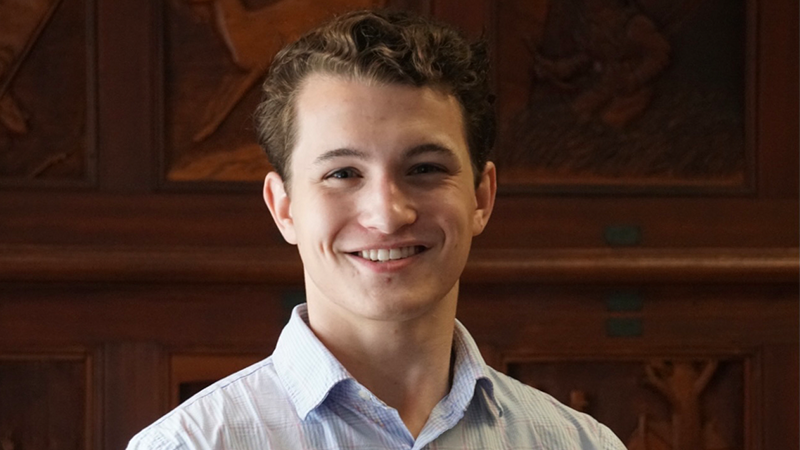 Now in his third term as Class President, Luke Carroll has had a positive effect on the Belmont Hill community with his ideas and implemented projects. Luke has organized raffles, food-events, and even a class outing. Recently, the Senior Class President and leader of the whole school had the opportunity to share his ideas with younger students through his opening address.

The lively speech began with the essentials: acknowledging the administrative team, faculty, and staff for making the experience of Belmont Hill possible. He thanked them for their extensive summer work to refit every classroom after the year of pandemic learning and for their endeavors in new projects like the Makerspace. Luke then singled out the new first form—the future of the Belmont Hill community. He advised them to make the most out of the school’s opportunities as their time here will feel much quicker than they expect, a sentiment that resonated with many alumni who remarked that they would do nearly anything to experience another day at Belmont Hill.

The key to Luke’s speech was his message to the younger students to try something new. He suggested they avoid simply going to school for the academic day and the subsequent sports practices as one can gain the most from Belmont Hill by taking advantage of its extracurricular resources, like the Model UN club Luke stumbled upon in 8th grade.

Luke also mentioned the interconnectedness of the Belmont Hill community, which he hammered home through his references to Johnny Cash’s 1963 song, “Ring of Fire.” He recounted a story of when “Ring of Fire” references were seemingly omnipresent on campus after the lyrics were written in a math class, emphasizing the unified nature of Belmont Hill. His speech fittingly ended with the school exiting the chapel to “Ring of Fire.”

Luke Carroll gave younger students food for thought, and probably encouraged many of them to try a new club or student group. A good choice would be to join one of the school’s publications including The Panel (upper school) or The Hill (middle school).