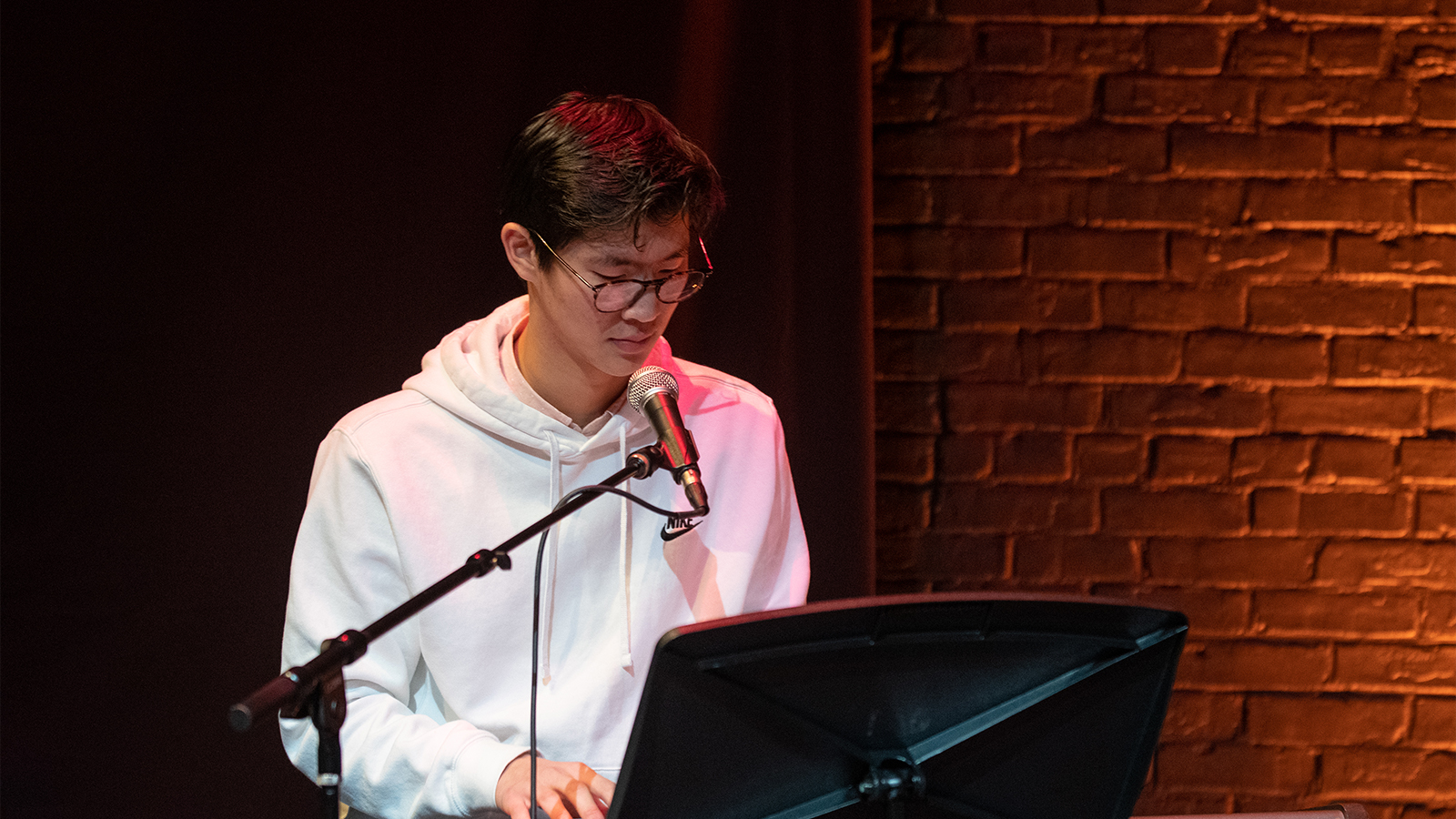 Andrew Jonghyun Lee ’20 has been a fixture of the Belmont Hill music building since he arrived at the school, but he has been a musician for far longer than that. He picked up the violin as a 9-year-old and mainly played classical music. He continues to play the violin to this day, but as of late, he has started to try other instruments, and shift out of the classical genre.

For the past two years, he has been teaching himself the piano, and also picked up the guitar this year. He first learned many contemporary pieces, as well as some of the vocals to go with them, but more recently has begun writing his own music, such as “Cigarette Lady” and “Forevermore.” He mainly takes his influence from classic rock artists, such as Five for Fighting, Queen, and Chicago, as well as more modern pop-rock bands like Bastille, Lauv, and Passenger.

Andrew cites performing at the coffee house, especially his own original song “Cigarette Lady” as one of his favorite moments of his Belmont Hill career. Though the music building is surely sad to see him go, we wish him the best of luck on his musical endeavors of the future.