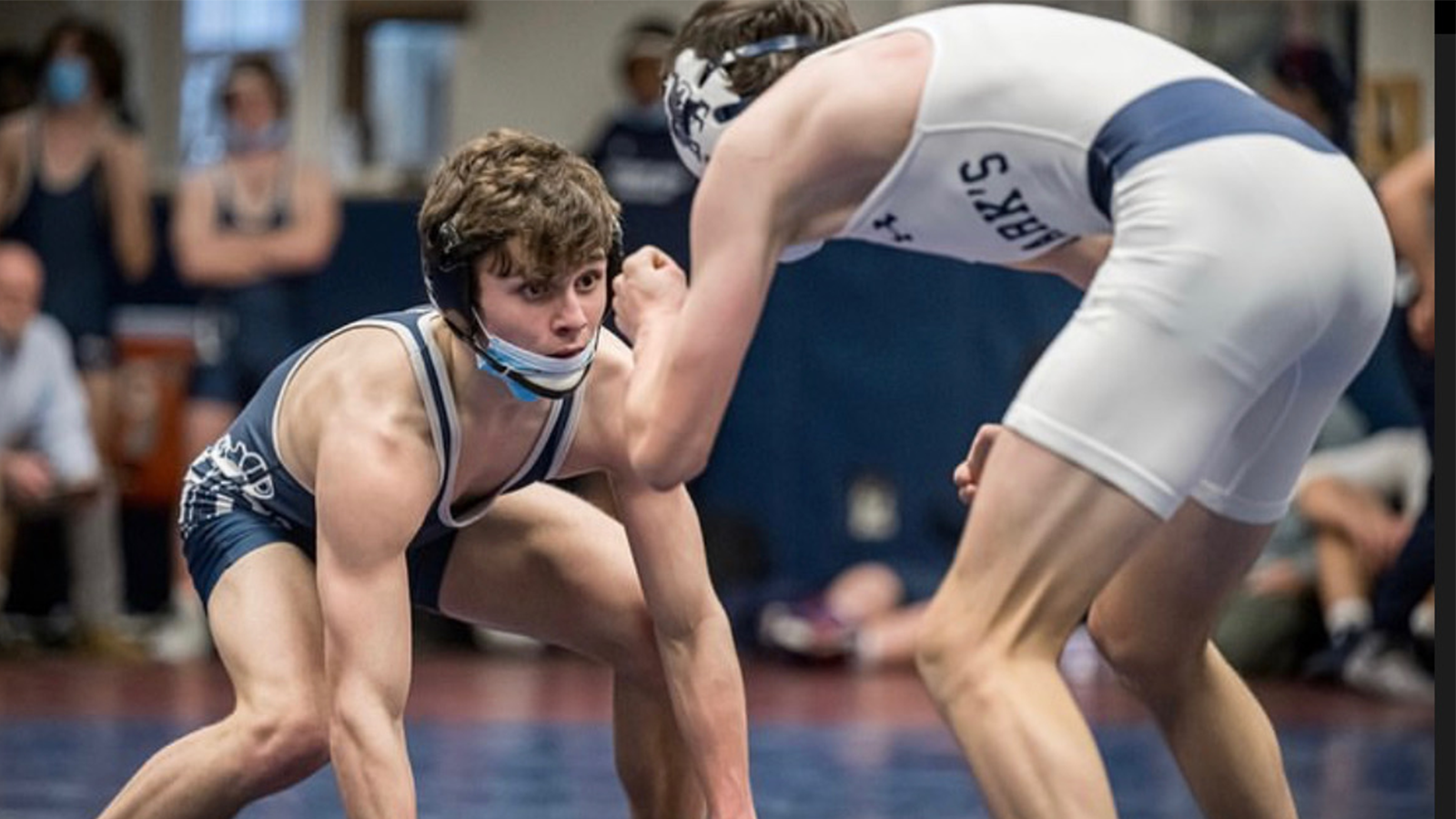 Freddy Pimental ’23 is one of the most hardworking and accomplished athletes in the Belmont Hill wrestling program. Freddy is a captain of the Varsity Wrestling team and does weight training with Coach Markham in the offseason (Fall and Spring).

When asked about why he started wrestling, Freddy talks about his dad and how he introduced him to the sport. Mr. Pimental had done Muay Thai and Jiu-Jitsu when he was younger and learned about wrestling through his training partner. When first introduced to the sport, Freddy talks about his struggles in starting up wrestling saying, “I hated how hard the sport was.” Freddy discovered early stages of success in wrestling with an ISL championship title, Prep New England runner-up, and Prep All-American placing 7th at Nationals as a Form III student. Due to the effects of COVID in addition to dealing with a broken shoulder injury during his Form III year, Freddy came back strong in Form IV with another ISL championship, getting revenge and becoming Prep New England Champ. Freddy went undefeated in the ISL throughout his Belmont Hill wrestling career with only one loss in New England. Clearly, Freddy loves the sport and is always talking about “the grind” and how important it is to stick with something even if it may not appeal to you at first. This hard work not only stems from his winter practices with Belmont Hill, but also comes from his determination in the offseason to continue getting better. Training with Doughboy Wrestling Club in Lowell, MA outside of school has been a contributing factor in Freddy’s success.

Like any other Belmont Hill student, Freddy played three sports across his middle school years. He played soccer up to Form III and lacrosse in Form I. After his far-fetched dreams with lacrosse were crushed, Freddy switched over to track in the Spring running in both Form II and Form III. When faced with the opportunities of strength and conditioning in the Upper School, Freddy took the chance and continued with just wrestling in those years. Freddy has passed on his love for the sport to his younger brother, Andrew, who is following in his brother’s footsteps with early success.

When asked about his thoughts on the future of wrestling, Freddy talks about the popularity of the sport and the big movement for women’s wrestling into high school and college programs. His continued love for the sport is represented in the little stuff when Freddy describes some of his wrestling practices: “Though some might think it’s torture, I love when the wrestling room is hot or when I have a sweatshirt and sweatpants on during a really hard practice and I’m sweating like crazy. And that’s why I’ve stuck with the sport over the years.” Freddy’s hard work and determined work ethic clearly exemplifies what it takes to achieve high school wrestling success. Now that he’s co-captain of varsity wrestling in his senior year, his work ethic will set a great example for the young athletes looking to make their mark on Belmont Hill athletic history. It’s exciting to watch Freddy and other co-captains, Alex Gravonsky and Turner Rayment, lead the wrestling program with high expectations of winning another ISL title.

Although he may seem like just another successful athlete, Freddy was awarded as an AP Scholar at the start of the school year representing his hard work in the classroom. Freddy is now looking forward to his next four years as he has just committed to Johns Hopkins University. As a leader, hard worker, and student-athlete, Freddy has a lot to be proud of and has successfully left his mark on Belmont Hill as one of the great wrestlers of our time. The Panel staff wishes Freddy the best of luck for the future and we hope that Freddy continues his accomplished academic and athletic career at Johns Hopkins and any future path he ends up taking.