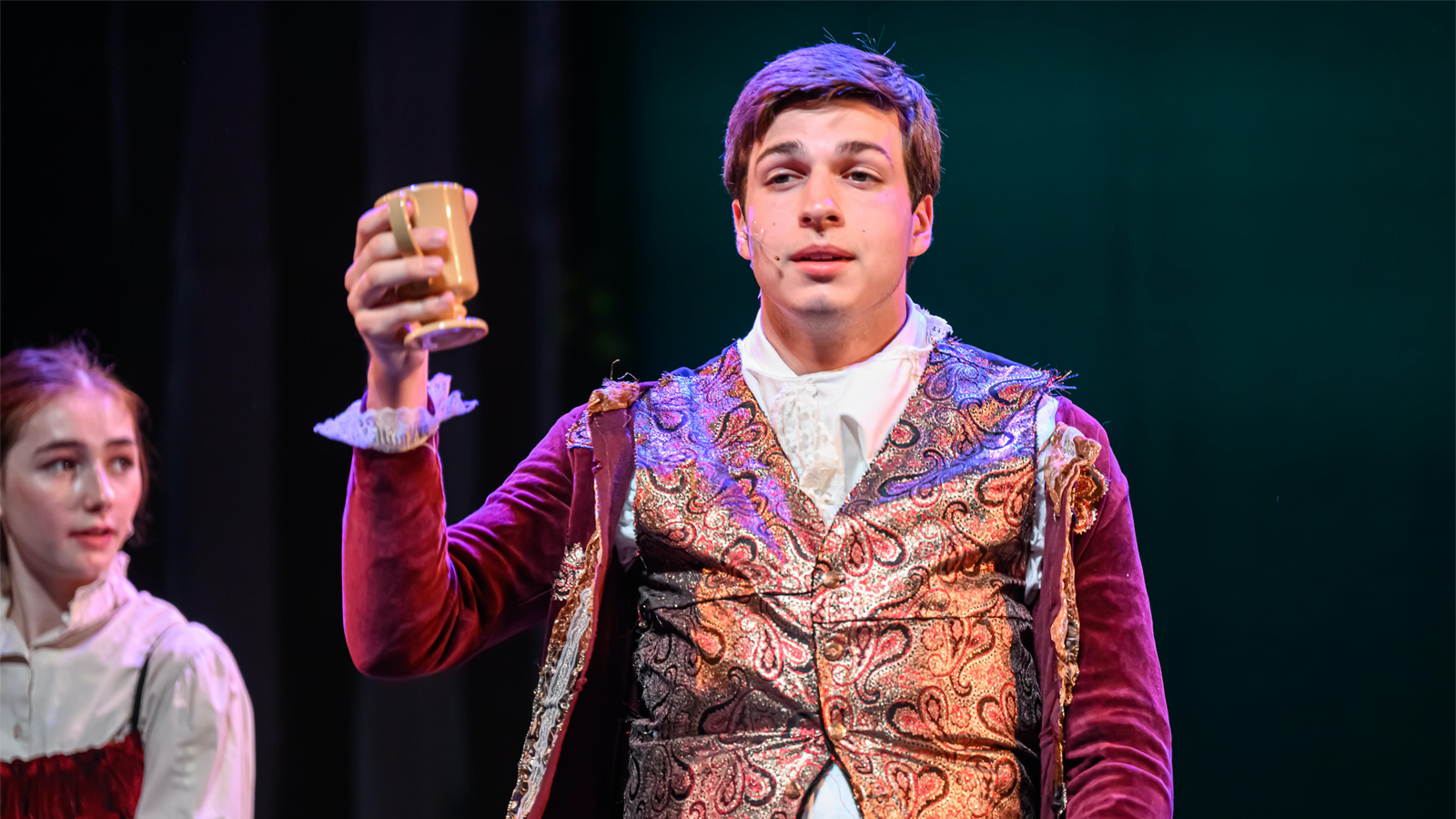 Jeremy Eaton ’23 has become a prominent leader of the theater program during his time at Belmont Hill; in each of the past four years, he has won Drama Prizes for his roles in over ten productions. Mr. Diresta, the Director of the Theater Program, notes that from his first comedic role in 15 Reasons Not to Be in a Play, back in 2017, to his current dramatic role in the ongoing production of Twelve Angry Men, Jeremy’s characters have experienced unfathomable loss, ruled a kingdom, performed unwarranted dental surgery, taught science, committed murder, solved murders, and even controlled the heavens themselves… from the stage of the Kraft Theater. During COVID, he got to develop his directorial and technical eye, serving as one of our main writers, directors, and filmmakers as we wrote, filmed, and edited an original film.”

In order to give his fellow actors more opportunities to grow, Jeremy decided to take on a minor role in his original film “They Went Remote.” This act was a testament to the profound effect his humble leadership has had on the theater program. Mr. Conway, the Associate Director of the Theater Program, remarks how Jeremy has “unflappably conquered any role given to him and done so with a spirit of generosity and quiet leadership that acquits himself and the program well every day.”

As he reflects upon his time at Belmont Hill, Jeremy notes that several of his greatest memories at Belmont Hill were on the stage surrounded by his friends. When asked what theater means to him, Jeremy answered, “For me, theater has been an opportunity to meet some new people, try something new, and step away from a tough day of academics or athletics. To learn lines does take a lot of time and practice, the same with studying for a test, but the experience of stepping out of my everyday life into that of a character and immersing myself in a different world makes up for the added effort.”

As Jeremy moves on to college next year, Belmont Hill will certainly be losing a cornerstone of the Theater Program; however, his lasting legacy will undoubtedly contribute to the future success of the program. The Panel wishes Jeremy the best of luck as he enters the next chapter of his life!