In the Age of COVID-19…Are Movie Theaters Dead?

In the Age of COVID-19…Are Movie Theaters Dead? 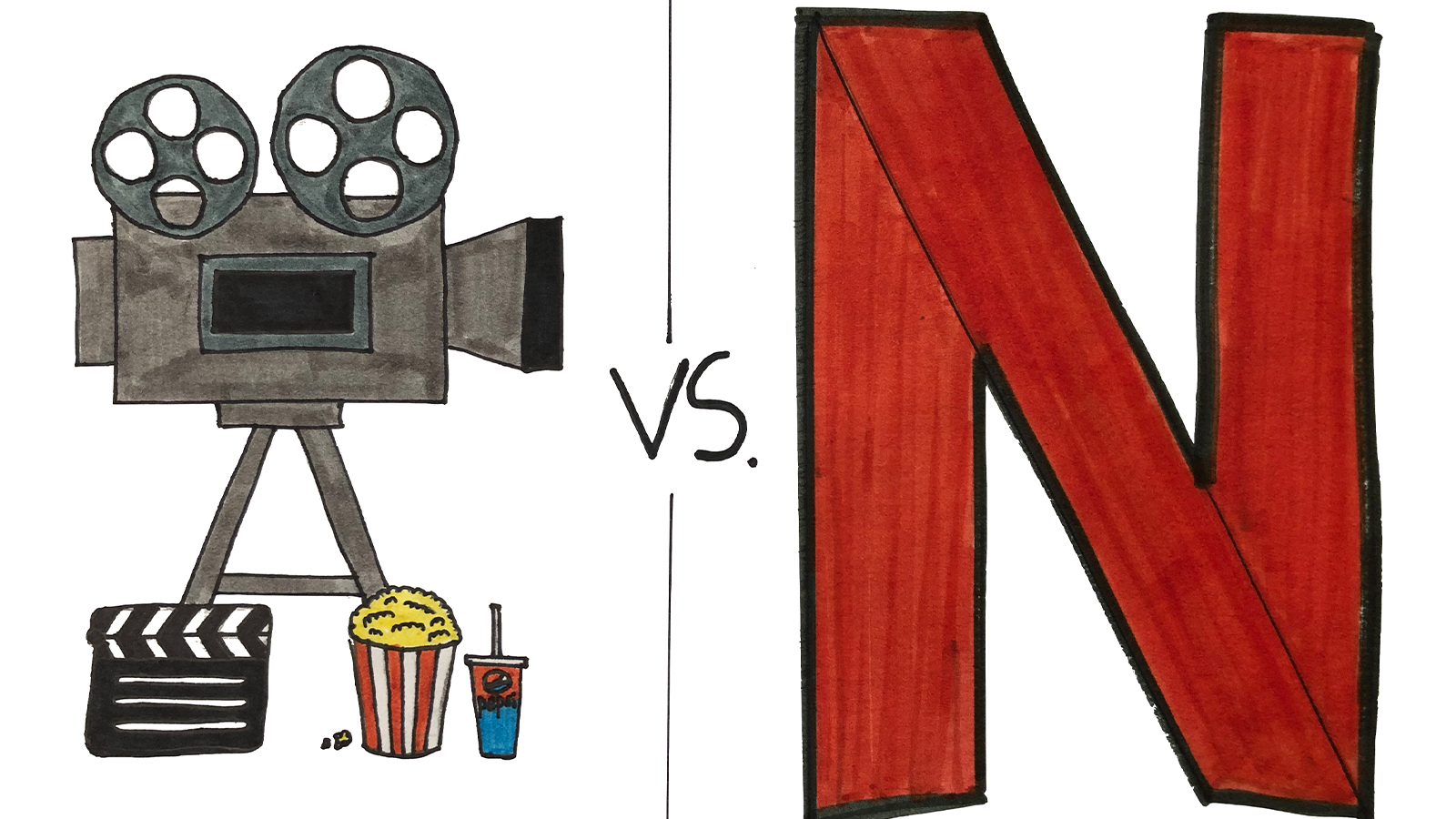 As I write this article, I have to think back to the last time that I went to a movie theater. And, I am slightly embarrassed to admit, it was almost one year ago for the premiere of Avengers: Endgame. I remember thoroughly enjoying the movie, as well as the experience. As usual, I ran out of popcorn in the first half-hour, but I had candy and a very comfortable recliner to last me the rest of the three-hour ordeal. I had an amazing time, and I could not stop thinking about the movie for days. So why haven’t I been back? Was it about the time? Or that there were not any films I felt inclined to see. If I’m honest, it’s because there were no movies I felt inclined to see immediately. Because, after all, every movie will eventually be available on a streaming service or On-Demand right in my living room. In the case of Endgame, it made sense to see it in theaters because otherwise, someone at a lunch table would undoubtedly have blown the plot. Additionally, the hype surrounding the film would wear off after everyone had seen it, making the watching experience less enjoyable. For most films, however, when you watch it doesn’t matter nearly as much. In fact, many people would rather watch in the comfort of their own home. Now, I am aware that I may not represent the average moviegoer, but the question begs to be asked: in this online age of Netflix and Hulu, are movie theaters dead?

At home, you get to watch movies where you want, when you want, and with whom you want. At one time or another, everyone has likely experienced sitting through a movie while distracted by a particularly chatty patron or a whining baby. Sometimes you don’t find a seat with the best view, or the person behind you is kicking your chair. None of these are issues when watching in your own house. Then there’s the commute. The movie theater might be a long drive or train ride, parking is challenging and time-consuming, and oftentimes there are lines for tickets and popcorn. On the other hand, if I wanted to watch a movie right now, it would take less than 30 seconds for me to make the trip to my couch and fire up Netflix. The decision to stay at home is a no-brainer and one to which cinemas have yet to provide an alternative.

As the world moves to digital, it seems likely that Americans will very soon be able to watch new movies at home. CNBC estimated that, in 2018, more than half of American households had a Netflix subscription, and that figure has undoubtedly only grown.  The COVID-19 pandemic alone has added over 15 million subscriptions. In addition, many cable subscriptions come with an On-Demand feature or pay-per-view service, so people than ever are connected to a streaming platform. However, People go to the cinema to see a new movie that they are not otherwise able to watch. Otherwise, consumers would have to wait a few months before the movie makes it into their homes. However, the theater industry is struggling. According to Business Insider, in 2017 nationwide ticket sales were at the lowest they had been since 1995. Ticket prices have risen to make up for the decline in sales, which leads only to a further decrease. It makes sense that in the coming years we may see movies premiering digitally on streaming services in addition to in the cinemas. Furthermore, some production companies are making their own streaming platforms where they can premiere movies. In addition to acting as a streaming service, Netflix is also producing its own shows and movies. Disney has already started premiering movies on Disney+ ,such as the live-action Lady and the Tramp. The bottom line is that online streaming provides an opportunity for movie producers to make more money over traditional releases. They can bring films to a broader audience and use movies to sell subscriptions. Moving digital makes sense for both consumers and corporations.

However, movie theaters still have their place. For blockbusters like Avengers: Endgame, an in-person premiere still seems like the best option. There is something special about the atmosphere of a packed theater on the weekend of a long-awaited movie release. Something about going to the theater on a Friday night with a few of your closest friends and fifty other die-hard fans to see a new release adds to the theater’s allure. It keeps people coming back again and again. The experience just can’t be beaten. This is the mindset of many people in this country that love going to the cinema and still see movies regularly. Furthermore, movie theaters are still the only way to see many of the big-name feature films that get produced.

However, the coronavirus pandemic and the resulting quarantine are putting movie theaters that have thrived for decades at risk of going out of business. This crisis is only speeding up the process that may ultimately kill the industry. Once this is all over, we will have to save our theaters. So next time you find yourself on a Friday night about to curl up and watch a movie on Netflix, maybe consider going to a theater.

In conclusion, movie theaters are not dying, but they are reeling in their old age. They have been a staple of American society since the early 20th century and are still going strong. While there may come a day when we watch the next Avengers film online, when a film’s box-office gross is measured not in ticket sales but pay-per-view sales, or the amount that Netflix paid for the rights to the film, that day is not here yet. For now, movie theaters are alive and well.