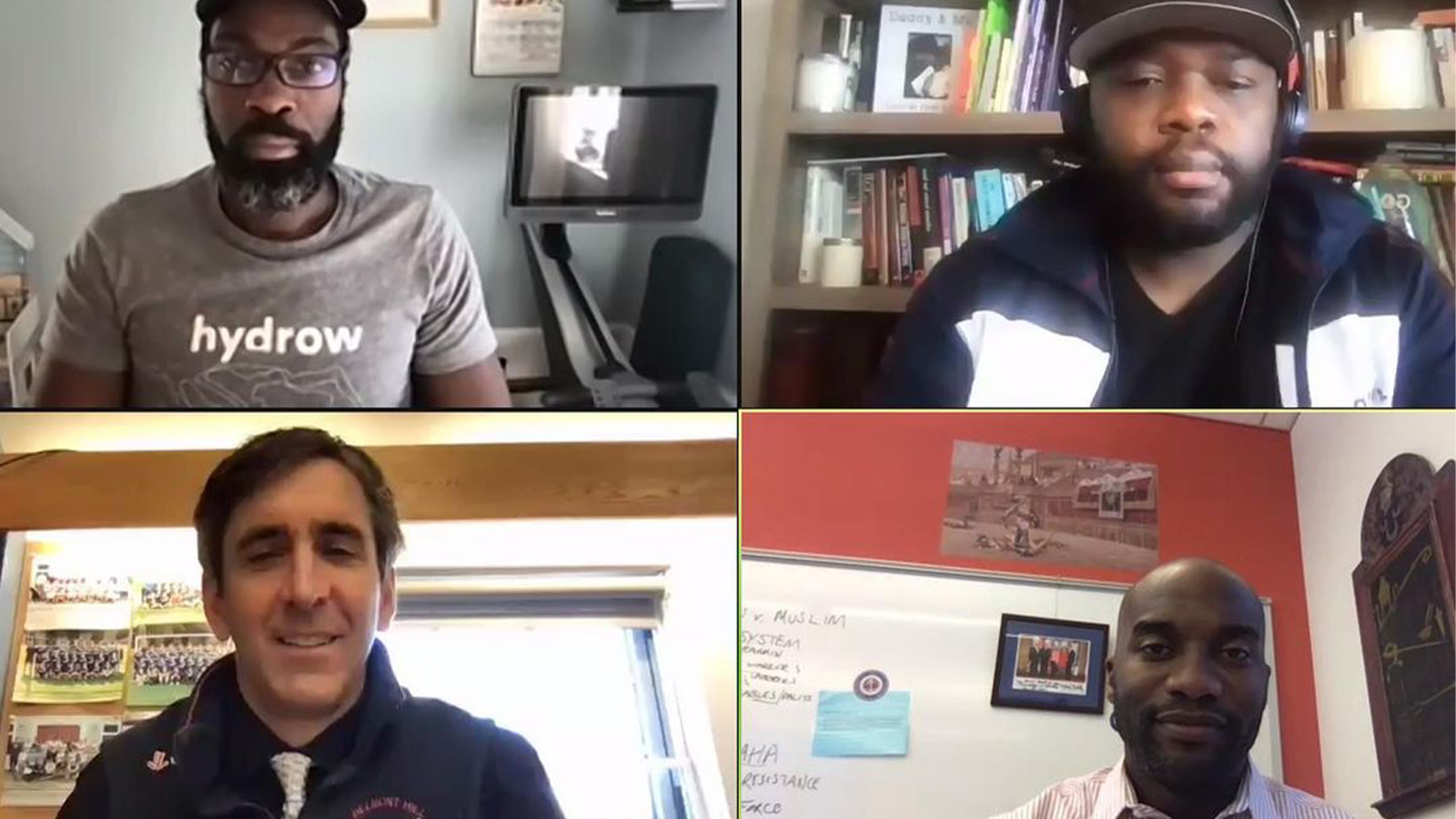 On Friday, February 26th, the Belmont Hill community had the privilege of listening to a talk given by award-winning author and speaker Arshay Cooper, who grew up on the west side of Chicago, an area rife with gang activity and drugs. As Arshay explains it in his book, A Most Beautiful Thing, a woman whom he would later call Coach Jessica wheeled a boat and a TV showing people rowing into the cafeteria to show the kids from Manley High School in Chicago. At first, Arshay and many of his classmates stayed as far away as possible because most of the people on the TV were white. However, Coach Jessica promised pizza for those who would check it out, and Arshay and his future teammates eventually gave in. Arshay’s experiences in rowing would change his life forever, giving him a reason not to join a gang or get caught up in criminal activity. After graduating from Manley High School, Arshay attended Le Cordon Bleu culinary school and would later become a chef for multiple restaurants and companies.

While the documentary A Most Beautiful Thing, along with Cooper’s book of the same title, seems to be mostly about rowing, what I took away from the film, the book, and his talk was finding an outlet of some kind for those who are in what seems to be an inescapable situation like living on the west side of Chicago. In the documentary, they go into detail on how the trauma of witnessing the deaths of friends and family from a shooting or how drugs harmed these kids’ ability to learn and succeed later on in life. Also, the protection and sense of family provided by life in a gang is too enticing for many in these communities. During the chapel talk, Arshay made the distinction of a “bad” decision versus a “hard” decision, meaning the decisions of many in his community to join a gang was much more complicated than it may seem. As the documentary and book show, providing these kids with an outlet can mean the world, whether it be rowing, playing basketball, singing, or writing poems (which was another of Arshay’s hobbies).

Additionally, a main theme of the documentary and the book was the sport’s ability to draw different types of people together. As Arshay explained in his talk, many of his teammates came from different neighborhoods, which means a lot in communities like the West Side. Nevertheless, when they got in the boat and trained together, they were able to overcome their differences. Similarly, Arshay had the idea, which was documented in the movie, that the rowers from Manley would row with four policemen from the Chicago area. Growing up, many kids in the Chicago area, and throughout the country, have a severe distrust of the police. As Arshay said in his talk, he personally has never committed a crime, but has nevertheless had his head pressed against the hood of a police car. However, the sport proved no less effective in bringing these very different groups together. Overall, the documentary and Arshay’s chapel taught us many valuable lessons, including the value of sports and their ability to build important relationships.

Joining Arshay on the Zoom call on the 26th was Aquil Abdulah, a graduate from George Washington University and a former rower on the US National Team. Mr. Abdullah currently is the Senior Infrastructure Engineer at Hydrow Incorporated, which develops at-home rowing machines and provides live instruction from coaches, a role that Aquil also fills. Aquil has worked with Arshay on numerous occasions, mostly in giving presentations at schools like Belmont Hill who are interested in both of their stories. Aquil was able to provide a different, but in many ways similar, perspective. He was also raised in a tough environment, growing up in Washington D.C. The shared experiences of Arshay and Aquil is a testament to how hard work and commitment can lift someone out of almost any situation.

Belmont Hill thanks both Arshay Cooper and Aquil Abdullah for giving their time to talk to us and sharing their stories.