Artist of the Issue: Andrew Herrera ’19

Artist of the Issue: Andrew Herrera ’19 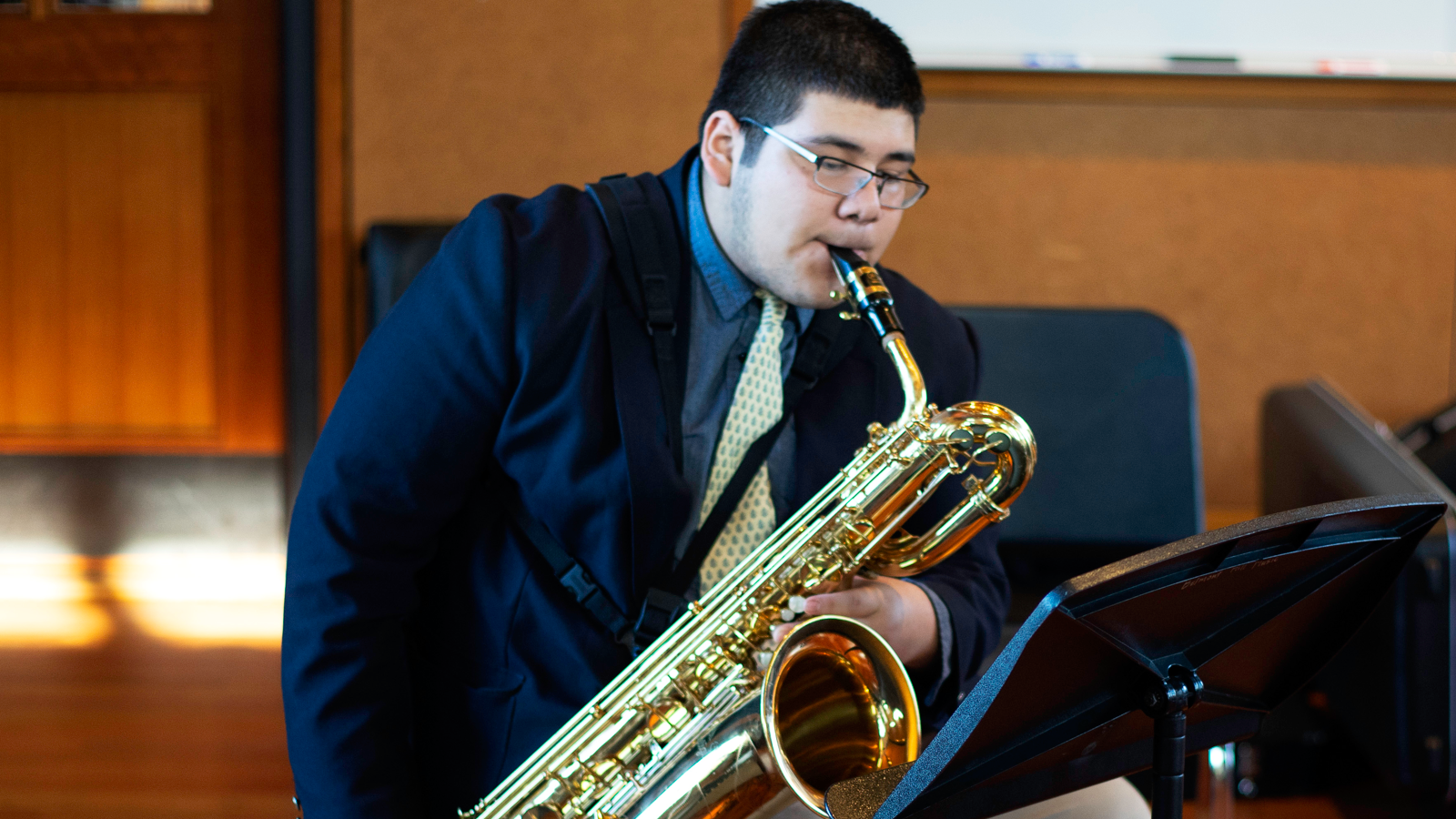 Andrew Herrera, a current senior at Belmont Hill, has pursued a passion for music since the fourth grade. When his elementary school hosted a showcase of string instruments, Andrew picked up the cello and learned to play. The next year, Andrew decided to leave the strings behind and began to learn the Alto Saxophone, which he practiced until arriving at Belmont Hill. Today, Andrew serves as both a Baritone Saxophonist and the President of the Upper School Jazz Ensemble.

As one of his class periods is designated to jazz, Andrew practices for 40 minutes three days of the week, and 75 minutes one day per week. On the weekends, Andrew usually practices for around fifteen minutes, but the bulk of his practice takes place at school. As for what drives him, Andrew enjoys the satisfaction that comes with being able to juggle sports, academics, and the saxophone all at the same time. “Every new music piece we get isn’t easy,” Andrew remarks, “and so there is always a new area which I could improve on. Once all the hard work is done, for example, after a concert, I get that satisfying feeling of accomplishment.” Furthermore, Andrew finds playing the saxophone a relaxing experience and a welcome opportunity after a stressful day at school. Surrounded by his friends in the band, Andrew enjoys “releasing all [his] stress and thoughts through the horn.” He loves performing at Belmont Hill, as they always draw a supportive audience, and they are led by a great teacher in Mr. Fiori.

As for his future plans, Andrew does not believe that he will play in a professional band in college. Despite this, he plans to keep up with his playing either through a club or his own practice. Playing jazz has drawn out a newfound appreciation for music and its artists, and Andrew is interested in a deeper study of both. Andrew firmly believes that music and playing instruments have been a valuable part of his life, and, knowing that he could have easily quit before arriving at Belmont Hill, he is glad that he has stuck with it and continues to play today.