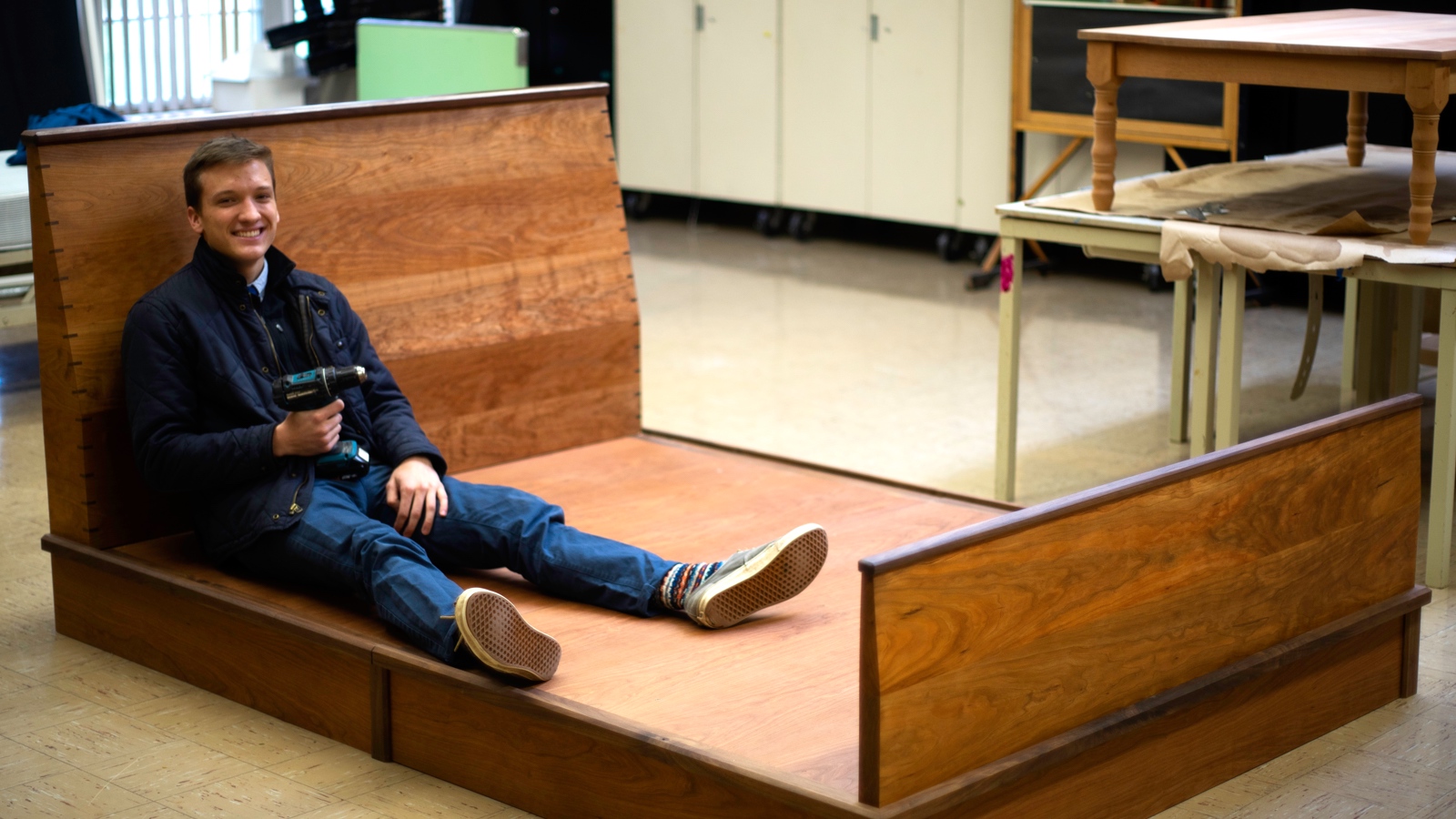 Not long after entering Belmont Hill in the first form, senior Liam Durbin began to experiment with woodworking and, after developing an early passion for the craft, has pursued it ever since. Liam cites his family as one reason he grew interested in the field but also notes that over time, his own interest in the field helped him remain deeply invested in woodworking. “I got into woodworking because my brother, Cole, who graduated in 2014, was very interested in woodworking,” he elaborated, “I was inspired by him, and then I also just developed my own general interest in the craft.” Besides his brother, Liam cites Mr. Kaplan as a mentor of sorts, appreciating his “consistent support for woodworking.”

Much like any other craft, woodworking has its ups and downs. To Liam, the sense of satisfaction he achieves after finishing a difficult project is among the most rewarding parts of woodworking: “Some of my favorite moments come just after finishing a lengthy project. It’s always nice to enjoy that feeling of fulfillment. Likewise, I’ve always had fun entering my projects into competitions and winning a few prizes here and there.” The highlights however, seldom come without hardships, and Liam is all too familiar with the frustration of setbacks: “My greatest lows are whenever I make a mistake that sets me back a couple weeks or a couple days. One missed cut or flawed chisel stroke here or there and you’re set back a little while. That can be tough to deal with, but it builds character.” On a project to project basis, furthermore, Liam finds the most joy in “working with the actual wood itself,” and he least enjoys “the design process and figuring out what to begin working on.”

Most recently, Liam has worked on a number of longer-term projects, including a boat, a shed, and a box, but notes that the length of any piece of work “just depends on the difficulty of the project that you take on and the complexity of whatever it is you’re building.” Liam’s bed project, for example, “took over a year and required work multiple times each week.” He elaborated: “Over the course of the past year and into this year, I’ve been building and completing my bed that I’ve been working on. This year, I’ll be doing an independent study again, and I’ll be building a bedside table for my bed, as a matching set.”

After six years of woodworking success in Belmont Hill’s Arts Department, Liam still insists that “the biggest goal is to always be getting better and to hone the craft,” and he anticipates many rewarding projects yet to come.