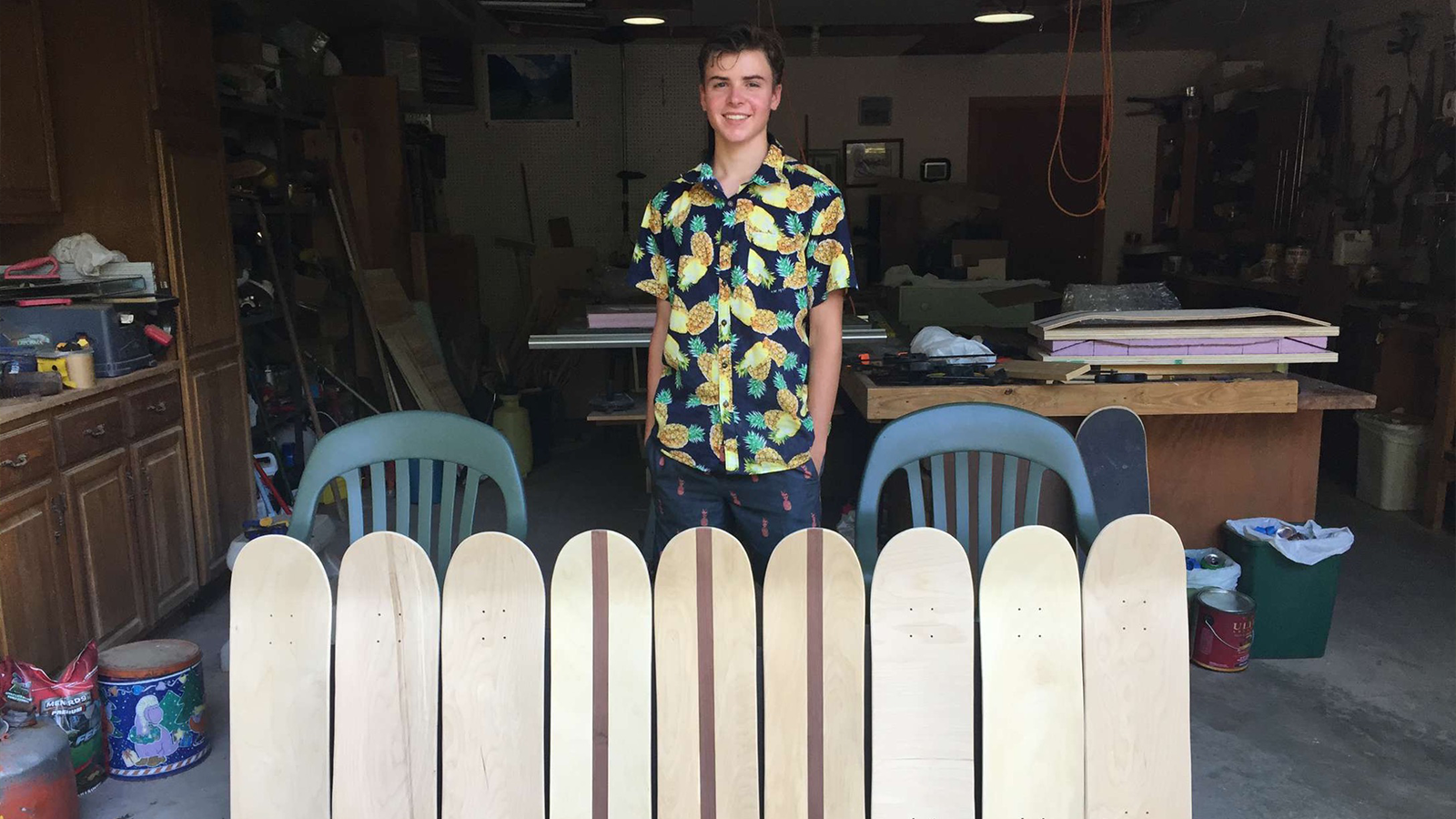 Readers of The Panel have been lucky enough to gain special access to the art of Riley Shafer, Belmont Hill Class of 2021. For the past volume, Riley’s drawings have graced the pages of this fine publication. Still, the digital graphics we see attached to The Panel’s articles are only the tip of the iceberg for Riley’s impressive oeuvre.

Much of Riley’s art is more private and personal than what we see. Since he was a child, Riley has spent his summers in Minnesota with his grandfather. Every summer, Riley and his grandfather embarked on creating some kind of art project. Whether it’s a 6-foot by 4-foot canvas painting, a dozen handcrafted skateboards, or, most recently, a set of canoe oars, these projects have been at the heart of Riley’s summers and his relationship with his grandfather.

Despite taking the painting and drawing class in Form III, Riley decided to switch lanes and enroll in the digital video course this year. Inspired by horror filmmakers like James Wan, Riley plans to make a fantasy short film that involves a talking tree for his final project. When I asked him why he decided to include this, he said, “I was just thinking of what I should do, and it was the first thing that popped in my head. And I said to myself, ‘yeah, that would be cool.’” Clearly, his artistic revelations come to him with ease.

Moving forward, Riley sees himself working at the intersection of business and filmmaking. He’s wary of the controlling effect production studios have over filmmakers’ artistry, so he will use his experiences as an artist to mitigate this. We should all be excited for what Riley does in the future, whether it’s working on the backend of another artist’s work or creating his own.