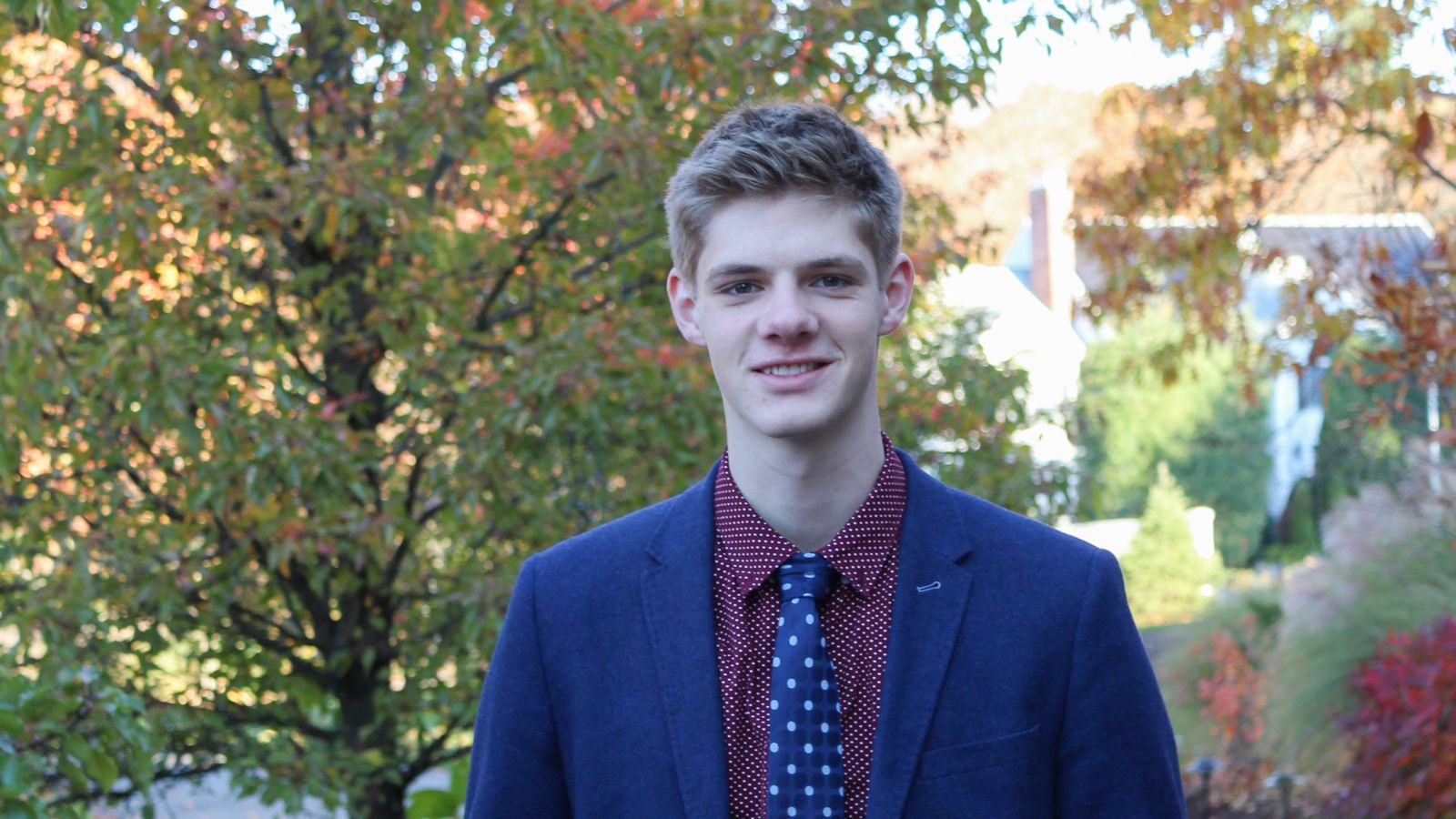 This year, Belmont Hill has the very good fortune of having Harvey Rupp as a member of the Fifth Form.  Harvey joins us from Wesley College in Perth on the west coast of Australia, where he is a standout student and stellar oarsman for the crew team.  So far this year, he has been living with Fourth Former Gabe Klug and his family and, over the Christmas holiday, will move in with his next host family, the Perrys.  In the spring, he will move in with Jack Curtin and his family, where he will stay through the remainder of the year. In the first semester, Harvey has been an amazing addition to the Belmont Hill community.  He has tackled a very difficult course-load with relative ease and is enjoying the opportunities to compare Australian and American culture in his classes. He notes that American Literature and US History in particular, “tie in well together and the Harkness table is good for asking and answering questions about cultural divides.”  He has also loved getting familiar with the intricacies of ceramics under the direction of Mrs. Kaplan.

On the other side of campus, Harvey is an athlete par-excellence.  In the fall he competed in both cross-country and Belmont Hill’s annual Head of the Charles 8+ entry.  On the water, he quickly adjusted to the American technical style and was a major component in the school’s fastest 8+ time at the Head in over a dozen years.  With the winter barely underway, he has already taken to cross country skiing like a fish to water, although he did point out that “his face has gotten to know the snow quite well.”  Despite this, his fearless attitude has been most impressive to his teammates and coaches. His goal for the season is “to do well in a race or two”, which certainly looks attainable based on the leaps of progress he has made so far.  After the winter, he will once again row for the crew team, wherein a few short months he has become indispensable to the squad both on and off the water.

While from the outside Harvey has done a phenomenal job in all aspects of school life this fall, he did note that some aspects of his new routine took some adjustment.  For one, the homework load here is much greater than what he was used to at Wesley College, but the exam period pales in comparison to the 18 hours worth of mid-years he would be taking at home.  Additionally, he misses his friends and family at home, although he is feeling more settled into both his academic and social settings. Overall, we are so lucky to have Harvey with us and cannot wait to see what great things he does with the remainder of his time here!