Athlete of the Issue: Hamza Shemsu

Athlete of the Issue: Hamza Shemsu 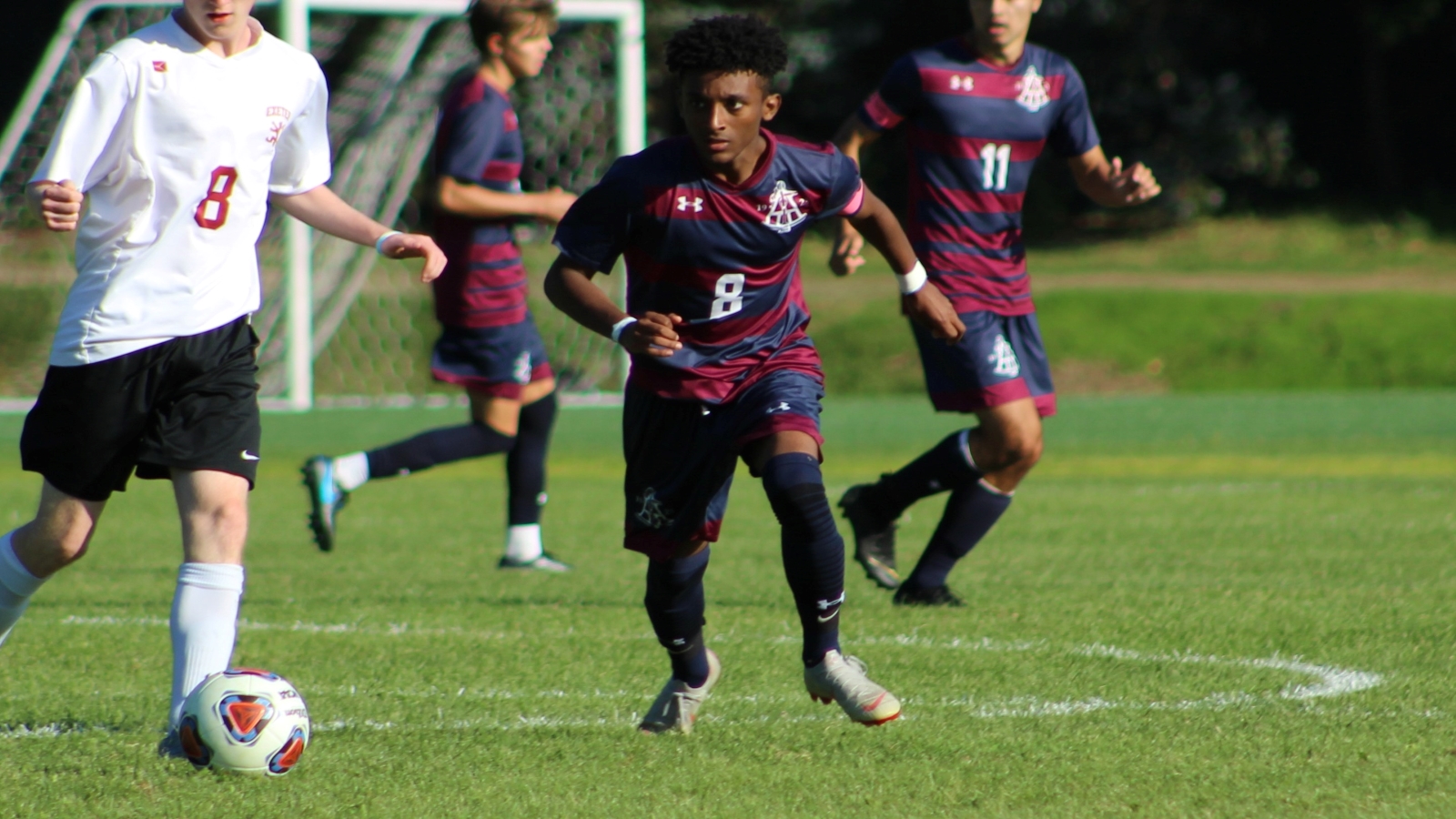 If you’ve ever stumbled upon a Belmont Hill Varsity soccer game and watched for a few minutes, you might have confused the blur on the field for the wind, the Flash, or maybe Sonic the Hedgehog. Fear not, fellow citizen, for what you see is not a cartoon character, but captain Hamza Shemsu.

Hamza has been playing Varsity sports since his sophomore year. Being a gifted soccer player, wrestler, and overall athlete, it’s no surprise to anyone that he has since become captain of the soccer team and the wrestling team. His career as a player has not been easy. Because he’s coming off of a back injury, he has been slowly increasing his playtime. Despite this setback, Hamza is confident that he is close to being back to full health in time for the important games later on in the season.

In his last year here on the Hill, he has led the soccer team on a successful string of victories; currently, the team has five wins, and zero losses. Shemsu’s command in the midfield is crucial to the team’s success, as the team has only allowed four goals thus far, while the offense has scored over fifteen throughout the course of the season. Hamza finds a way to perform at an elite level no matter where he is on the field.

His impeccable soccer skills and knowledge of the game are not the only aspects that allow him to be such a formidable player. With his unmatched quickness, Hamza can’t help but leave his opponents in the dust. When asked about his speed and agility, Kai Ogoneh of the Fifth Form said, “That kid is the quickest little dude I’ve ever seen.” He’s not wrong. Watching Hamza outmaneuver, outrun, and out-juke every kid who steps his way is like watching a chef carefully carve up a cut of meat or a mechanic diligently disassemble a broken machine.

Despite being an outstanding member of the team, Hamza knows that every player is vital to the team’s success. According to Hamza, “All the seniors know this is an important year. We have a good group of guys and this is probably our best chance in a while to do big things. We have a shot at winning the league.” Best of luck to Hamza and Belmont Hill soccer and wrestling.