Athlete of the Issue: Leighton Dolan ’19

Athlete of the Issue: Leighton Dolan ’19 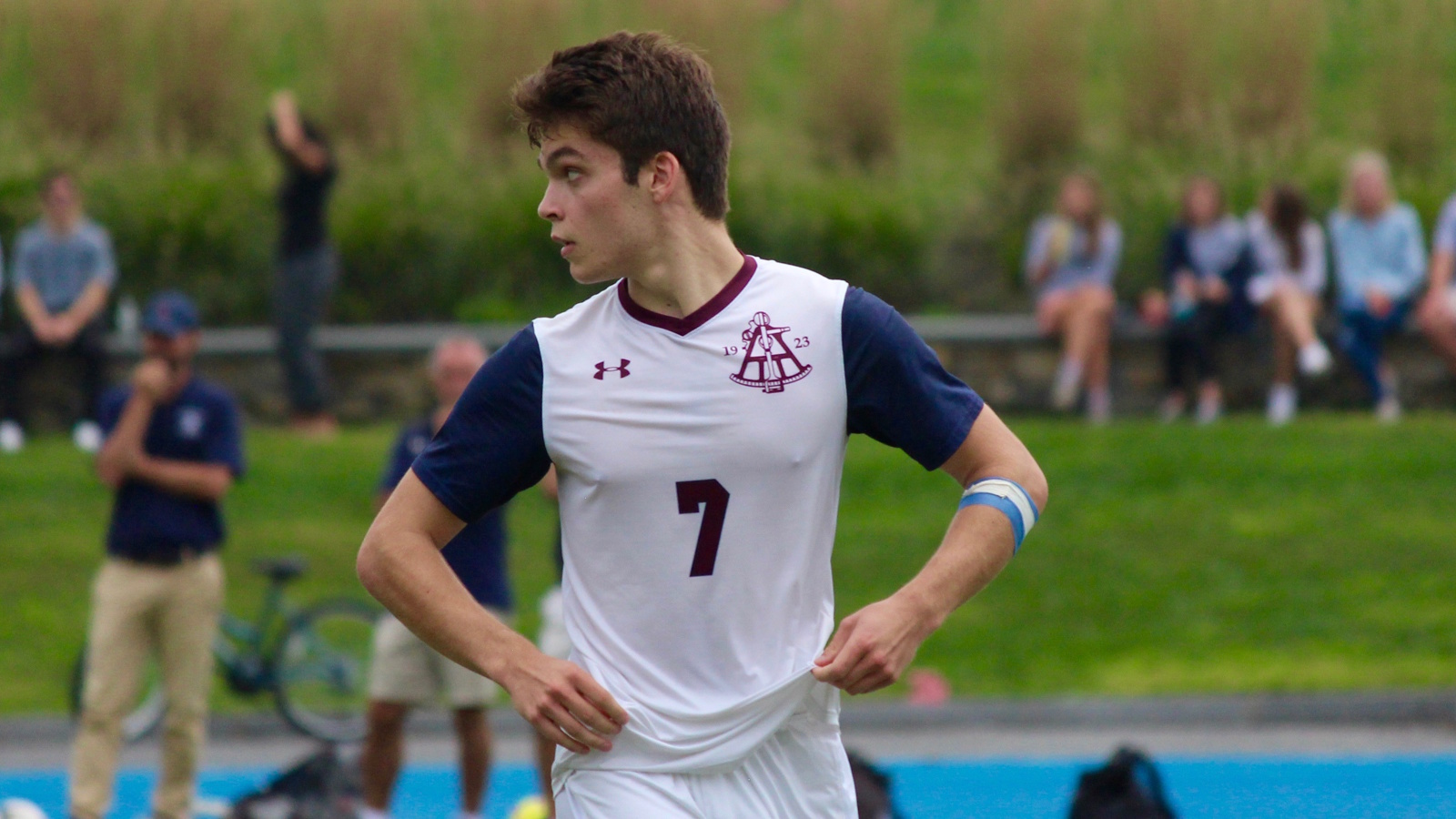 A natural leader and skilled soccer player, Leighton Dolan ‘19 has called the Belmont Hill pitch his home for 4 years. Prior to entering Belmont Hill in Form I, Dolan started his soccer career in his hometown, Belmont. He picked up the sport in second grade and played in a small pick-up league. After excelling that year, he graduated to club soccer and continues to play for his team the Boston Bolts. After a few miniscule setbacks in the middle school, it didn’t take long for Dolan to make an impact for the soccer team. His acceleration, ability to chase defenders, and his left-footed shot made a strong impression on Coach Montoya in his first few days of tryouts. Dolan made the team as a sophomore and currently starts at striker for the team. He’s participated in two successful campaigns as both years the team has made the prestigious New England tournament. Over the offseason, Dolan has continually worked to improve his right foot skills, especially in tight spaces.

As Dolan sets to lead the Belmont Hill squad to its third consecutive New England tournament, he still admires his past role models. “My biggest role model is definitely Francesco Totti from Italy. He is now retired, but his jersey was my first soccer jersey ever. He is one of my role models because he stayed with one club his whole career, AS Roma. In an era where most players switch teams every few years just to chase money, I think Totti sends a strong message for people to stay loyal and that will make you a hero to others.”

For the upcoming season, Dolan believes that the team is destined for an ISL and New England championship. Besides winning championships and setting records, Dolan plans to attend a NESCAC school to continue his playing career. He believes that “the competition is second to none and a lot of the teams for soccer in the NESCAC are ranked nationally in the top 25, unlike most sports.”

In addition to loving the sport itself, Dolan admires the competition aspect of the game. He believes that soccer brings out the heart and sacrifice for the team and also praises the game as being on the more challenging side: “Soccer is also the hardest sport I have ever played in my life and creates a challenge for me every day to work on some aspect I can improve upon.”

Although the team is known to catch the injury bug from time to time, Dolan believes that the team has the depth and talent for a championship run. His admiration for the game, hard-working mentality, and exceptional leadership rub off on his current teammates as all of them strive for the two championships in November.