Athlete of the Issue: Ugo Anuonyemere ‘18

Athlete of the Issue: Ugo Anuonyemere ‘18 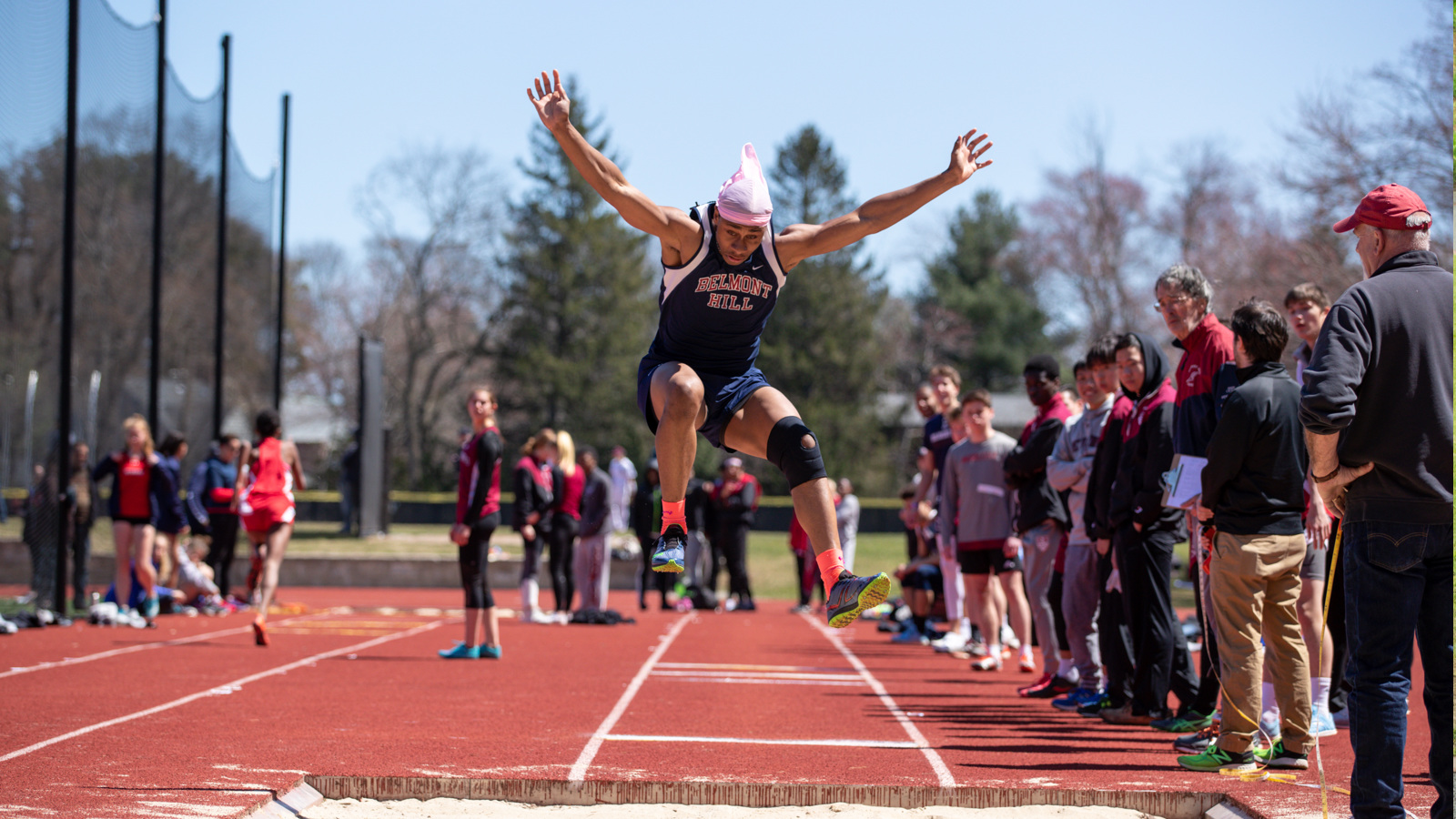 Owner of one of the most recognizable voices on campus, Ugo Anuonyemere ‘18 is one of the best athletes to come through Belmont Hill. A star in football and track, Ugo suffered a setback in 2016 with a torn ACL. Looking for a bounce-back year, Ugo finished his Belmont Hill football career with a strong effort in 2017. After managing basketball in the winter, Ugo came ready to repeat an ISTA championship in track. Before injuring his knee, Ugo was a stud in the jumping pits. He came inches away from setting the high jump record as a sophomore in 2016. Looking to avenge his ACL injury, Ugo led the jumping team to one of its best campaigns in Belmont Hill history.

At the ISTA meet at Governor’s, Ugo was seeded #3 in the high jump. He defied those odds and jumped a Belmont Hill record of 6’6”, winning the entire event and breaking his season PR by a whopping eight inches. He then ran in the 4×100 and helped the team place second in that event. And, for the first time in his athletic career, Ugo attempted the triple jump. Seeded in last place in the event since he had never had a recorded jump length, Ugo shocked his teammates and the competition and won the entire event, giving a much needed 20 points (in total) to the Belmont Hill team. Because of his stellar performance in the field event, he won the field MVP of the entire meet. Following his stellar performance at ISLs, Ugo won the high jump once again at a height of 6’ 4”.

Next year, Ugo plans on attending Northeastern University for track. Ugo is the kind of athlete who can pick up any sport and shine in it. He was a great leader on the track team and many of the jumpers held him in high regard. As he leaves his footprint on Belmont Hill, Ugo’s athletic drive, kindness, and heart will be sorely missed by the Belmont Hill athletic community.