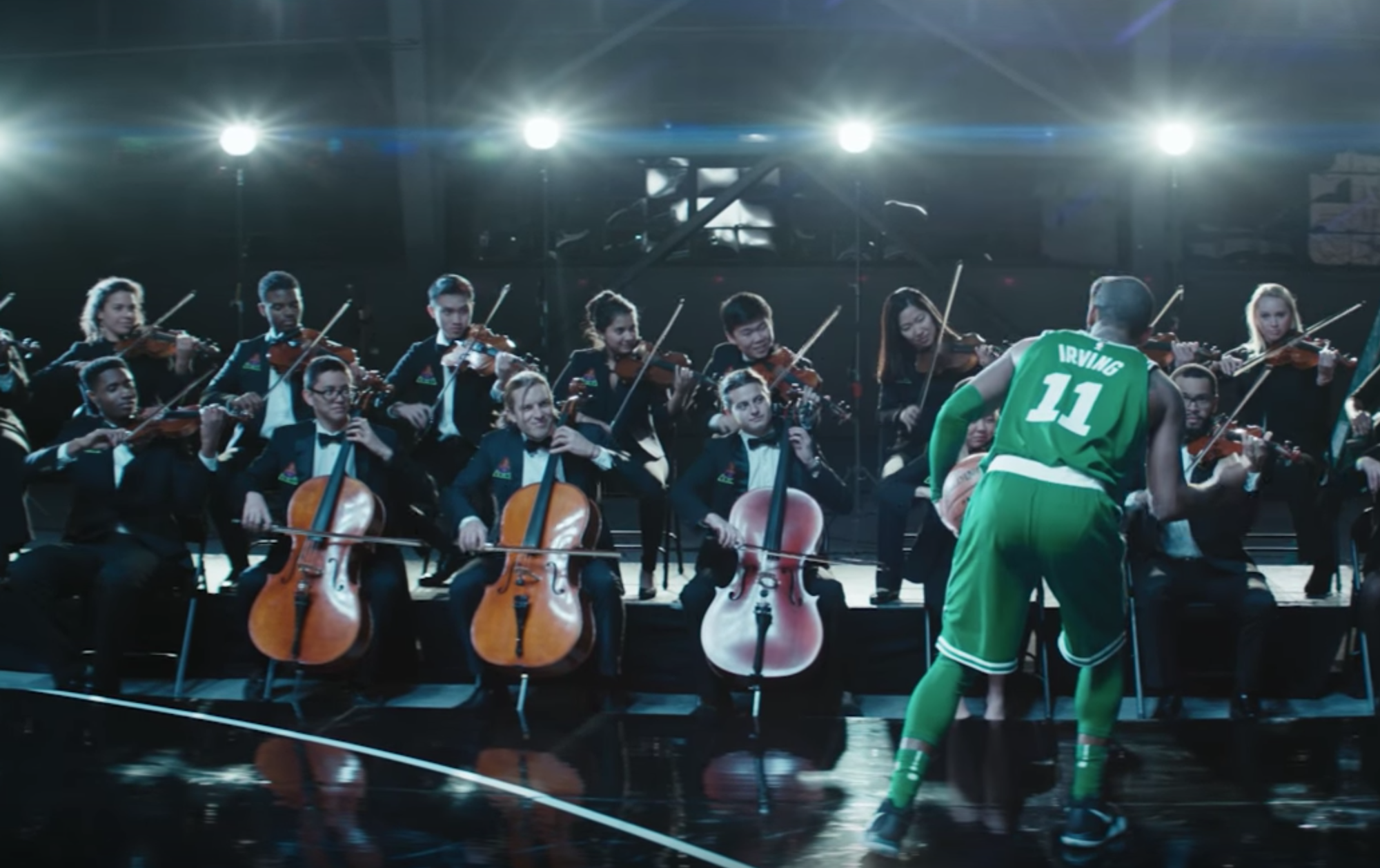 November 27, 2017 seemed no different than any other prosaic Tuesday morning for most Belmont Hill students. Like his peers, Austin Kwoun ‘18 had expected nothing other than his regular course load; that is, until he received final notice to contribute to Kyrie Irving’s latest commercial. Departing campus after second block, Austin embarked on a ten-hour adventure that landed him in the backdrop of a Nike Ad.

Among Belmont Hill students, the buzz around Austin’s participation in the commercial did not stop short of mania. With the Celtics having enjoyed an unprecedented win streak with new all-star addition Kyrie Irving that week, basketball had quickly resurfaced to the forefront of the Boston sports scene, and so it made perfect sense that Austin’s feat would strike a particularly strong chord with students. In Austin’s absence in the classrooms that day, excitement levels ran high, and everyone both fantasized about and envied his proximity to the basketball star. When Austin posted a series of Snapchat stories that provided a glimpse into the commercial’s set-up, Belmont Hill students marveled at the sight of Celtics rookie standout Jayson Tatum and Patriots wide receiver Rob Gronkowski each playing a role in the production.

Despite frequenting the spotlight when playing his violin, the process that led Austin to Shea Memorial Hangar that morning was foreign to him. From experiences at Belmont Hill and New England Conservatory events, Austin has flawlessly practiced, memorized, and performed concertos from memory in front of hundreds of listeners at a time. Successful experiences with solo opportunities familiarized Austin with taking an active role in pursuing music-related opportunities, and his exposure to intense musical environments equipped him with a strong sense of artistic versatility. Nonetheless, after auditioning alongside two of his friends from his New England Conservatory quartet with a video-sample, Austin was still shocked to hear from the producers a month later.

“It was unexpected, to say the least,” said Austin about the selection process.

Upon arriving at the hangar at 11:00 am and tackling the necessary paperwork for three hours, the ad’s directors gave Austin instructions to practice Vivaldi’s “Summer” from The Four Seasons. Given freezing temperatures and the paucity of practice time, Austin and his peers only played for show with the understanding that the producers would dub their music in the commercial in the editing process. By 3:00 pm, Kyrie Irving arrived on set with his entourage. “We watched in awe as he stepped onto the shiny black half-court that Nike had laid down. He was close enough that I could see each tattoo on his arm,” commented Austin. After recording a series of takes where Kyrie sported his skillful handles for the camera, Tatum and Gronkowski joined the set a few hours later for their own features before calling it a night at 9:00 pm.

Since the commercial release, the ad has gained popularity online and on television. For the Belmont Hill community, the commercial breaks have become more entertaining than ever as they see one of the school’s own on a national stage.